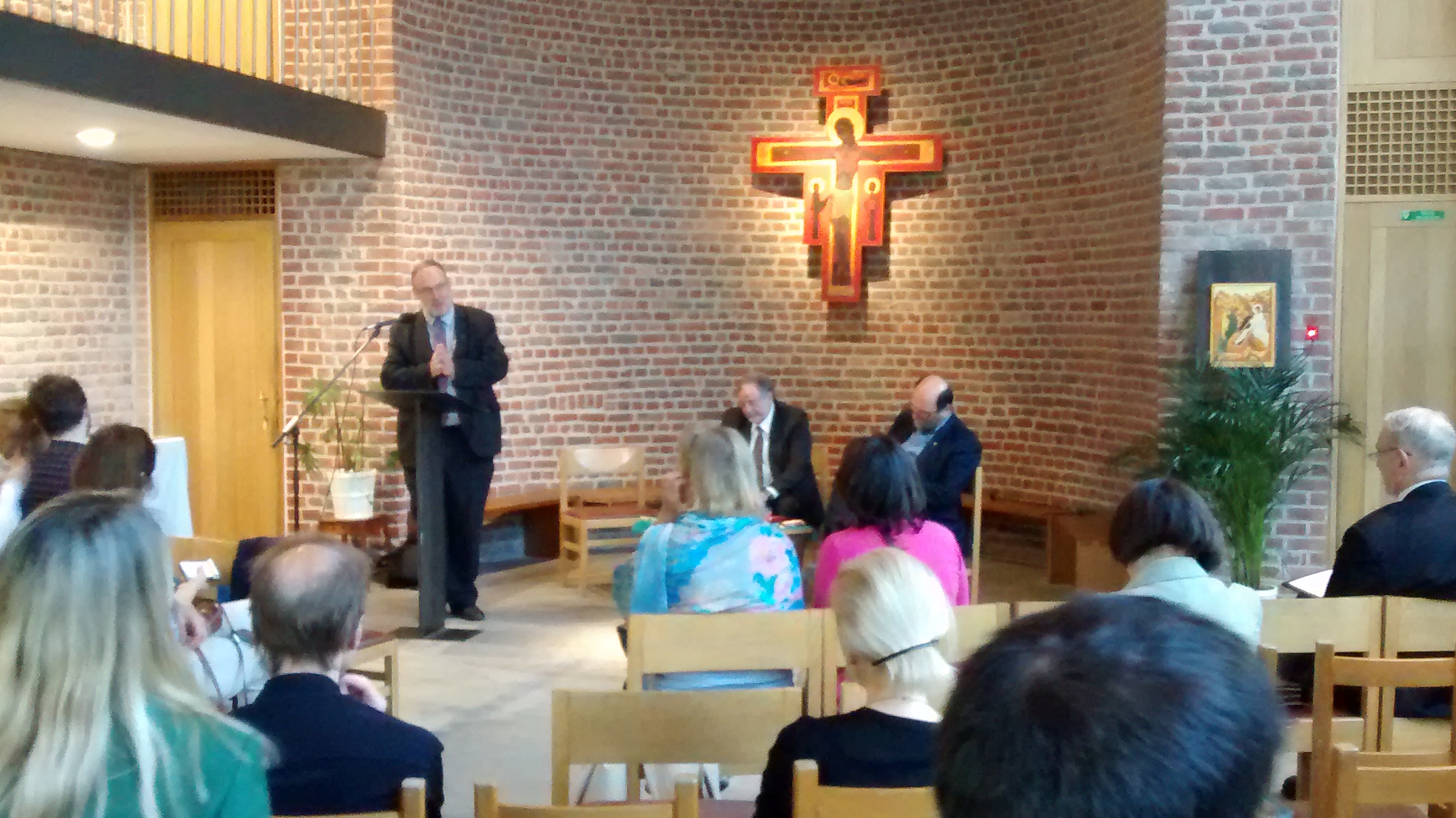 On 22 May, JESC and the Chapel for Europe co-organised an event on “Catholicity, Universality and the Crisis of the European Union”. Guest speakers were Professor José Casanova, from Georgetown University, and Michael Kuhn, Deputy Secretary General of COMECE, with a debate moderated by Martin Maier SJ, Director & Secretary for European Affairs of JESC.

Professor José Casanova reminded the audience of the role of Christianity in the formation of the EU, arguing that the reconciliation between Catholics and Protestants and France and Germany were crucial for the European project to be possible. The problem of Europe, Professor Casanova argued, is that it has still to learn how to live in a pluralistic society, which is not necessarily relativistic, and to rethink what it means to be European in a global age. We should be able to agree on some core principles at the EU level, but that should not amount to legal uniformity and the subsidiarity principle should be respected, as local governments are better positioned to make laws that are sensible to their specific contexts.

Michael Kuhn, who has been in COMECE for 20 years, spoke about the evolution of the relations between the Catholic Church and the European Union, arguing that the Catholic Social Doctrine has valuable contributions to offer to the European project but they should not be seen as finished proposals, as they have to take into account the current reality.

After these addresses, a lively debate followed with the audience.