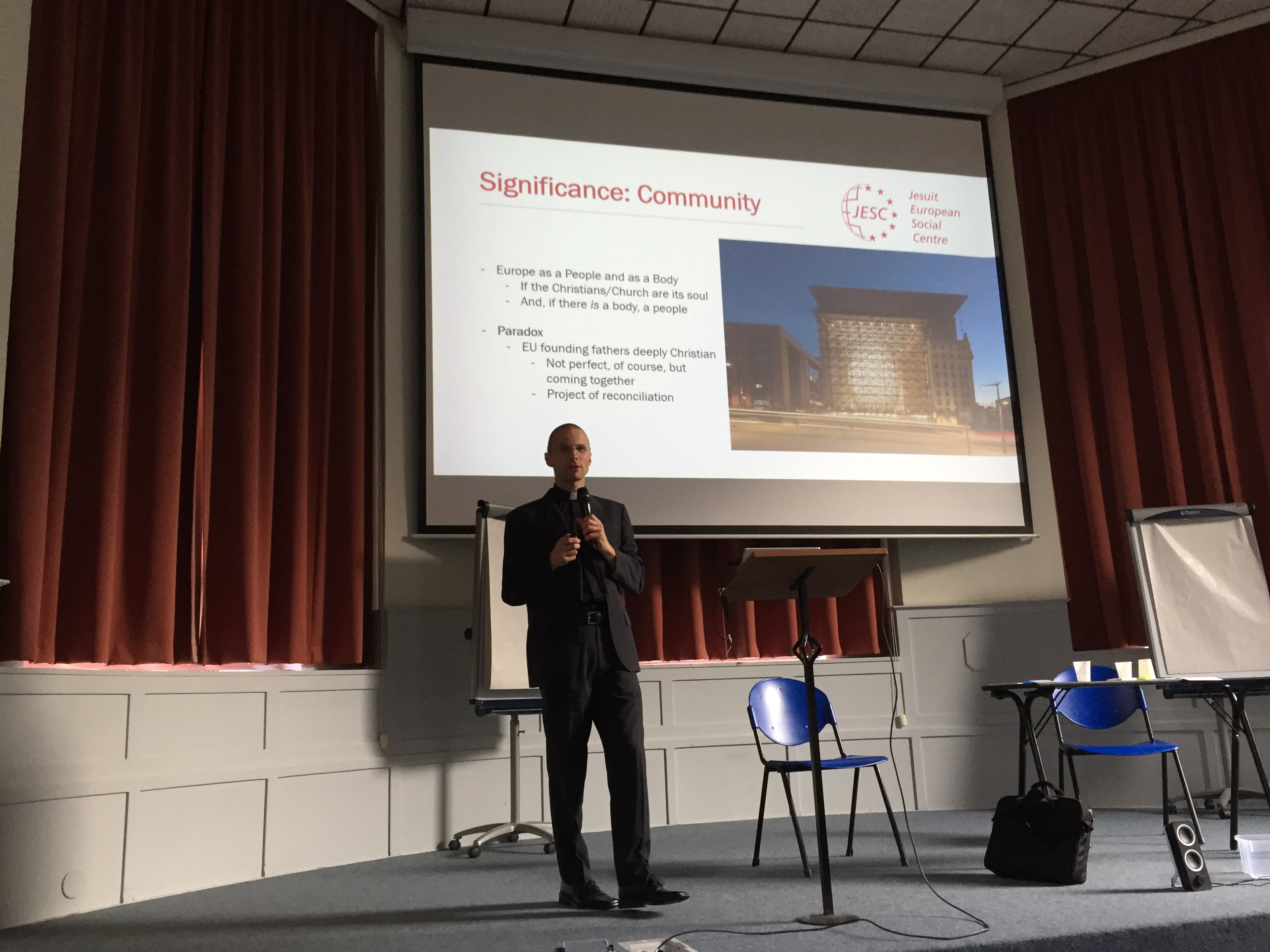 On Tuesday, July 24, the Jesuit European Social Centre (JESC) participated in the opening day of the International Alumni Congress organised by the Sozialinstitut Kommende Dortmund. The congress, which took place in Brussels, was inaugurated by His Eminence Peter Cardinal Turkson, who dealt in his keynote address with the issue of Europe’s identity and the Christian obligation for solidarity.

After these introductory remarks, Cardinal Turkson presided at Holy Mass concelebrated by Director Prelate Dr. Peter Klasvogt, from Kommende Dortmund, and Father Peter Rožič SJ, JESC Director, and others. The Mass was followed by dinner. The day concluded with a speech by Father Rožič SJ on the “Church in Europe: Significance, Challenge and Perspectives.” 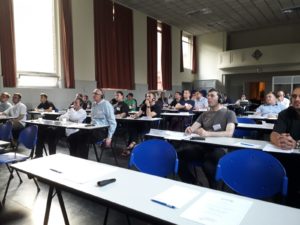 Using Holy Scripture and other resources, Father Rožič suggested the possibility of thinking of Europe as a united people if the Christians are its soul. He outlined the work JESC is doing in three areas of utmost importance for the future of the EU: migration, ecology and leadership. He also pointed out several challenges that the Church and the EU are currently facing. In this endeavour, JESC’s intern Javier Merchán contributed to the presentation with a few words on how to deal with such challenges from a EU perspective.