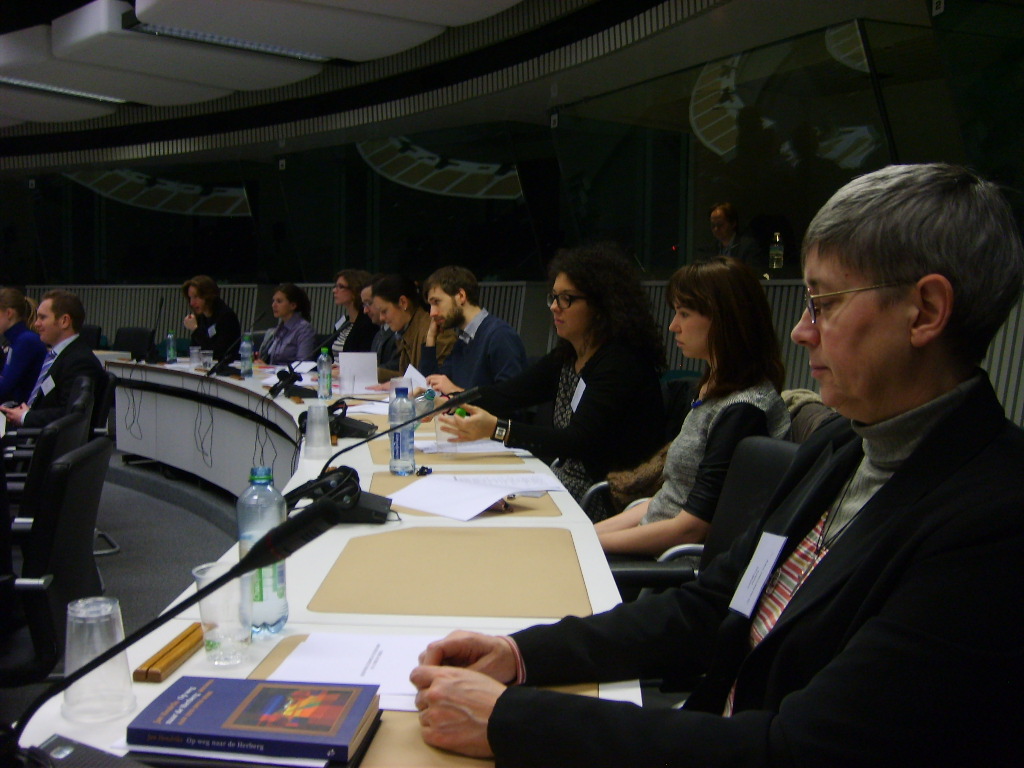 Some people may suggest that politicians and public officials are faced with too many urgent and practical problems to let themselves be distracted by those fundamental theoretical questions best left to philosophers and political scientists. Our conference – organised by JESC with a small group of distinguished academics in different fields, and kindly supported by the European Economic and Social Committee – relied on the opposite belief. Citizenship is itself in crisis – a crisis that needs to be met if other crises are to be tackled effectively.

The deeper the social and economic crises, the more people are affected by them, the more that citizens as a whole must be actively involved in responding. Without such an active contribution by citizens, politics could be imagined as a technical operation, in which decision are made by electees under the expert guidance of their specialist advisors (though privately influenced by the most powerful special interests). That kind of elitism would amount to the triumph of the empty form of democracy over the democratic ideal. It would leave politicians out on a limb, neither truly ‘representative’ nor truly accountable. These possible outcomes, these ‘woulds’  are a danger where citizens at large lose trust in national and suprantional political institutions. 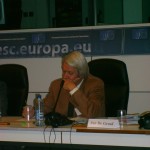 Politics concerns justice and so ethics, and these are everyone’s business. Citizens have inalienable fundamental rights but also responsibilities: and the possession of rights in no way guarantees the quality of political participation, at the level of nation states or of the European Union. The fact that 2013 is the European Year of Citizens offers the best opportunity to stimulate such participation.

Our conference brought together academic, politicians and European officials with civil society organisations involved in education for citizenship. It sought to embody the active citizenship it recomended. 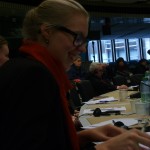 The position paper was at the heart of the discussion. The three extended academic papers behind it will soon also be available on http://www.citizenship-education.eu. But the conference itself also considered the roots of Euroscepticism (rooted in passivity and the sense that ‘my voice doesn’t count’); the complex relationship between human rights, ethics, and education; the balance between rightly recognising the advantages brought by European citizenship and contributing to the betterment of public life.

The projects presented can all be sampled through their own websites. The Flemish initiative LetsGo5050 offers intergenerational encounter between the ‘over 50s’ and young people, so as to imagine a future Europe. The SocialErasmus project of the Erasmus Student Network promotes student exchange and the discovery of European diversity. Our democracy works through political parties and groups, so we invited the youth wing of a specific political group, the European People’s Party (whose website presents their contribution. We heard also from the EU institutions themselves, which also run citizenship projects, as in the European integration project of the Jean Monnet Programme and the Council of Europe’s project of ‘Citizenship and Human Rights Education’.

Our final panel was drawn from the European institutions. The European Economic and Social Committee is precisely designed by represent and promote active citizenship. Andris Gobins explained this European Year of Citizens less as the search for some new idea than as a recovery, a refreshing, of the very ideals that lie at the heart of the European Union; Jutta Koenig of the European Commission showed how the Commission’s work (both empowered and restricted by the terms of the EU treaties) seeks to reach beyond its necessary core function of promoting citizenship rights; and Leonidas Donskis MEP showed how responsible politicians of the EU must always reconcile two narratives: of their direct responsibilities to those compatriots who elect them, and of  a broad European vision faithful to a centuries-old reality of transnational European culture.

In summing up, Laurent Grégoire, President of JESC’s ‘parent organisation’ OCIPE, and a lifelong European, integrated the two dimensions of European citizenship. We must not only ‘know the law’ but we must ‘know Europe’ – something of its history, its rich and living culture and cultures – and must take our own share of responsibility for Europe’s future.