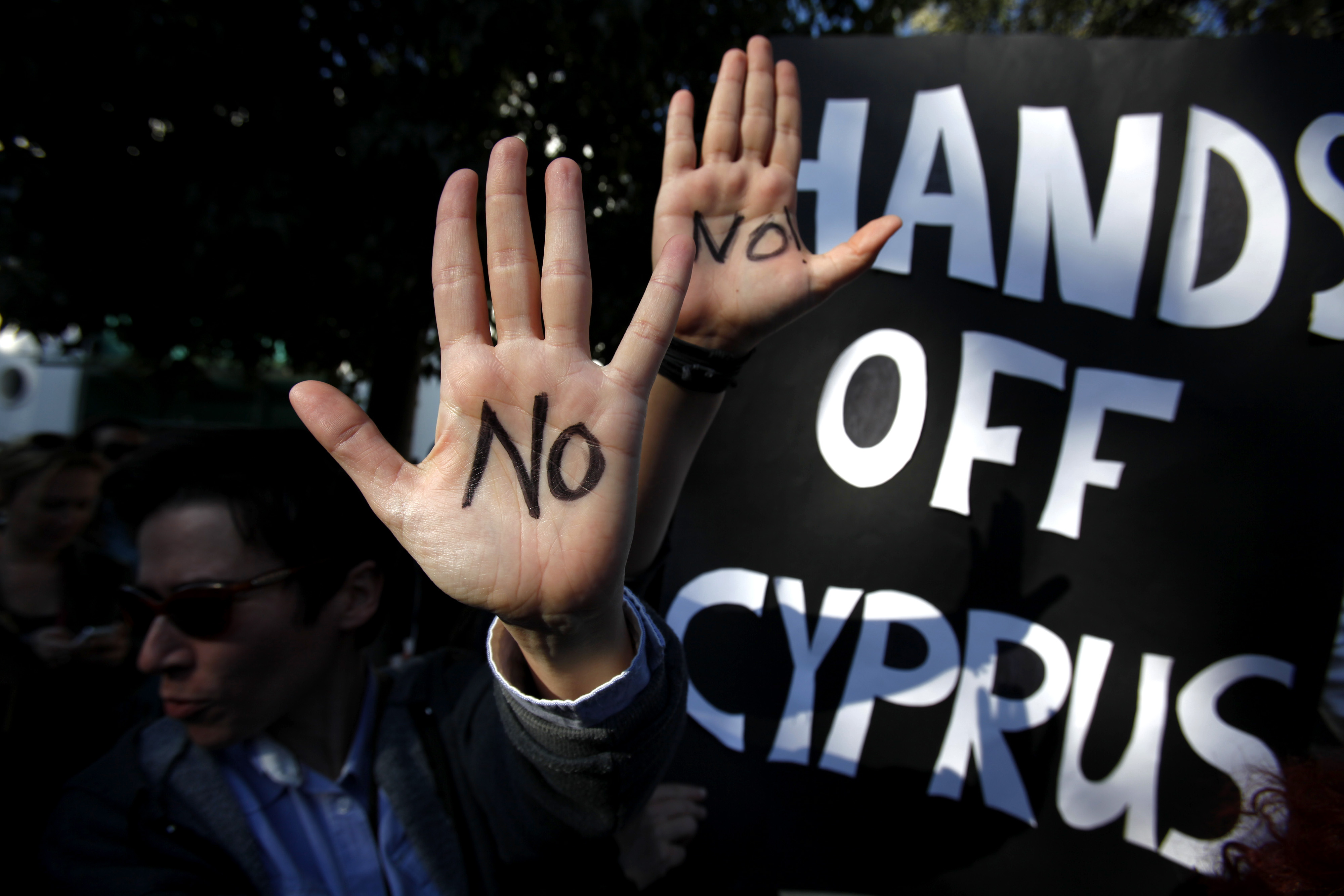 Protesters hold up their hands as they protest outside the parliament in capital Nicosia, Cyprus, Monday, March 18, 2013. A vote on a bailout package for Cyprus that includes an immediate tax on all savings accounts has been postponed until Tuesday evening. Yiannakis Omirou, the speaker of Parliament, said the delay was needed to give the government time to amend the deal reached over the weekend that prompted an outcry from those who thought their money was safe. In order to get euro 10 billion ($13 billion) in bailout loans from international creditors, Cyprus agreed to take a percentage of all deposits  including ordinary citizens’ savings  an unprecedented step in Europe’s 3 ½-year debt crisis. (AP Photo/Petros Karadjias) 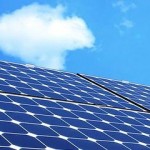