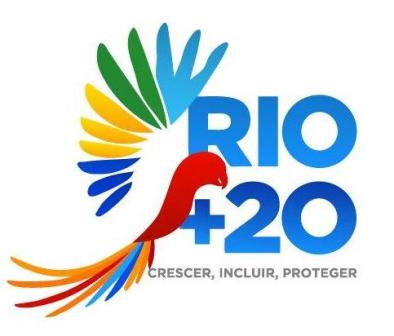 The United Nations Conference on Sustainable Development, also known as Rio+20 in commemoration of that celebrated in Rio de Janeiro in 1992, culminated in the agreement entitled “The Future We Want”, a 53-page text that has not aroused the enthusiasm either of the public or of the experts. It did, at least, provide some success in concluding a conference that had to face enormous challenges. Besides, the memory of the failure of the Copenhagen Conference, in 2009, is still very vivid.

The most widespread criticism, of the final agreement’s limited ambition, might also explain the scant attention the Conference drew from the world’s media. We cannot forget the context of the slowdown of global economic performance which, at least in the case of Europe reinforces sense of economic turmoil and public indebtedness that the Summit could not ignore.

Rio+20 was intended to meet the two major global challenges of our time: poverty and the environmental crisis. Although one might think these require divergent responses, in fact they reinforce each other. While countries like China, India or Brazil have millions of people leaving poverty behind in order to join a diffuse middle class, the global environment has seen a deep deterioration, especially marked by the accumulation of greenhouse gases and their potential effects on climate change. We should add the devastation of natural resources, crop production oriented to bio fuels rather than to food, the overexploitation of fisheries, land grabbing in Africa or the dramatic increase in the exploitation of mineral stocks (such as gold or ‘rare earth’ metals). In Mexico alone, over the years 2000-2010, gold mining production exceeded that of the entire period of the Spanish colonisation that lasted more than three hundred years (191 tons as against 491 tons in the first decade of this century). The balance is positive in terms of poverty alleviation, but clearly negative on the side of the environment (in relative terms), as the planet’s population grows and the billion of people living on less than 1 dollar daily is not reduced. Unfortunately environmental damage also affects livelihoods, and undermine the sustainability of present gains.

Rio+20 was meant to be a new stimulus for environmental protection. Unfortunately social policies did not feature on the negotiation agenda as many of the participating states would not pass a minimum test of transparency, good governance or respect for human rights. To find a formula that could integrate the concerns of the environmental impacts of human activity with the legitimate right of states to assist their citizens out of poverty the term ‘green economy’ was coined. In the most positive perspective this phrase signals a movement toward renewable energies, more efficient systems of production and more responsible consumption patterns. At its most negative, it signals business as usual, adding a new market that will attract new investment, by offering good returns for those new technologies that can gain social approval.

After the summit, however we know little more about the green economy because Rio+20 has not developed this concept, has approved no implementation mechanism, no agreed timing and, of course, no budget. The proposal to reinforce those UN bodies related to the environment (to upgrade the Commission for Sustainable Development and the Environment Programme) was turned into a mere request to the UN General Assembly, a way of delaying the negative response.

The European Union has played a low-key role in Rio, largely, no doubt, because of its difficult economic situation. Similarly, the pre-electoral context of the USA has led its administration to keep a low profile. The diplomatic leadership was taken almost exclusively by Brazil, perhaps a sign of further changes in the pattern of global leadership. Everybody has recognized the capacity of Brazilian diplomats to compose an agreement while avoiding states’ red lines; the points they found utterly unacceptable, and in seeking the best that could command universal assent (which is therefore inevitably unsatisfactory to some). The ‘World We Want’ has proved to be a world quite similar the world we already have.