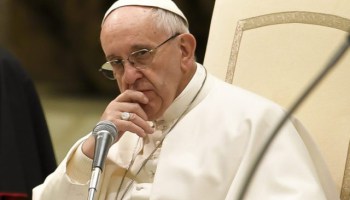 With the participation of Pope Francis, COMECE is organising a Dialogue Congress on the Future of the European Union in the Vatican at the end of October.

In the beginning was the idea: the unification of Europe. In 1923 Richard Coudenhove-Kalergi wrote his programmatic book “Pan-Europe”, in which he set out his proposal for a European federation of nation states stretching from Poland to Portugal. In 1940, during World War II, Jacques Maritain expounded his vision of a federalist Europe built upon the foundation of Christian principles.

In an article entitled Europe and the Federal Idea for The Commonweal Magazine (April 1940), he prophesied that: “A federalist Europe can only live through the spirit of Christianity. It is obvious that all great ideals can be betrayed; however, it is equally clear that the hope of this ideal is the only one that remains for us. And there are enough indications to be able to rightly claim that the hope is becoming reality despite all of the failures and miseries simply associated with human matters and, perhaps, also despite repeatedly having to start again from new.”

During the memorial ceremony in his honour held at the European Parliament in Strasbourg, Jean-Claude Juncker praised him as a true patriot not only of Germany but also of Europe. Former US President Bill Clinton declared that Kohl had wanted a world in which cooperation mattered more than conflict: “He wanted to create a world where nobody dominated over anybody else.” European Parliament President Antonio Tajani paid tribute: “Everywhere and at all times, he defended human dignity against walls, against iron curtains and against totalitarian regimes.”

This is the broad context for the Rome Congress, which COMECE, together with the Holy See, will be organising at the Vatican between 27 – 29 October 2017 to mark the 60th anniversary of the Treaties of Rome. The theme is “(Re)thinking Europe – a Christian contribution to the future of the European Union.” 350 participants representing the Church, religious movements and the world of politics will reflect (anew) on the challenges currently facing the EU.

During a recent dialogue seminar between the churches and the European Commission focused on the White Paper on the future of the Europe and the way forward published in March 2017, the critical observation had been made that the given horizon – looking ahead to just 2025 – was far too short. After all, the founding fathers of European unity had created their forward-looking vision in terms of several decades.

An article entitled “Les labyrinthes du politique” (“The Labyrinths of Politics”), published in spring 2011 in the French cultural magazine “Esprit”, had advanced a similar argument. A distinction is drawn between two different temporalities in the world of politics: first, a short-term temporality that obeys the constant demand for urgency and the pressure of elections and the media. Second, there is a long-term temporality that addresses the major political problems of climate change, public debt, global inequality and demographic challenges. The author happens to be Emmanuel Macron, the current President of France.

Long-term temporality has always been preferred by the Church, thanks to her centuries-long history and political independence. Of course, people can ask what the many roundtable discussions and debating events on the future of Europe will ultimately be delivering in terms of “realpolitik”. The German cultural philosopher Georg Simmel (1858-1918) argued: “Nothing has ever happened in the world in the way exactly envisaged by prophets or great leaders. But if there had been no prophets or leaders, nothing would have happened at all.” The same is true for the history and future of the European Union.