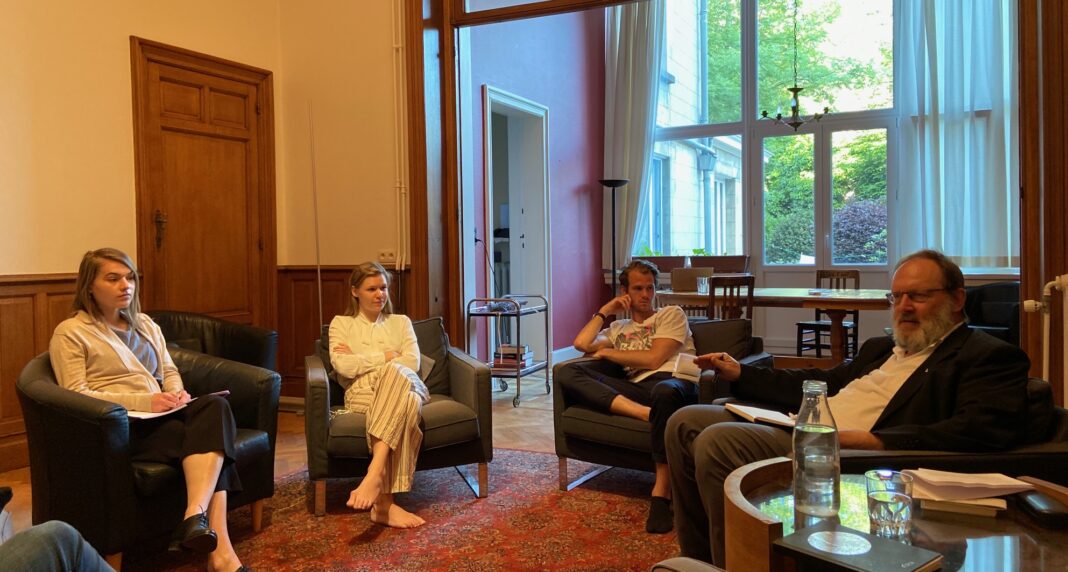 This reflection was sparked by Martin Maier SJ’s presentation on the controversial topic of “Religion and Politics.” Besides, it was “My Generation” by the 60s band ‘The Who’ and their iconic ideological quest to find a place in society that is underlying this reflection.

People try to put us d-down

Just because we get around

Future generations “get around” and live in a connected, complex, and global community. What has the Church on offer, how can the Church truly appeal to future generations?
The future of our faith depends on our ability to be truly present to one another right now. The Church needs to seek change that will provide everyone (all Roman Catholics) the opportunity to participate fully in Church life and leadership.
The canonisation of John Henry Newman, a 19th century cardinal from Britain, about half a year ago proofs that the Church is in principle capable to reflect on its actions and style of leadership. Newman left us with a legacy that leaves us with two key ideas: first, the Church must listen to its local congregations, or laity, thus future generations; and second, the Church teaching, or doctrine, “develops” over time. Newman was lauded as a saint that our age desperately needs, a theologian who could “advocate without accusation” and “disagree without disrespect”.

According to Newman the power of the Church is that you can be totally part of your local culture but also part of the universal church. This concept of subsidiarity – where political decisions should be taken at a local level if possible, rather than by a central authority – cries for revival. It can only be a revival and is not a continuance because this would imply that the Church is already truly engaging with future generations about their common – all-encompassing – path.

Things they do look awful c-c-cold

Instead, young generations are facing hierarchies, dogma, and doctrine – without vision and dwindling value…Young generations can stick and keep up with a loving, global, imperfect Church. But why should they stick with a Church that is objecting change, disregarding the visions of its members and cannot articulate a (sound) vision for future generations?

I hope I die before I get old

Many religious orders are formally collaborating with lay men and women in an effort to increase awareness of their charisms. The ELP is one of those examples where future generations can be steeped in Ignatian spirituality – engage in dialogue and meet on equal footing/terms.
As such this contribution was sparked by Fr. Maier´s presentation and the unmistakable vision of his understanding of a clear separation of religion and politics and what we can learn from the horrors of the past and where killing was justified by religious means. Nevertheless, Fr. Maier made also clear that religion has a social and political dimension and Jesus can be considered as a rebel of his time. Therefore, it would be wrong to differentiate between religion and politics because politics needs values and the Church has expertise.

The Church can look back at many great achievements in the past but to appeal to future generations it needs to reconsider its approach of engaging in society. Even though the values the Church is promoting are universal the way they are perceived is contextual. Concepts of the past such as strict hierarchies, a top-down approach, and unchallenged wisdom might still be working in some parts of the world and be appealing to institutions – but has Newman’s teachings not exemplified that the Church can and should/must change its mind over certain subjects?

That there is no “Sunday for future” can be considered as a relief because this means leaders are not challenged and do not have to reflect and are not held accountable. So, no reason to worry because everyone is happy? The values and principles the Church is built upon might indicate something different compared to the doctrine that forms the Church’s s actions right now.

Instead of letting future generations to hope to die before they get old, we should reconsider the core principles of this mighty institution and engage in decentralised dialogue to come up with an institutional change that can supplement its universal values. Let’s talk instead of turning away from each other and work on the unique selling point the Church can offer future generations – Talkin’ ’bout my generation.

How to overcome the new West-East division in Europe