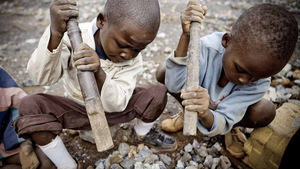 On 3 April 2017, the European Council formally adopted a regulation on the responsible supply of minerals which had previously been approved by the European Parliament on 16 March 2017.  The objective of this legislation is to put an end to the financing of armed groups through the trading of so-called conflict minerals.

The origin of this text is the significant pressure exerted for many years by civil society and which finally resulted in a European Commission proposal in March 2014. The first version, which was an entirely “voluntary” set of rules was made into a legally binding obligation by the European Parliament in May 2015, before being scaled down at a trilogue with member states. The final text is therefore the result of a compromise with little ambition.

Due diligence: a process of vigilance that identifies, prevents and manages risk

These legislative measures are directly inspired by the Organisation for Economic Cooperation and Development (OCDE) Guidance for responsible supply chains of minerals from conflict-affected and high-risk areas. This multi-party initiative is internationally recognised in the field. It provides that due diligence is a best-efforts undertaking rather than having a results-driven focus and that it is adapted to the size and to the position of the company in relation to the supply chain.

Under the new regulation, as from 1 January 2021, companies “upstream” of the supply chain, namely those concerned with extraction, smelting and refining of the four minerals, which have been targeted by the regulation; gold, tantalum, tungsten and tin, will have to obtain their materials in a responsible manner.  This assumes that they will implement a process of due diligence in order to ensure that the minerals involved do not fuel human rights’ violations nor the financing of armed groups.

Whilst civil society welcomes that mandatory traceability finally is imposed on some companies, it regrets the lack of political commitment that makes it a partially missed opportunity for a number of reasons.  Among these reasons is the fact that “downstream” i.e. processed and final products that appear further down the supply chain are exempt from this duty of care whereas the European Parliament in 2015 had intended the regulation to be binding for the whole of the supply chain.  In addition, only four minerals are affected whereas potentially all minerals can lead to human rights’ violations and the financing of armed conflict.

Member states have demanded a certain threshold from which import companies will be exempt from a duty of care. For example, in the case of gold these exempt quantities can represent significant amounts.  A list of suppliers considered “responsible” will be drawn up, thereby considerably limiting the responsibility of those undertakings making use of this list.  Finally, the text will not be applicable until 2021, a period at least difficult to justify rationally in view of what is at stake.

Towards a treaty on business and human rights

These exemptions create loopholes that seriously limit the range and efficacy of the regulation and consequently risk not being able to fulfil the objective of breaking the link between European trading of minerals and armed conflict.  It is to be hoped that the revision clause anticipated in article 17 of the regulation will eventually allow for the extension of the duty of care to companies at the end of the supply chain as the European Parliament had originally wanted.

It is all the more crucial that European law is adopted since Donald Trump announced in February his intention to overturn clauses in the so-called Dodd-Frank legislation which provide for a duty of care on the importation to the USA of the four minerals in question. At the same time, negotiations are taking place within the United Nations for the adoption of a treaty regarding companies and human rights, a new opportunity to make multinationals more responsible and to regulate global supply chains.