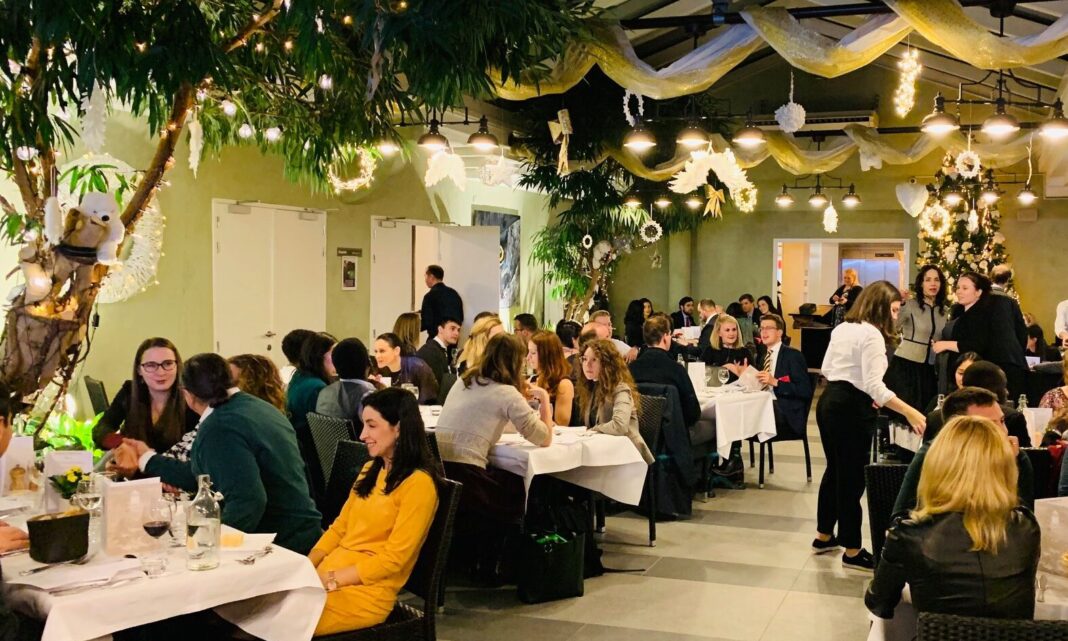 Cornerstone is a Brussels-based network of young professionals who gather around the Person and leadership principles of Jesus for both inspiration and progress in their personal and professional lives. Our aim is not to only bring together “religious” people but anyone who is interested in the principles of Jesus regardless of their background.

Working for more than two years in the “shark tank” of politics, I faced many difficult office situations. The spiritual and practical support that I received from my friends at Cornerstone and other followers of Jesus who work in the EU institutions have been essential to me. Jobs, offices, supervisors and even political groups change easily. But the bonds you make through faith remain.

How I got to know Cornerstone

As a Member of the European Parliament’s intern, I was drawn to the happy hour at Place Luxembourg, known as PLUX. Gathering with many other interns, staff and lobbyists socialising over plenty of beers is the thing to do on a Thursday night. The same night, however, a Christian university ministry held a gathering, and I hopped over to the spiritual gathering. That same night they showed the movie “God’s Not Dead,” where a college student has a debate with his professor over the existence of God. The movie spoke to me and I decided to walk with Jesus through my internship. This changed the whole perspective of my stay at the House of European Democracy. I attended Bible study and a quite expressive prayer group that gathers weekly in the Parliament’s Mediation Room. I did not know yet that these lovely Slovak, French, British, Dutch, and many more people praying weekly for the EU would become my true friends over the coming years.
Two years later, I saw a job add on Linkedin with a political group, which brought me back to Brussels. This time, I tried to find more prayer groups and was referred from one Commission official to the next, only to be redirected to the Parliament. This is where I met a member of the Cornerstone team. Soon it became clear that the parliamentary Prayer Breakfasts in Washington, Berlin, Budapest, Brussels, and many more capitals have one thing in common: Jesus of Nazareth.

Indeed, Cornerstone originally started in early December of 2006 as young professionals of the ‘Brussels Bubble’ decided to gather on the evening of the European Prayer Breakfast with dozens of visitors for dinner and discussion. With people coming from all over the world for the European Prayer Breakfast, often working in government-related spheres, and a keen interest in how the Person and principles of Jesus of Nazareth could inspire them, the need to form a network in Brussels appeared and was matched with energy to get something started. In the following months and years, several small groups of young professionals in diplomacy, civil society, corporations or the public institutions gathered on a regular basis to look more closely at Jesus and reflect on questions and challenges they were facing, whether personal or professional. This grew into a network which survived the high turnover of people coming to and leaving the city, took on the name Cornerstone (a stable, foundational stone on which the walls of buildings rest) and maintained the annual dinner as the highlight of the year.

We host the Cornerstone Dinner on the evening after the annual European Prayer Breakfast (early December). We provide a space where young professionals can be private and share their personal views, concerns, values and beliefs. Multiple times we experienced that that gathering around the person of Jesus creates deep bonds between the participants. These friendships provide support and counsel in difficult life and work situations, and to celebrate the joyful times. We aim to view our colleagues with love and humility rather than only judging their performance. This creates a different perspective in the competitive environment of the EU institutions and other workplaces where self-centeredness is prevalent.

Every spirituality has a story

IXE Statement on the rule of law