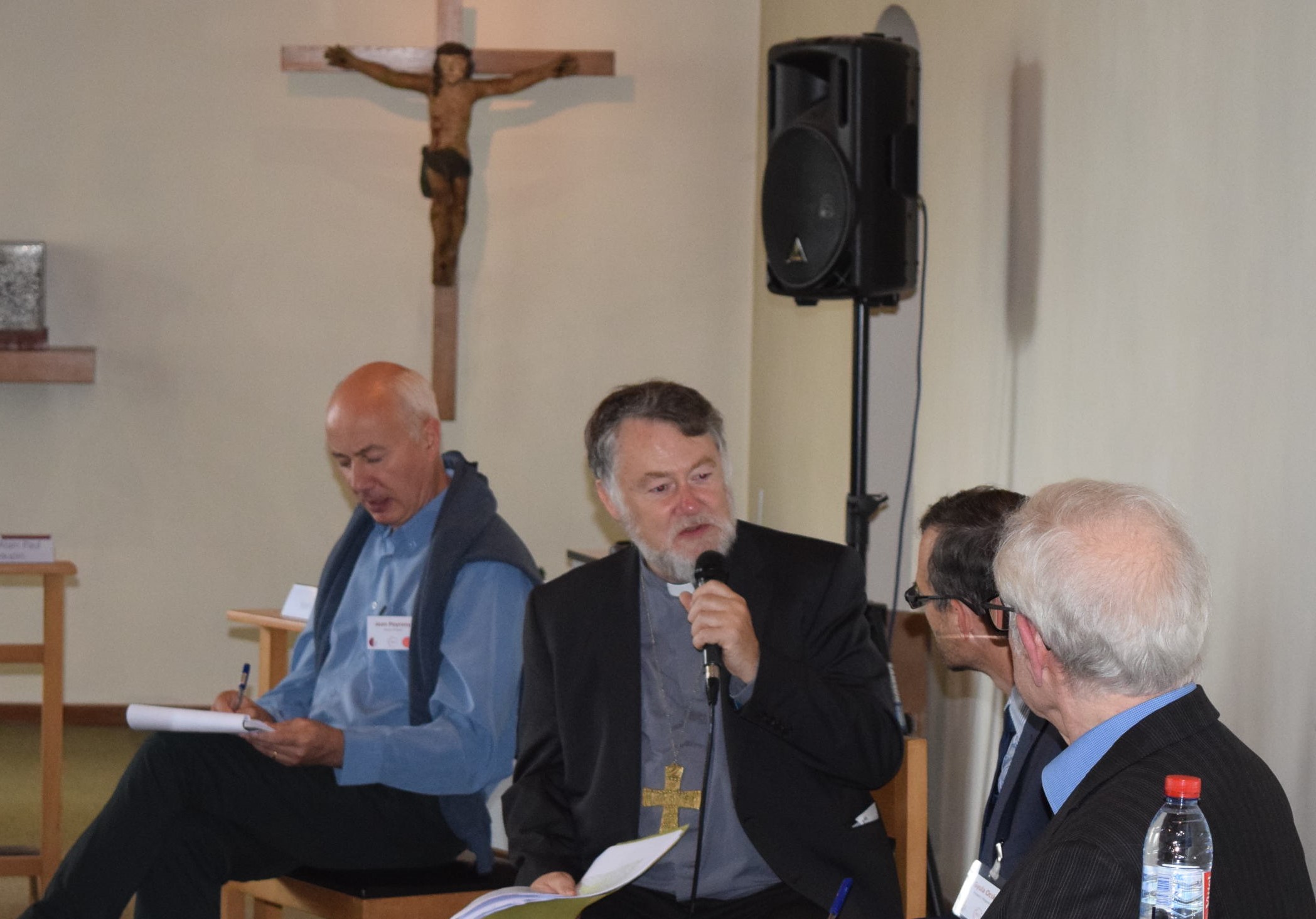 September 22, La Pairelle (Belgium). Gyula Ocskay, the General Secretary of the European Institute of cross-border studies, open the third session by asking the workshop participants to describe Europe by artistic works and emphasised the importance of understanding the so-called “cultural divides.”

You can follow this panel as well as the entire workshop through a photo album and twitter.

Philippe Herzog, the Founder and honorary president of Confrontations Europe and a former Member of the European Parliament, said that “The common good cannot be build without values, especially democracy and build a richness of diversity to fulfill the ideal of unity. This means understanding the “other.” We have to co-construct Europe.”

Mgr Jean Kockerols, Auxiliary bishop of the archdiocese Malines-Bruxelles, who began by sharing his experience in diversity: “I am amazed by the incredible diversity in Brussels, having Sunday Eucharist in twenty-three different languages. Diversity in Brussels is a blessing.” Moreover, in emphasising the role of Christians, Mgr Kockerols said that “our Christian faith gives great importance to history and to memorial. That is what we do in celebrating the Eucharist. We need to remember our historical and spiritual sources. Europe can be considered as a union if Europeans know where they are coming from.” Finally, the Bishop emphasised that “the core mission of Christians is listening. By listening, we can improve Europe as a sign of catholicity and be involved in building bridges. And, we are nourished by hope.”

Jean Peyrony, the General Director of the Transfrontier Operational Mission, shared: “I read the speeches of the Pope, which I found inspiring and inspirational for my cross-border initiatives work in Europe.”

As a principal panel discussant, HE Mgr Alain Paul Lebeaupin, the Apostolic nuncio to the European Union, expressed the intention of the Holy See to support the year of European cultural heritage by issuing a special 2 Euro coin representing a Laocoön. “We have to build a community, by seeing that unity makes our culture. We have to be experts in building bridges.”

To conclude, the session found that Europe’s cultural diversity is one of its greatest resources. In contrast to new identity discourses, it can be demonstrated through this diversity that the foreign, the other, is not a threat to our identity but an enrichment. Pope Francis emphasizes that European identity is and always has been a dynamic and multicultural identity. The promotion of cultural exchange, especially between East and West, could contribute to bridging the political gulfs that have recently opened up, moving towards a pluri-national democracy, based on an European civil society and trans-frontier dialogue that is also open to the rest of the world. As Pope Francis said, “Today more than ever, the founding fathers’ vision inspires us to build bridges and tear down walls.”