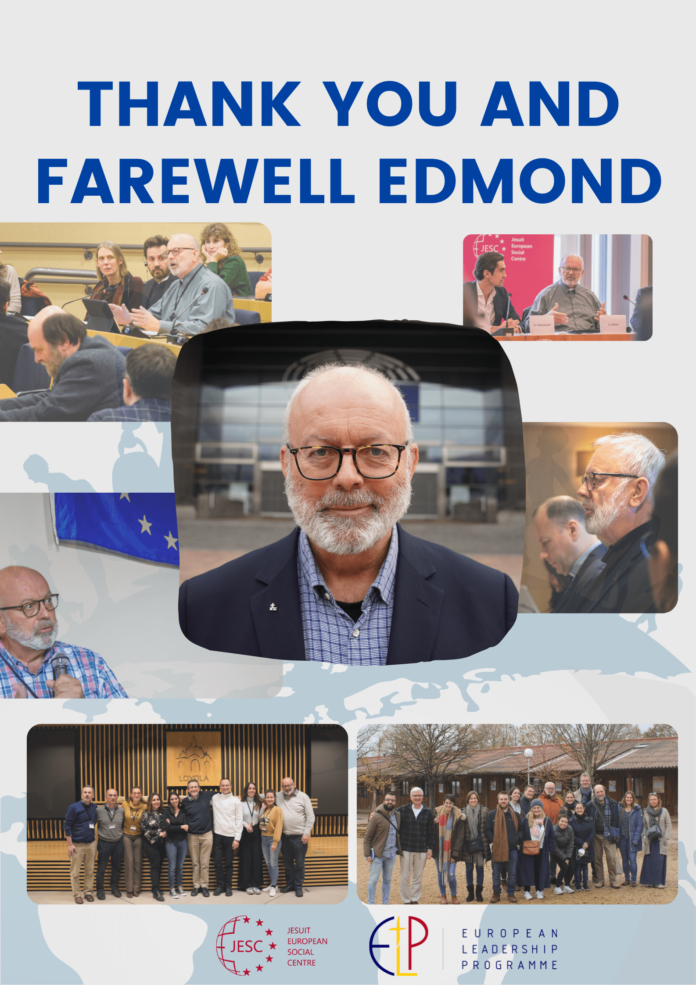 With Law degrees from Trinity College, Dublin and Columbia University, prior to joining JESC in late 2018, Edmond was an advisor to the Irish National Dialogue on Climate Action (NDCA), appointed by Minister Denis Naughton. He also had vast experience in citizen juries, he wrote articles and the book Democracy and public happiness and gave lectures on law and political theory, among others.

During his time as JESC’s Secretary for Ecology, Edmond had a number of relevant accomplishments:

We are grateful for all the gifts Edmond has brought to JESC. We wish him all the best in his new endeavours and are looking forward to his continued collaboration with JESC through the Faith & Politics workshop, ELSiA, the Passion for Europe retreat in September as well as the continued promotion of his book.