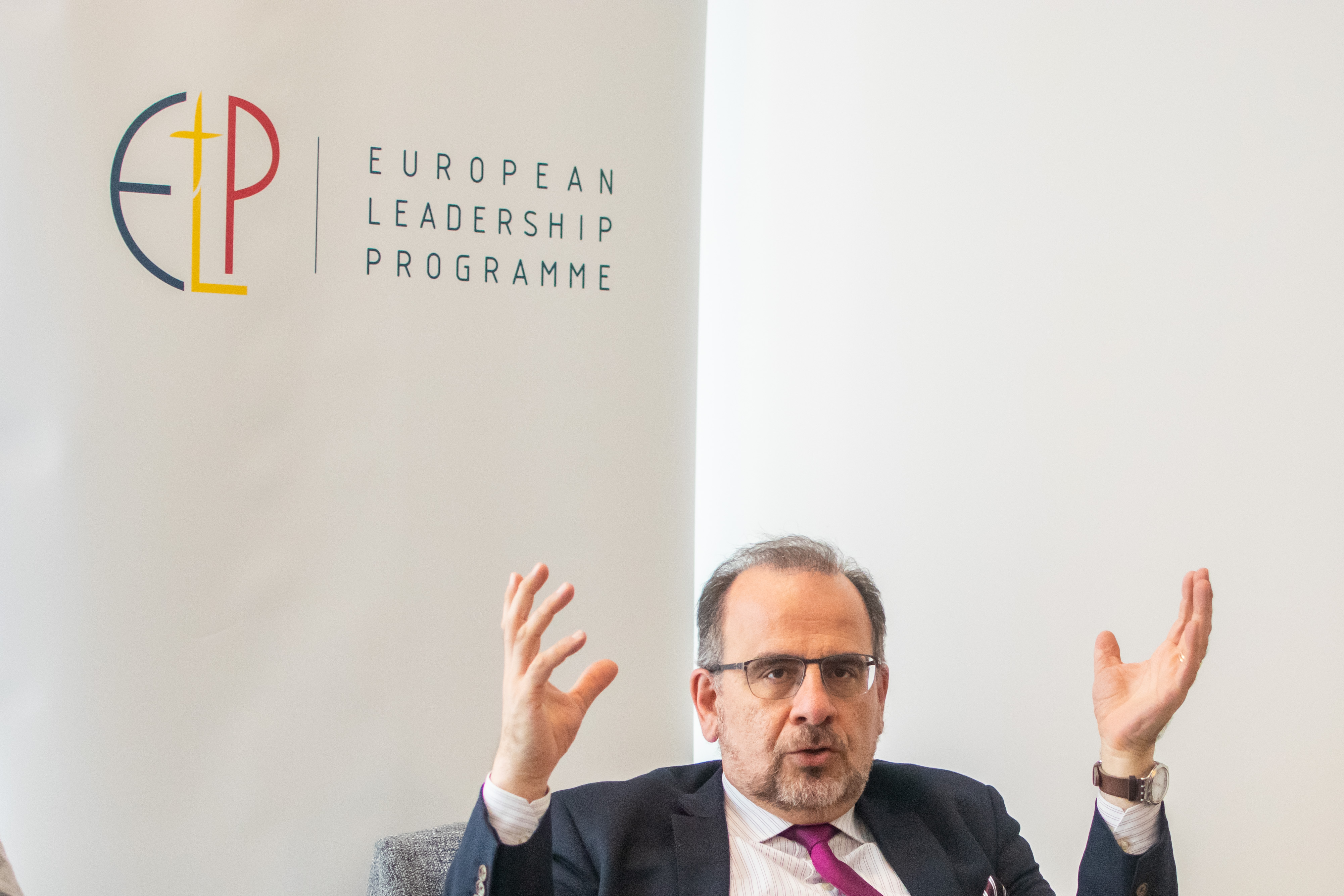 On the eve of the European elections, on Wednesday 22 May,  Luca Jahier, President of the EESC – European Economic and Social Committee visited our fellows of the European Leadership Programme.

Mr Jahier shared some stories about the years he spent in Turin at the Jesuit Institute. The idea of community and adaptability accompanies him even today while being the president of an important institution such as EESC in charge of the dialogue with the civil society.

Speaking of the achievements but above all, of the challenges that the European Union is currently facing, the president invites the young leaders to not give up and to give space to the desire to act.

He told them about the transformations that Europe is going through, giving particular importance to the role of the reconciliation of the peoples that inhabit the European Union and of course to the goal of energy and ecological transformation.

He left a message to act with a positive attitude towards the future. ”We need to engage and forge a new positive narrative for Europe and revive civic engagement to harvest a sustainable European Future. We need a r-EUnaissance (renaissance of European Union), let’s do it!”.

After the European elections

After the European elections, Jahier commented positively the results with Martin Banks from The Parliament Magazine.

“The Greens are the real surprise – he said –  even though it was expected. They have gained 17 seats, increasing in number from their current 50 seats to 67 in the next parliament of 2019-2024.”

Jahier believes many young people voted green, especially in Germany, where the strikes for the climate initiated by Greta Thunberg put the climate crisis at the centre of the electoral campaign.