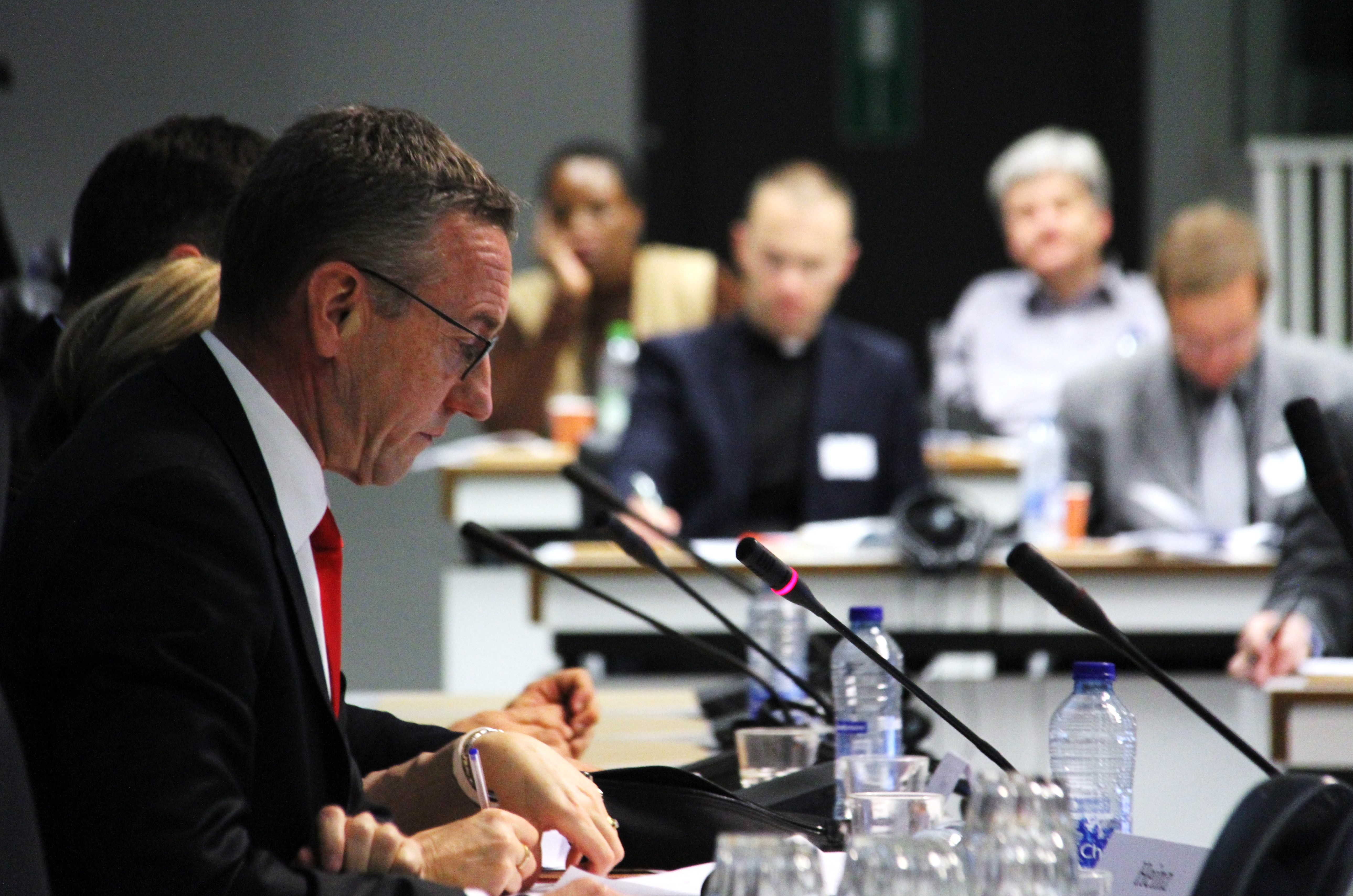 Last Tuesday, 27 November 2018, Giuseppe Riggio from Aggiornamenti Social and Pierre Martinot-Lagarde from International Labour Organisation visited JESC before going to the Shaping the Future of Work event, where representatives of the E.U. institutions and organisations based in Brussels met with 150 delegates from Churches, Christian and other faith-based organisations. They discussed the challenges of a changing world of work from a faith-based point of view.

A reflection paper “Shaping the Future of Work” was presented by COMECE. It was prepared over in a consultation process which began in November 2017 and in which JESC played a part. Its 17 policy recommendations related to international labour standards, the social economy, tax justice and workers in transition.

More pictures of the event here.