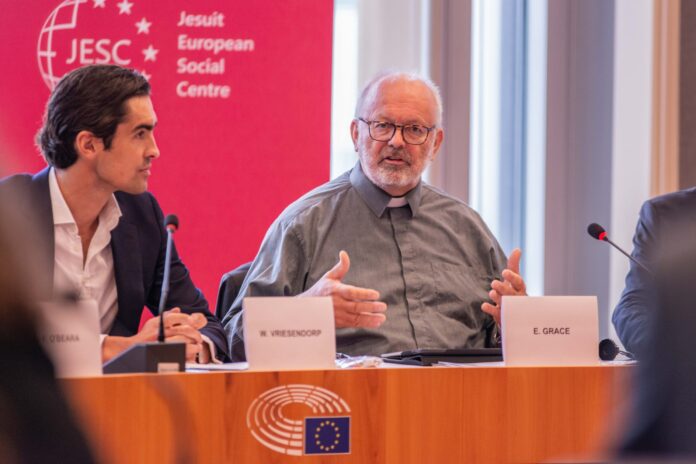 In every society and every time there are timid people who do not want change. As a group they are invariably influential but those who seek change can be confident that, in the course of time, they will come around. No society can remain static.

Certainly within the Society of Jesus much care is taken by those with an ecological commitment not to get too aggressive in dealing with those who do not share their concern. Memories have been inherited about the tensions which marked the aftermath of General Congregation in the 1970’s which made the option for justice as a dimension of the life of faith.

Now the issue of contention is not an internal Jesuit event but a papal encyclical which has had a powerful impact on the wider world. No church document has had the kind of impact in recent times as Laudato Si. In its 2018 report ‘Come on!’ the Club of Rome gives it a central place in presenting the challenge we face.

The challenge is relentless but in the Society of Jesus, as in society at large, the response of many is one of fear and paralysis and it can be tempting to react with impatience. Most of us have our moments of fear and reluctance, but the fear which will not even address the issues is destructive. The problem is that it will only be compounded by aggression.

In every society and every time there are timid people who do not want change. As a group they are invariably influential but those who seek change can be confident that, in the course of time, they will come around. No society can remain static.

The trouble with the challenge posed by environmental degradation is that time is a luxury. We can’t simply wait for the reluctant to catch up. Nor can we simply overrule them. The resulting strife would distract from the challenge which lies ahead of us.

One way forward is to view the urgency of our situation with new eyes – or rather younger eyes. It is one thing to see the future and tell others what you see. But if the others do not see they are unlikely to be convinced. If on the other hand you see the future coming towards you you will have something to say which is not a warning or a prophecy but an appeal.

Perhaps instead of setting up conflict between people of differing views, it might make more sense to invite someone from a younger generation to come and speak about how they see the future. It is one thing to speak from a conviction about what is right. That is likely to get people’s backs up. It is another thing to speak with the vulnerability of someone who faces a disturbing future. Pathos has an authority which we can never have simply by being right.