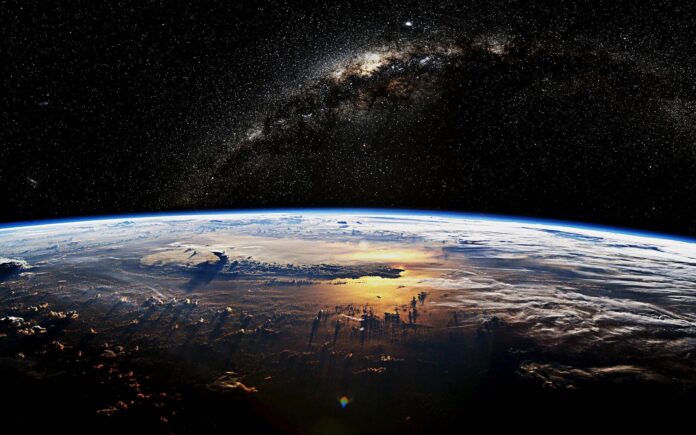 We are living not only an epoch of change but a change of epoch. Digital and technological innovations are creating a huge range of new opportunities. Technology offers instruments to build a better world but it needs ethical parameters. Not everything that is technically possible is ethically acceptable. Therefore a basic principle of the European Technology Chamber is: “With great technology comes great responsibility”. Scientific and technological progress is never an end in itself. It needs to be considered in the light of ethical considerations.

This article was originally published in the magazine “Visions for Europe” of the European Technology Chamber.

A fundamental principle of ethics

In this understanding of ethics the dimension of time plays an important role. It takes into account also the interests and rights of future generation – a novelty which was introduced in moral philosophy by Hans Jonas in his book The Imperative of Responsibility – In Search of an Ethics for the Technological Age (German 1979, English 1984). The characteristics of the modern technological civilisation have changed the nature of our moral obligations, according to Jonas. The concept of responsibility has been given a new dimension. He expresses this in a reformulation of Kant’s categorical imperative: “Act so that the effects of your action are compatible with the permanence of genuine human life”. We must ensure that the effects of our actions do not destroy future “genuine human life”. Jonas insists that human survival depends on our efforts to care for our planet and its future.

This fundamental principle is highly relevant in the actual systemic crisis of global warming, the loss of biodiversity and the acidification of the oceans. The new UN Human Development Report highlights that humanity is destabilizing the very systems on which we rely for survival. In other words: our way of producing and consuming is not sustainable. It endangers the future of humanity and is therefore ethically unacceptable. We need a new global system which is built on the principles of human dignity, solidarity, the common good and the universal destination of goods.

The contribution of Catholic Social Teaching

These are main principles of Catholic Social Teaching which can contribute the needed changes with an in-depth-reflection about the ethical and anthropological foundations. We cannot have a sustainable and healthy economic life without collective values and a healthy concept of the human being, a healthy anthropology. Catholic Social Teaching emphasizes the need to place the dignity of the human person at the center of thinking on how we regulate our societies. Economy is at the service of the human persons. A false and individualistic anthropology reduces the human person to a consumer and a means of production. But the human person is at first hand a  relational being. The work culture that should be promoted must consider a person in their entirety, as an end and not as a means. Human persons are not machines; they are people who work, dream, and have feelings and histories and plans. They belong to a family and to a social, cultural and economic environment; and they need to feel a sense of accomplishment in all their aspects. 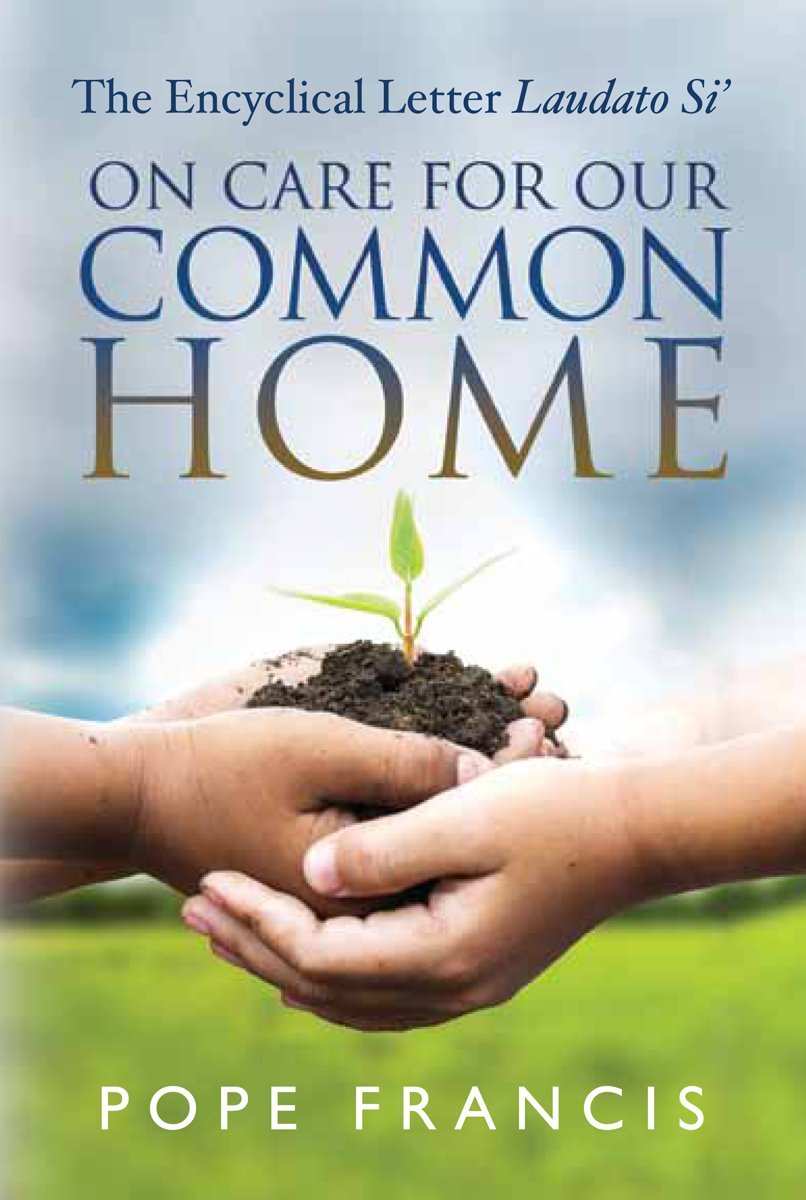 A groundbreaking contribution to shape a more just and sustainable world order is Pope Francis´ Encyclical “Laudato sí. On care for our common home” published in 2015. It is a dramatic and a hopeful document. Dramatic because it faces the global crisis of today´s world which is both ecological and social. Hopeful because it offers ways and hope to tackle this crisis.  Its central message is that dangerous climate change, the loss of biodiversity and the unscrupulous exploitation of natural resources threaten the future of our planet. The issue of ecology is an issue of justice. Those responsible for the dangerous warming and environmental degradation are mostly located in the industrialised countries of the North, while those suffering the consequences live mainly in the impoverished lands of the South. We have to listen both to the cries of nature and the cries of the poor.

Politicians, scientists, academics and representatives of a large number of social movements have responded to the Pope’s invitation to join a dialogue on shaping of the future of our planet. Former US President Barack Obama emphatically welcomed the encyclical: “It is my hope that all world leaders — and all God’s children — will reflect on Pope Francis’s call to come together to care for our common home.”

There is no need to be a believer to rely on the principles of Catholic Social Teaching. The founding fathers of the European Union based the project of the European unification on these principles of human dignity, solidarity, the common good and the universal destination of goods we shall develop in the following.

1. Human dignity. Human dignity is the fundamental value in which all other values must be grounded. In the judeo-christian tradition it is rooted in the belief that God created mankind in his own image. Immanuel Kant´s second formulation of the categorical imperative aims to protect human dignity in a philosophical perspective: „So act that you treat humanity, whether in your own person or in the person of any other, always at the same time as an end, never merely as a means.“ The Universal Declaration of Human Rights is a secular effort to garantee human dignity: „All human beings are born free and equal in dignity and rights. They are endowed with reason and conscience and should act towards one another in a spirit of brotherhood.” (Art. 1)
..

If all human beings enjoy human dignity special attention must be given to those whose dignity is under threat: the poor, the marginalized, the discriminated, the refugees. In Catholic Social Teaching this is expressed by the “preferential option for the poor”. The Swiss Constitution puts it in its preamble in this way: “The strength of a people is measured by the well-being of its weakest members.”

2. The common good. A second fundamental principle of Catholic Social Teaching is the common good. The common good benefits society as a whole in contrast to the private good of individuals and sections of the society. The common good is the sum total of social conditions which allow people, either as groups or individuals, to reach their fulfilment more fully and more easily“ (Second Vatican Council). Social justice is intimately connected with the common good. A good example for a common good is a lighthouse which is at the service of all ships. The notion of common good extends also to future generations. The relevance of the common good for shaping a sustainable society was recently confirmed by the British newspaper The Guardian: “The answer proposed by Catholic Social Teaching, and presupposed by most progressive thought, is that we should be working toward the common good. This is distinct from the fulfilment of individual wants, and will sometimes be opposed to them; but in the long term it may be the only way to satisfy our partially selfish and partially altruistic natures.” 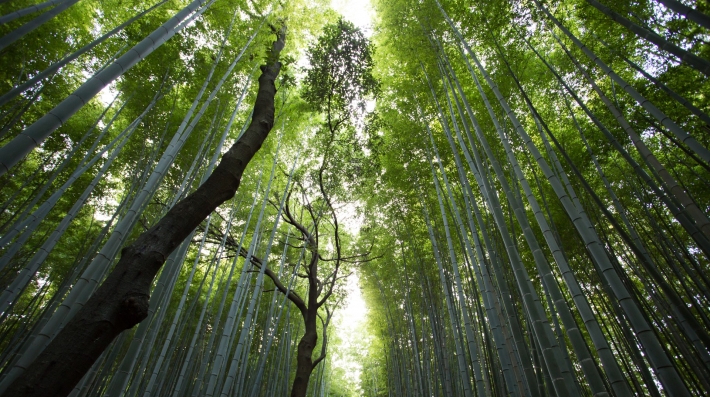 There are consequences for the use of fossil energy which contaminates the atmosphere with carbon dioxide (CO2) that causes global warming. The determination of rights to the use of the atmosphere serves the common good if it can be shown that in that way a dangerous climatic change can be avoided. Thus, the devaluation of property rights to coal, petrol and gas can be justified in the light of the social responsibility that goes with private property. In line with Catholic Social Teaching, the universal destiny of common goods and the social responsibility, that goes with private property, must be of service, in the first place, to the poor..

4. Universalizability. An essential parameter by which to outline a new world social order is the argument from what is universalizable, which is rooted in Kant’s first formulation of the categorical imperative: “Act only according to that maxim by which you can at the same time will that it should become a universal law.” Hence any global project which is not universalizable is not ethically acceptable. The solutions offered by the wealthy countries to the global crisis cannot be true solutions because they are not universalizable. It is simply impossible for the poor countries of the South to come anywhere near the level of life of the rich countries of the North. The natural resources needed for that do not exist nor does the planet have the capacity for the residues. To attempt to do so would lead to a global ecological collapse. To establish a world order, the only model that can be adopted for such a project must be unversalizable.

Another guiding principle must be the precautionary principle which was defined by the Rio Conference in 1992 in the following way: “Where there are threats of serious or irreversible damage, lack of full scientific certainty shall not be used as a reason for postponing cost-effective measures to prevent environmental degradation.” This is justified also by the fact that the costs of non acting can be higher than the costs of acting. Furthermore there are “tipping points” that, when exceeded, can lead to irrreversible changes in the state of the global system.

Revolutions begin in the mind, in thinking differently. What is needed is a fundamental change of conscience and values, related to a new way of understanding quality of life and the environment, and the integration of ecological factors into the idea of well-being and progress. Pope Francis speaks in Laudato sí of the need of a bold cultural revolution”. The new report to the Club of Rome calls for a “new enlightenment”. We can learn from poor people that a more frugal standard of life does not mean less happiness. Happiness, after all, cannot be measured by gross domestic product or individual product. The moral philosopher, Martha Nussbaum calls for world citizens, citizens who have the capacity to understand themselves as part a human family that extends beyond local and regional borders. “It is better to live well than to have a lot” was the motto used by the german development organization Misereor some years ago for its fasting campaign.

Pope Francis invites to broaden our perspective. We have the freedom needed to put business and technology at the service of another type of progress, one which is healthier, more human, more social, more integral. We urgently need a humanism capable of bringing together ethics with the social, economic, technological and ecological dimensions. We have to look for a balance between embracing technological innovation and increasingly competitive production while at the same time viewing progress within the greater horizon of the common good, human dignity and a just use of the natural resources intrusted to our care. To conceive a sustainable world order should be seen no more as a burden but as an investment in the future.