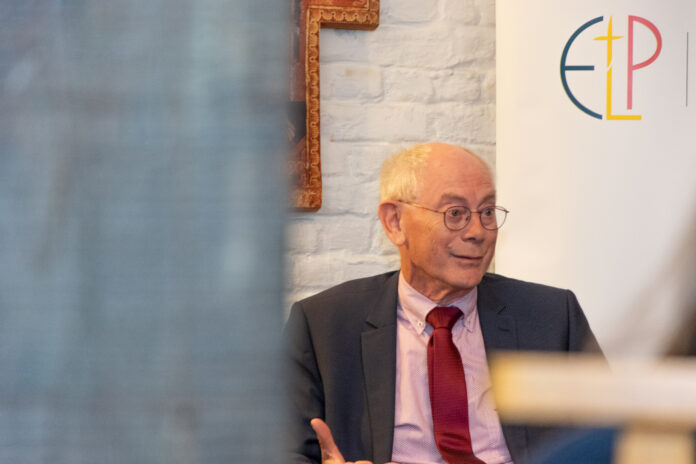 ELP follows and JESC staff members had the pleasure of the annual meeting with Herman Van Rompuy, former President of the European Council (2009-14) and Jesuit Alumnus. This two-hour event took place online 20 January at 6 pm. His lecture can be encapsulated in three concepts: authenticity of politicians, art of compromise, formation of consciousness.

Van Rompuy has shown us that ethics is indispensable in politics. If we are witnessing a revival of ethics in public discourse it is because it is not too deeply rooted. However, it is indispensable if we are to face up to current and future challenges, both global and European, which we cannot be well anticipate, as the past fifteen years have taught us. The politicians, who know how to seek compromise with the interests of other parties, are a guarantee of being able to handle future common problems. Ethics is not only conviction of ideals. Ethics is responsibility. It is finding both legitimate and realistic solutions in situations of conflict and scarce resources.

The political compromise of a “committed leader” is a laborious search that must be carried out in very stressful circumstances. “Moral compromise” is another matter, i.e. when one acts arbitrarily, so that one’s own good is the supreme good simply because it is one’s own. This compromise is immoral because this conscience relativises the value of the honesty towards all values, including those of others. A “moral compromise” will have a short-lived success. In the long run, the counterparts (including the electorate) will not trust this “compromised leader” and will cast him aside. Particularly if he acts with chronic ambiguity, cultivates the suspicion of bad faith, and arouses it towards himself.

The pursuit of the non-self-centred common good is a source of far greater happiness. However, this should not devalue the contribution of those who follow a less passionate and inclusive enlightened self-interest. Nevertheless, a political leader, especially a European one, who does not include, in his feeling, thinking and acting, both social cohesion and ecological sustainability will be a threat to his community in the long run. 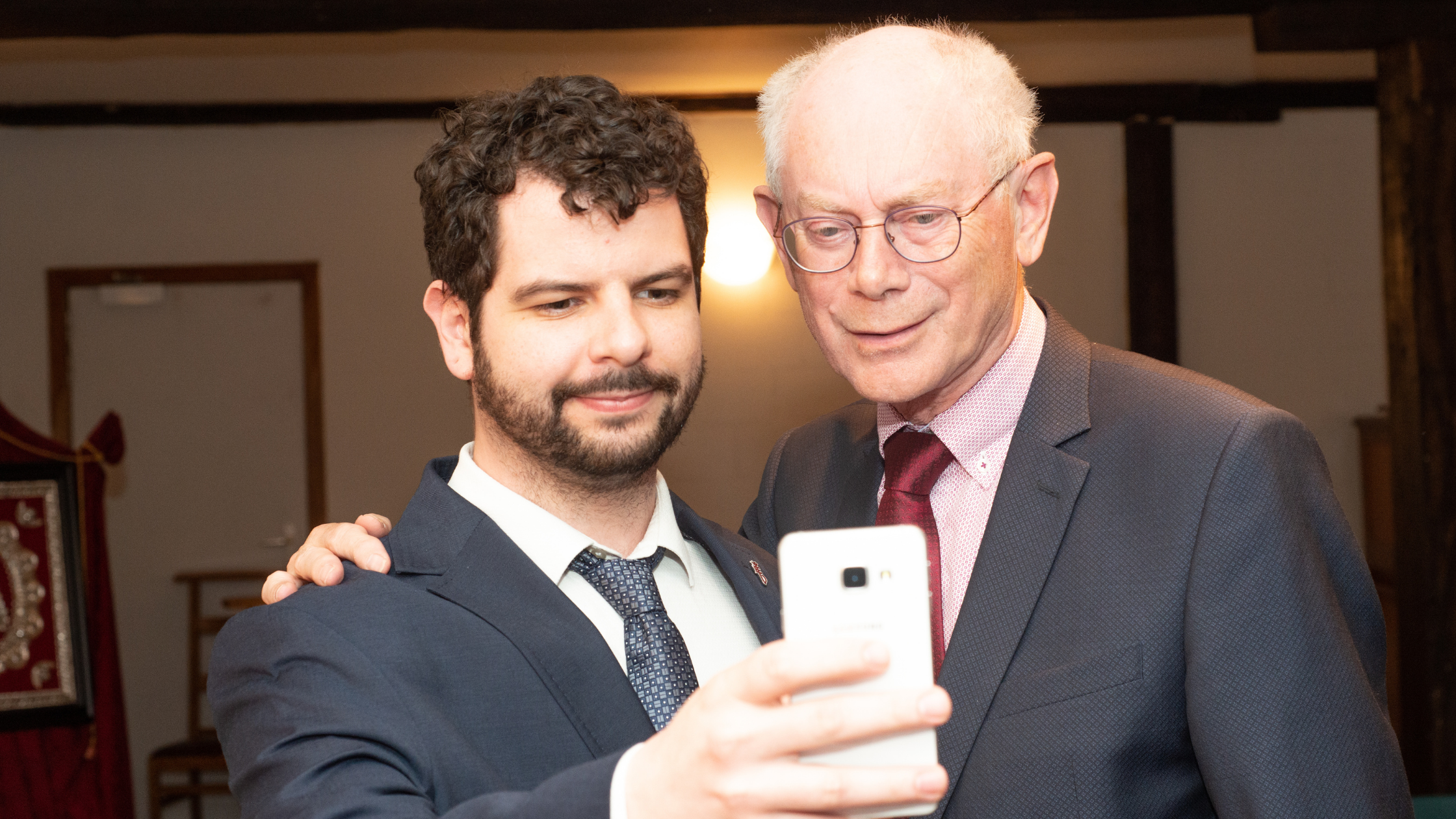 Not everyone has the personality to deal with the fatigue and stress of political compromises. In the face of challenges that can paralyze one in fear, the authentic politician has the ability to remain calm, not to look for an a priori escape or any kind of compromise, and to be fixed in order to arrive at balanced judgements. Nevertheless, even those who have the personality, by gift of nature or family, to be a true politician cannot rely on this alone. One’s intellectual morality and pathos for the good of others must be guarded. These are the length and breadth of one’s inner garden, which must be tended every day.

In his personal experience, Van Rompuy believes that personal spiritual recollection and intimate meditation (for Christians also in the form of prayer, and even contemplation) are indispensable for creating, preserving and improving order in one’s inner emotions and passions as well as intentionality for the common good. However, inner care is accepting to live in one’s own time, even if one has been formed in a culture and society that have vanished. Politicians who maintain nostalgia (especially imperial nostalgia) for the past certainly do not nurture prospects for happiness and peace, because they promote the impossible, moreover by intolerant means.

The authenticity of a politician, especially if he aspires to great responsibility and wishes to be considered a statesman, is built on the capacity to learn from the hard blows of history to his own community and to himself. This inevitably accompanies a political career. An authentic politician does not allow himself to be destabilized by these blows. He does not hold back in complaining, but knows how to “marry his time” with its conditions in order to pursue the concrete possible good and not that idealised by storytellers.