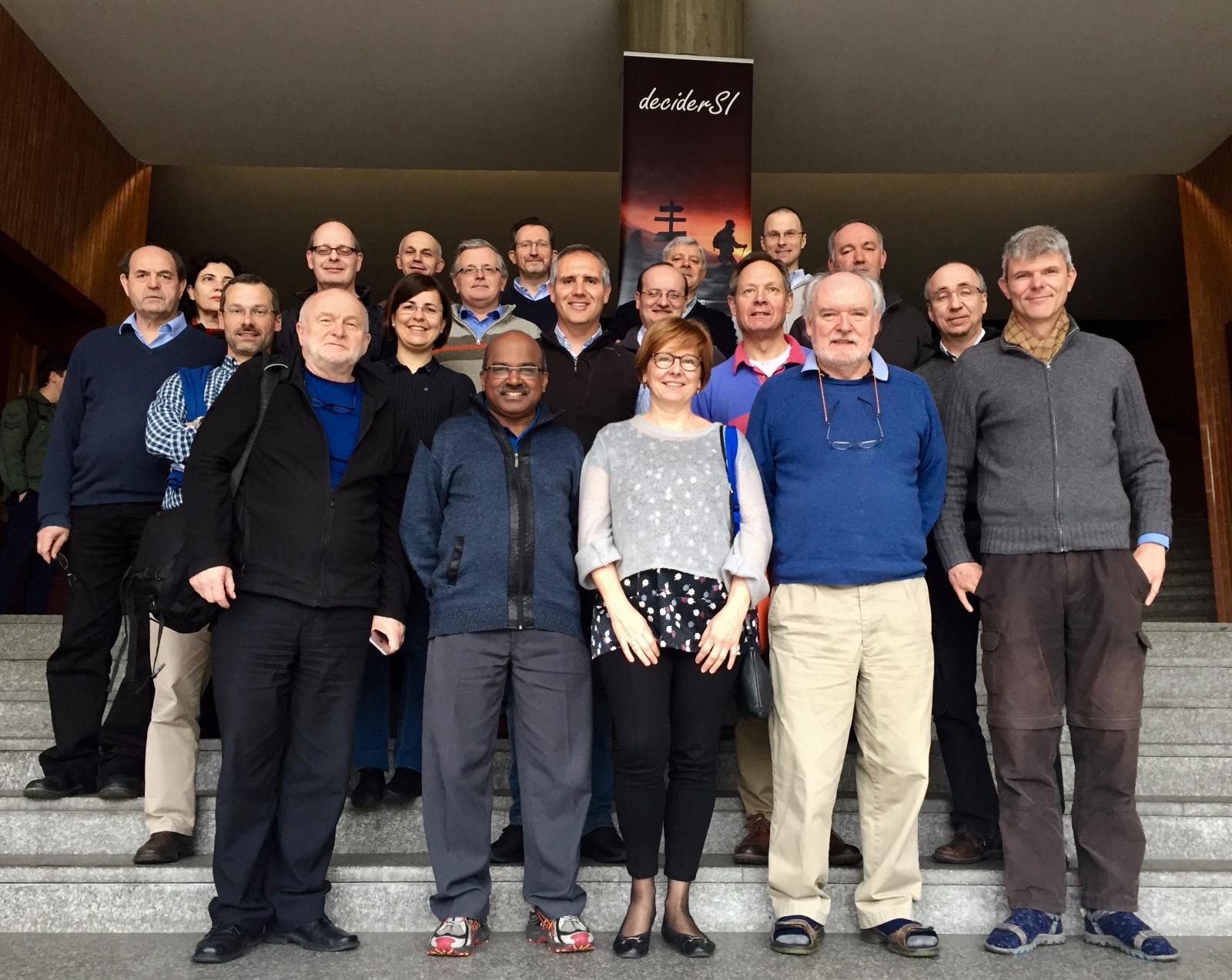 The delegates and coordinators of the social apostolate sector in Europe and Near East met this year in Milan at a back-to back meetings with the directors of the Jesuit European Social Centres. The meeting of these two networks provided a fertile venue to discern Universal Apostolic Preferences within the social dimension of our mission as well to determine the primary orientation for works and social projects that include a European focus.

The meeting took place at the Istituto Leone XIII, an important Jesuit school that is known for its various educational, social and pastoral activities. Franck Janin, the President of the Jesuit Conference of European Provincials, and Xavier Jeyaraj, the Secretary for Social Justice and Ecology at the General Curia in Rome, joined the meetings of the delegates and of the directors.

The first group, that is social delegates, had the chance to pray, think, discern and deliberate over the apostolic preferences through the lenses of both universal and European approaches. The profiles of the “delegate” and “coordinator” for social apostolate were also discussed. The method used was discernment in common through spiritual conversation. The second group, the directors, represented, among others, Social Centres such as Cristianismo y Justicia (Spain), Centre Avec (Belgium), Aggiornamenti Sociali (Italy) used a similar meeting formula in order to draw up the plan for the next year that is based on a common vision for the centres network. The journey ended with a joint preliminary statement: “We desire a life together in Europe that, inspired by Ignatian vision, bears witness to the values of reconciliation and promotion of the common good, and proclaims a message of liberation with those we serve.”

Members of both networks had the chance to visit the magnificent city of Milan for one afternoon, starting with the facilities and projects of Aggiornamenti Sociali and San Fedele, followed by a visit to the surroundings of Duomo di Milano and ending with a pleasant meal at a local restaurant.

The results of the Milan deliberations have been delivered to the Social Justice and Ecology Secretariat in Rome and will be presented to the Conference Provincials for further discernment and approval at their next annual meeting in Barcelona. While the results of the discernment process need to be examined further and confirmed by the networks and the Provincials, the orientation towards working with and for vulnerable people on the move and integral ecology emerged clearly as a possible common path in the future. Next year’s meeting for the delegates is expected to take place between 31st of March and 4th of April, and for the directors between 5th and 8th of May 2019.

Memories of the Annual Meeting: check this video made by Alberto Ares.