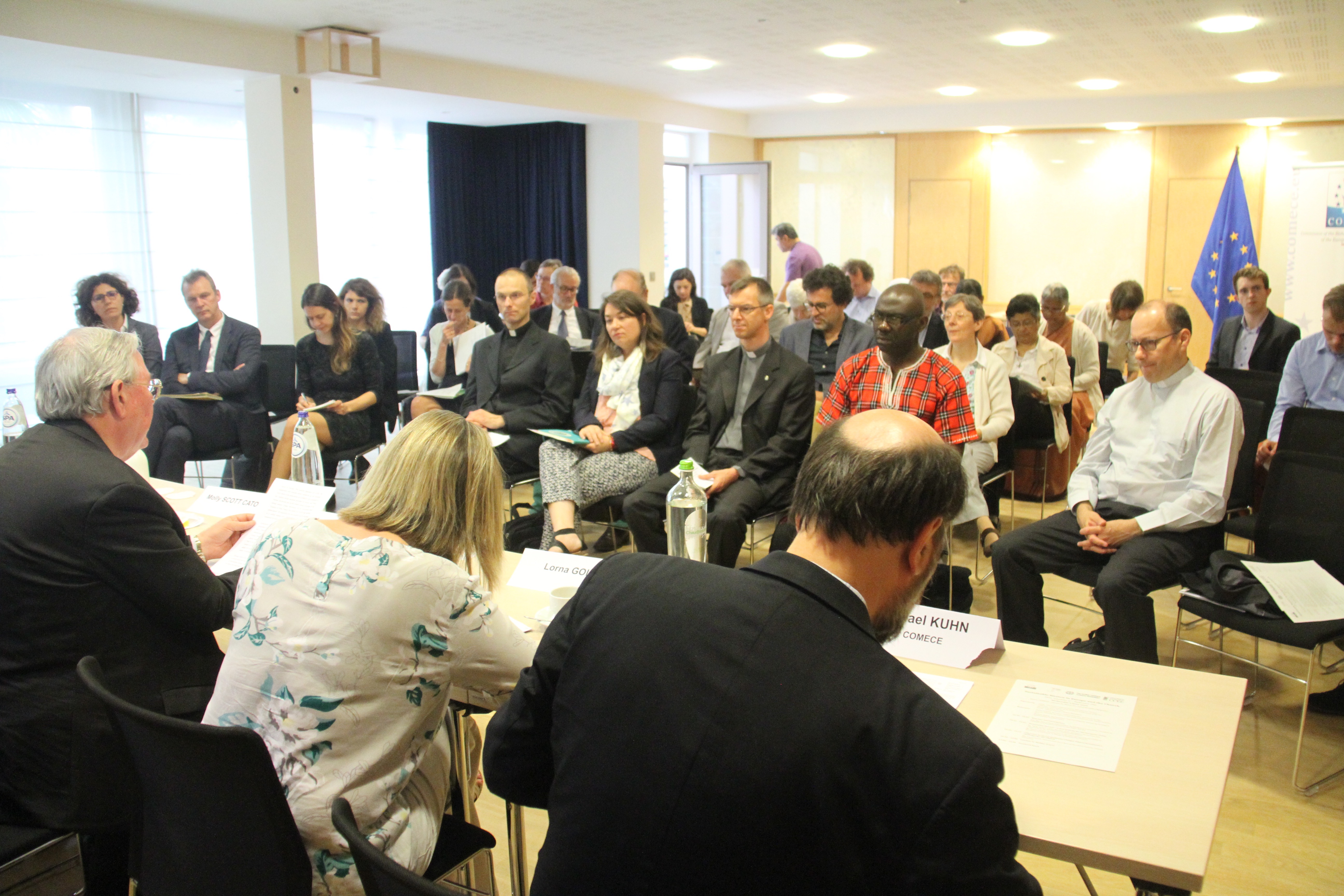 The Jesuit European Social Centre (JESC) participated in the First Laudato Si’ Reflection Day held in Brussels on 6 June with more than 70 representatives of the European Bishops’ Conferences, Catholic organisations and movements. Together they expressed their support for a sustainable financial system in Europe and the Church.

Jean-Claude Hollerich SJ, Archbishop of Luxembourg and President of COMECE, insisted on the timeliness of the event in the immediate aftermath of a recent legislative proposal by the European Commission and last week’s report of the European Parliament on sustainable finance. Molly Scott Cato, MEP and rapporteur of this report, also participated in the Reflection Day and insisted on a dynamic approach regarding the sustainability of financial products. Martin Spolc, from the EU Commission, presented the action plan for sustainable finance and the preparatory work on the taxonomy for a clear and common language across Europe that could help to avoid the “green-washing” of financial products for marketing reasons.

Other speakers such as Lorna Gold, from the Irish Catholic Development organisation Trocaire, called for coherence in an era of climate change and discussed ethical investment as a challenge for the Church. Right after the Midday Prayer and lunch, best practices coming from a Catholic diocese, a Catholic bishops’ conference, a religious order and a Catholic bank were presented. Participants formulated a number of recommendations, which will be presented to the Laudato Si’ Anniversary Conference in the Vatican next July 2018.