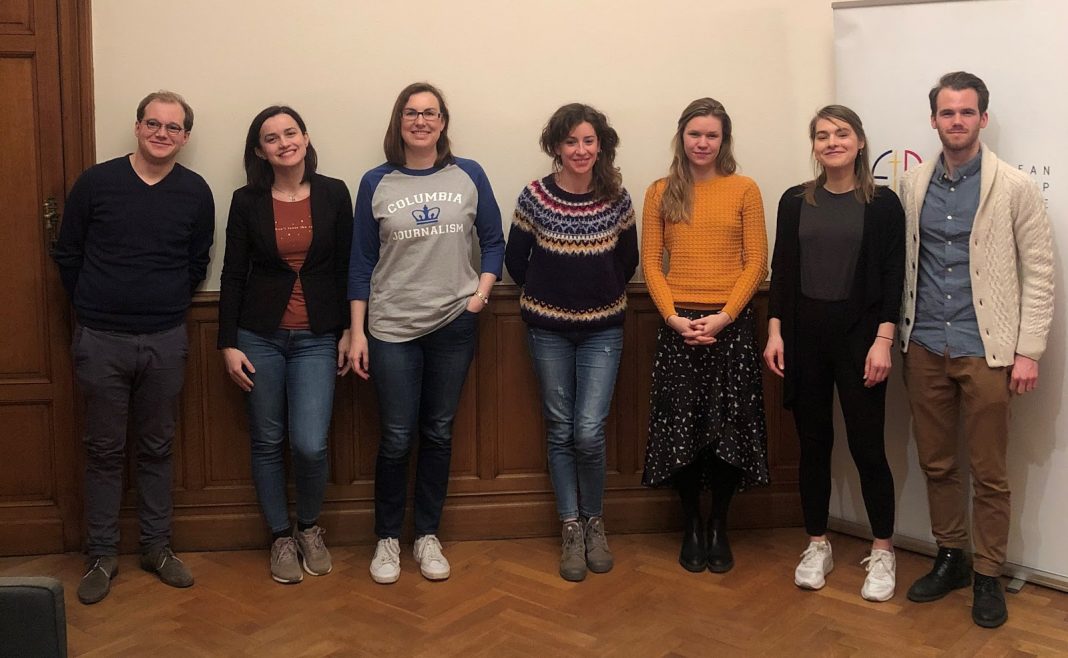 A real leader is not someone who is reacting on some occasions, but someone who works to intercept and influence new challenges and situations.

On Monday 16th of March, the European Leadership Programme (ELP) Fellows, had an incredible chance to meet Victoria Martin de la Torre, President’s spokesperson, and press officer of the Group of Socialists and Democrats in the European Parliament.

In spite of challenging times that require a retreat, Ms. Victoria Martin de la Torre has chosen to meet with us and explain the importance of diversity in creating great projects. Her background allowed her to give us a concrete example of one of the biggest projects of history, the foundation of the European Union (EU), from the very beginning.

She has been a press officer of the Group of Socialists and Democrats in the European Parliament since 2008 and previously worked as a journalist mainly in the weekly Tiempo. She explained that she has not seen herself as a journalist in the European Parliament for the long term, and she pursued journalistic and much deeper work with her daily tasks. She started thinking about writing a few reviews on the then-living members of the founding circle of the European Union but eventually wrote the book after years of a persistent and great effort.  The book called Europe, a Leap Into the Unknown: A Journey Back in Time to Meet the Founders of the European Union is a non-fiction story written in a journalistic style, that shows how creators of the EU started all. Her focus was on the decade that gave birth to the EU, or much more precise to the European Communities between 1948 and 1957. After a short movie, Ms. Martin de la Torre has tried to explain to us the circumstances, efforts, and differences among the so-called “Fathers of Europe”. In the book, she tried to bring readers closer to the origins of the EU project and show the demanding process through the eyes of the creators.

Through interesting presentation, Ms. Victoria Martin de la Torre brought to us personal overview of the lives of Jean Monnet, Robert Schuman, Konrad Adenauer, Alcide De Gasperi, and Paul-Henri Spaak. She spent a lot of time in exploring and collecting memoirs of the protagonists, newspaper articles, speeches, EU historical archives and interviews with people who knew them. All facts and conversations have been taken with the goal of sharing with readers all backgrounds and diversities between the founding fathers, through their discussions. Those are an incredible insight into understanding how and why decisions that today affect the lives of 500 million Europeans were taken at the hard beginning. 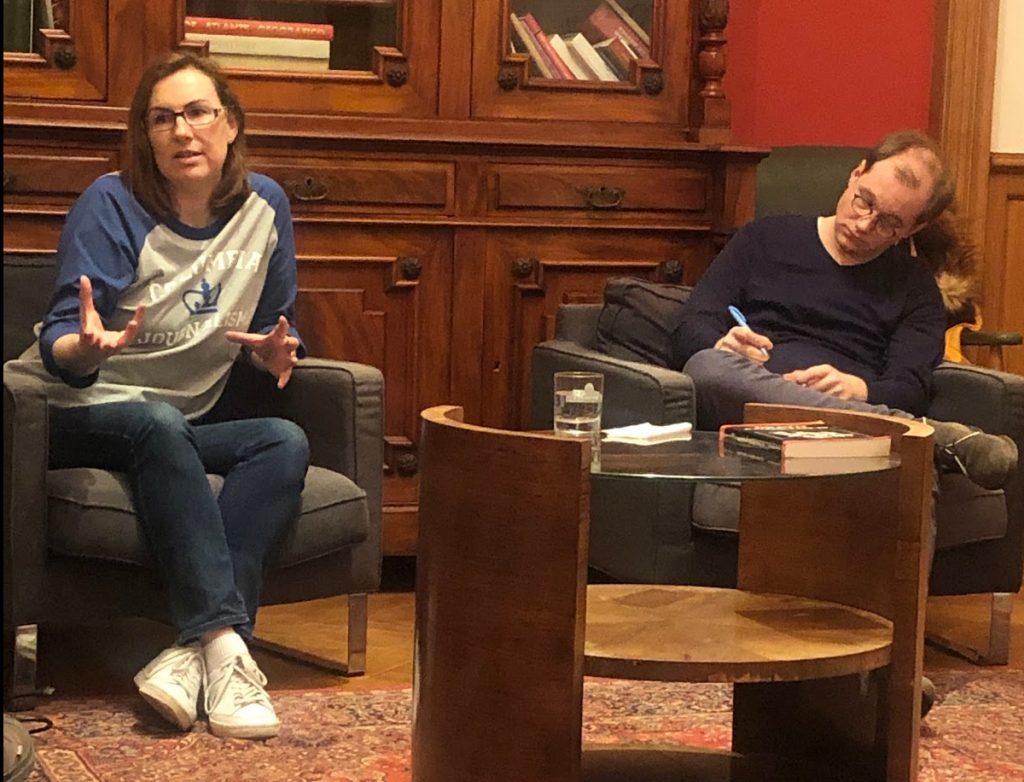 The interpretation of that period shifted on the incredible moral contribution of the founding fathers to the peace and prosperity of modern Europe and the fact that they were different in the faith, culture and national sense.

She testified that the founders of the European Union are from different countries but have open views on other nations, languages, and religions.

Although the three of them were practical believers, their mutual trust and fellowship were not undermined by the fact that one of them was an atheist and the other agnostic. They were guided by the interpretation of Thomas Aquinas, what made them different and remarkable. Thomas claimed that every human being with reason and common consciousness could know most truths.

Victoria shared with us that there are still some callings in the area of ​​European Community construction, with changing circumstances, which are looking for some new leaders needed to respond. In that sense, personal backgrounds and beliefs are important in the process of shaping our personal or professional leadership path. We should be aware that there are some people hidden from the publicity, unthinkable as leaders because they live ordinary lives, and their leadership skills are only shown in different crises in which they become more exposed and visible. 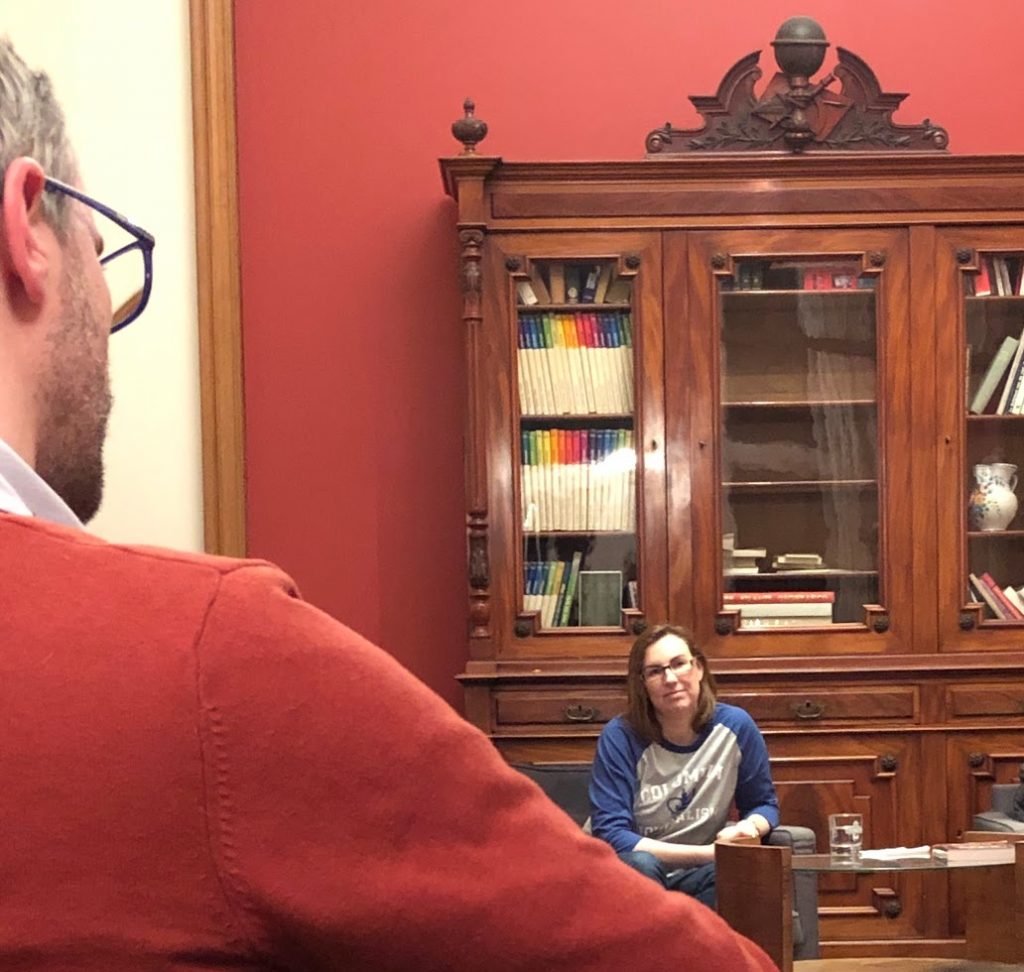 No-one is comprehensive and all great ventures, therefore, require a community where the weaknesses of leaders are complemented by each other. The third path between individualism and collectivism is precisely the one that EU creators have pursued, and it points out that the individual can only be fully realized in society. Every person should disclose his or her calling, and it is supposed to be respected and fulfilled through this third path.

During the discussion, one of the questions to Ms. Martin de la Torre was whether she considers herself a leader or had she felt that at some point. Even though she said that she couldn’t see herself as a significant leader, ELP Fellows saw her as a great example of the patient and persistent leader with the defined personal and professional calling and roles.

A real leader is not someone who is reacting on some occasions, but someone who works to intercept and influence new challenges and situations. A leader is always one step ahead of others in his profession and actually makes great efforts to motivate and guide others in a direct or indirect way.

The Accidental Faith of the Predetermined Mind