Former President of the European Council, Herman Van Rompuy attended a friendly gathering with the JESC team and the European Leadership Programme Fellows in the Chapel of the Foyer Catholique. Based on his lifelong experience as a politician, Mr. Van Rompuy covered topics like Brexit, populism and the evolution of the European Union. On their turn, the ELP fellows questioned him about their main concerns regarding the future of Europe. 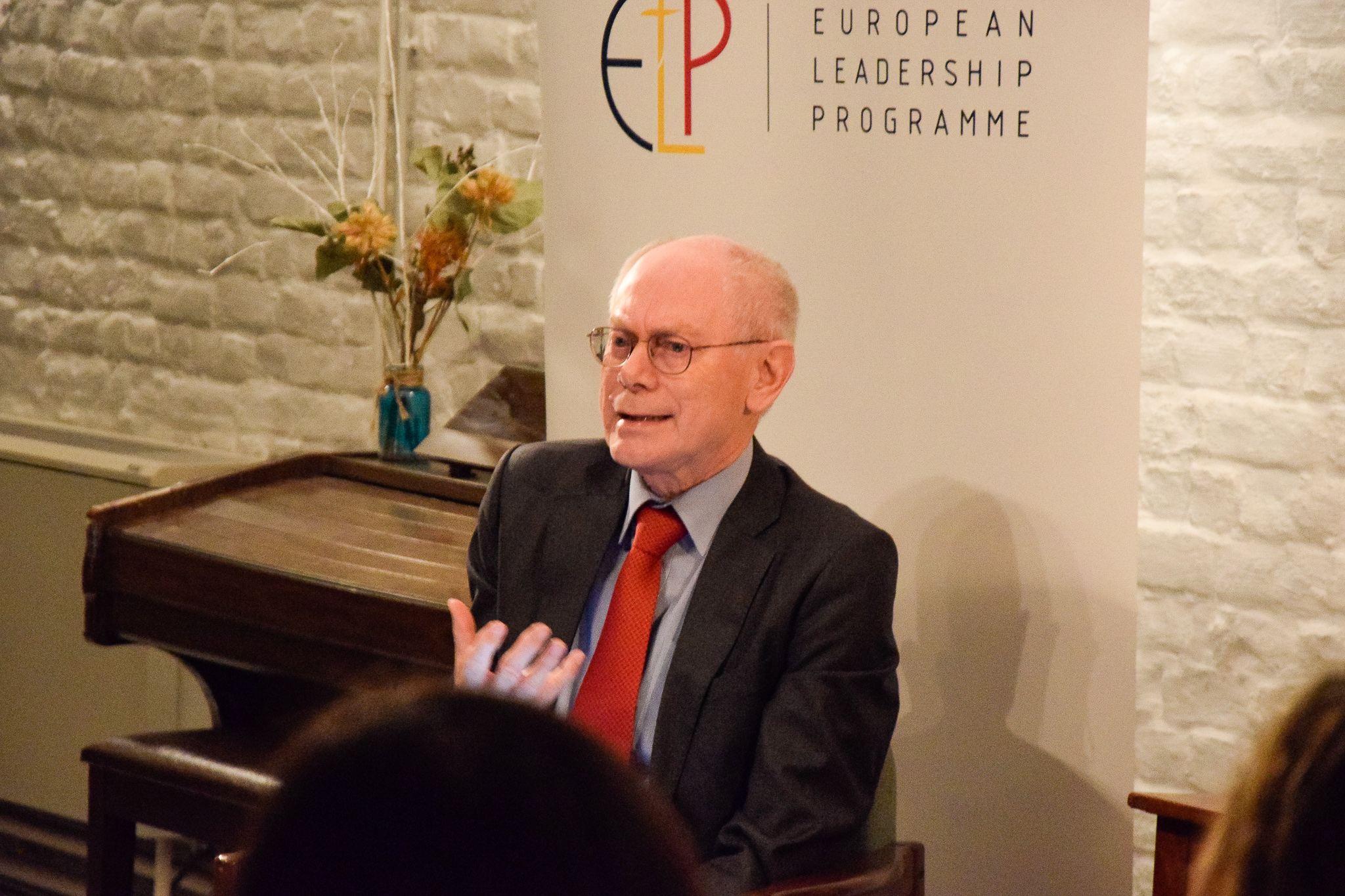 “In the crisis of the eurozone, there has been a North-South division. With the European budget, it is East-West or net payers and net receivers. As for Brexit, it’s ‘one against all’! This crisis has lead to fraction, insecurity and European citizens are seeking rapid solutions,” explained Mr. Van Rompuy. He urged to face these challenges and overcome fundamental divisions within Europe: “A crisis helps. ‘Never let a good crisis go to waste’ said Churchill,” emphasized Mr. Van Rompuy. He also reminded the ELP fellows, that the EU attained a solid policy in areas like trade, climate change action, development & cooperation aid and that the Euro is the second biggest currency in the world.

Based on his personal experience as President of the EU Council, Mr. Van Rompuy testified that there is still willfulness amongst Europe’s leaders. “Beyond the necessity, there is also, thank God, the political will, the support for the European project by the leaders. Without it, nothing is possible.” he continues, “We have to restore EU sovereignty.” 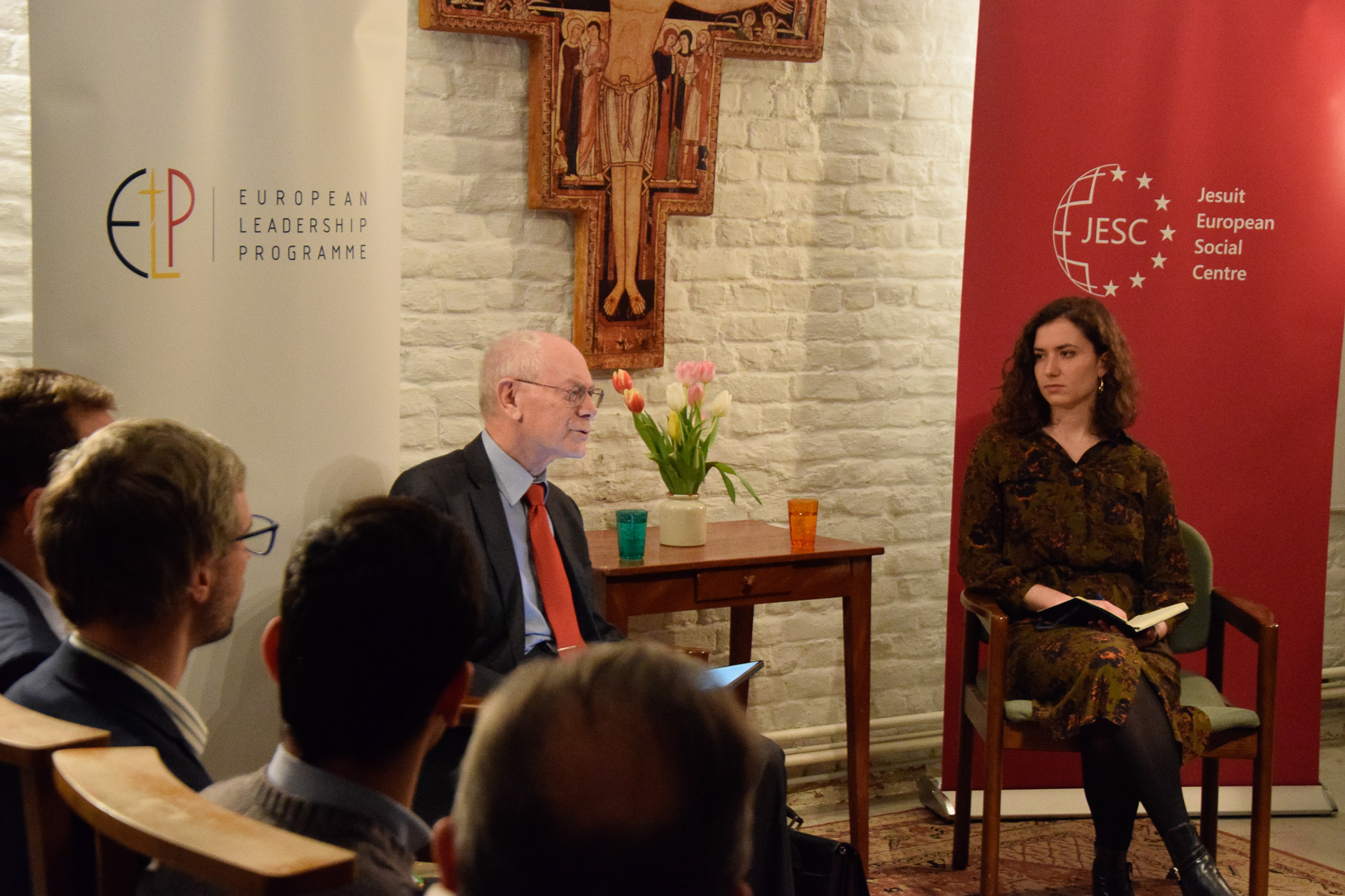 He made a remark on populist leaders, referring to them as those who seek for popularity. According to Mr. Van Rompuy, Europe needs solidarity, not popularity.  “When you enter the room of the EU Council, you know in advance that you have to compromise, to achieve compromise there needs to show solidarity,” he said.

According to Mr. Van Rompuy this political will is led by the driving force of Europe, the Commission, that recently showed an act of will, unity, and perseverance by pushing out the Green Deal. He also underlined the importance of France and Germany as leading forces for the European project: “The smooth functioning of Franco-German cooperation depends on individuals, economic and military power relations, history and geography. It depends o½n a wider balance: Germany’s economic power (until recently) and France’s political know-how and ‘force de frappe’ (atomic weapons). Today, this balance is fragile and partly explains the immobility in the EU,” he told the ELP fellows.

Herman Van Rompuy finalized his presentation by recalling the utmost years on Europe’s history of enlargement -2004 and 2007- as evidence of trust among Member State. “I belong to the generation that thought that the Iron Curtain would always be there,” he said, pointing out to the young Fellows how far the European project has advanced over the past decades. 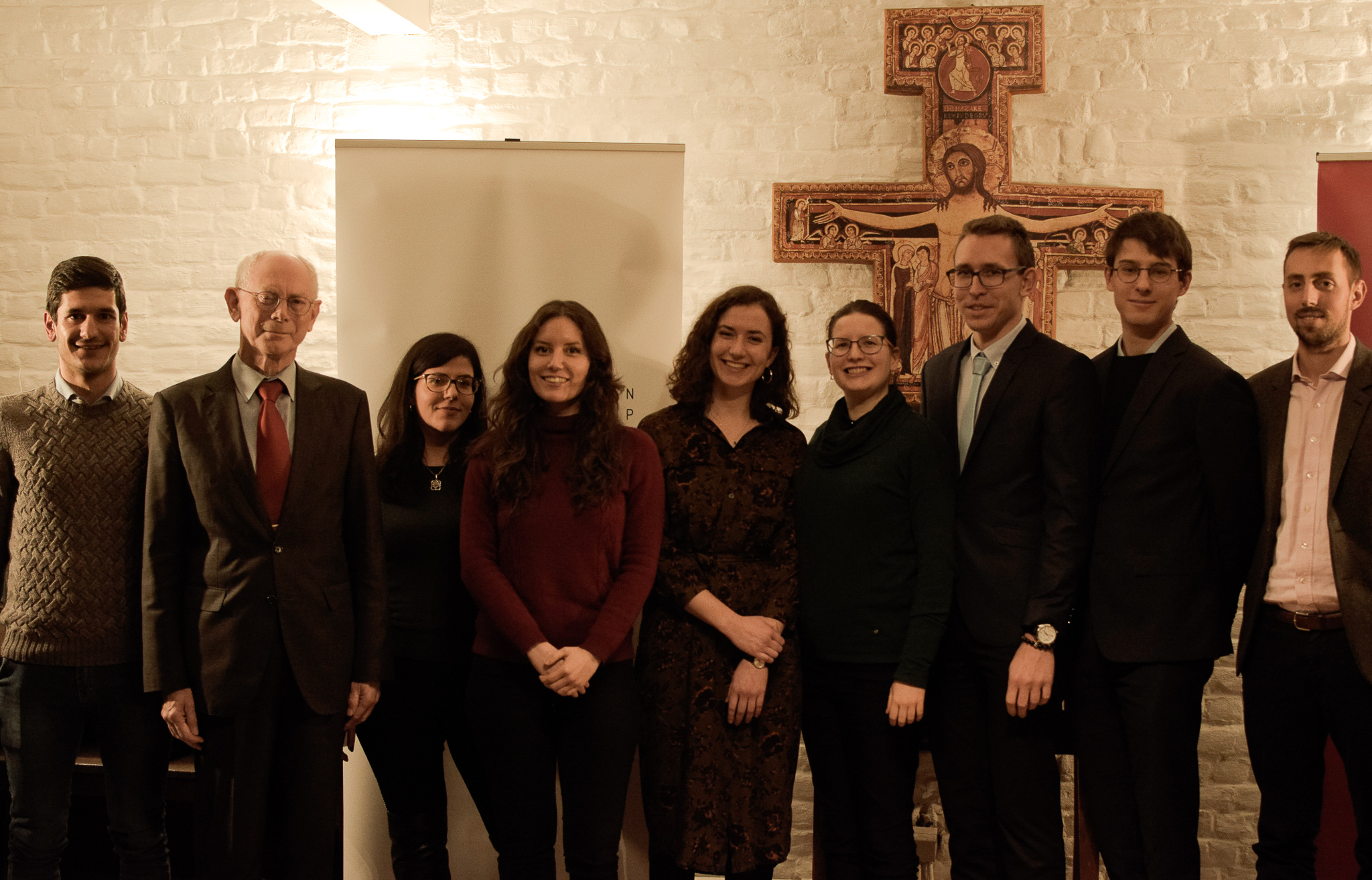 The Power of Spiritual Conversation for our Broken World

IXE Statement on the Asylum and Migration Pact