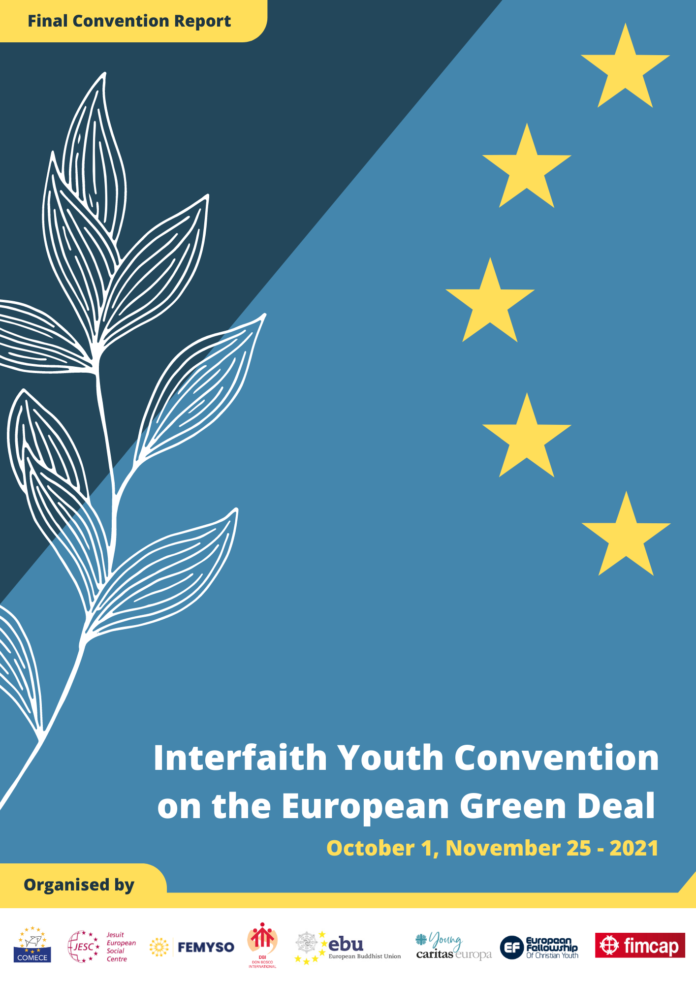 JESC and its partners announce the release of the report on the “Interfaith Youth Convention on the European Green Deal”, an event that gathered young Europeans who shared their recommendations with for a better care of our Common Home. The event had the participation of European Commission’s Executive Vice-President and Commissioner for the European Green Deal, Frans Timmermans.

This report sets out the 21 proposals that young people of faith have put forward, developed, and wish to see reflected in the European Green Deal. The discussions which led to these proposals highlighted both the urgency that young people feel towards the climate emergency and the solidarity among faiths to safeguard the natural world and to promote a just society.
.
These proposals reflect the hopes and aims of the young people delegated by their faith groups to engage in a meaningful dialogue with one another on ecological issues and the European Green Deal. It has been a great privilege to engage directly with the EU highest level official in charge of the Green Deal, Vice-President Frans Timmermans. This has been an extraordinary opportunity and represents the beginning of a genuine and sincere dialogue that is driven by the urgency of the current multi-pronged ecological crisis affecting society and young people in particular. Each participant to the dialogue and – we hope – each reader of these proposals will feel committed to closely monitor how the proposals are received and whether or not they are mimplemented.
.
The report analysed  several proposals were shared and voted by the participants across the following five thematic areas: Housing & Energy, Food & Agriculture, Production & Consumption, Mobility & Transport, Education & Skills.