Home LEADERSHIP The protection of minorities and other MEP undertakings 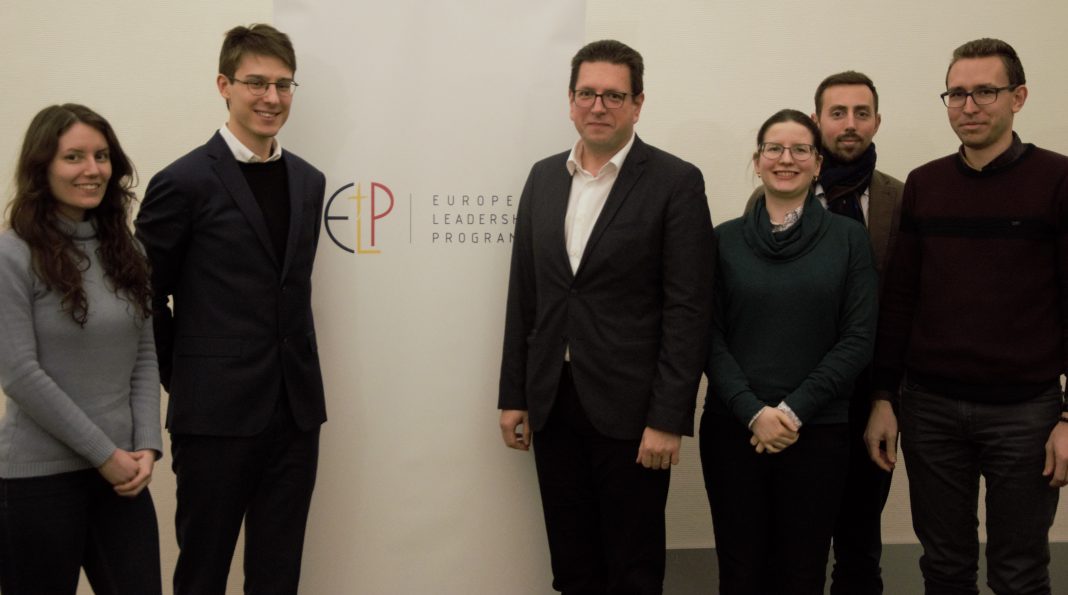 On January 29, the ELP fellows met with Lóránt Vincze, Member of the European Parliament (MEP) for the Democratic Union of Hungarians in Romania.  It was a great occasion to understand the situation of the Hungarian minority in Transylvania and discuss the rights of minorities in the European Union.

From Journalism to Politics

Vincze began his career as a journalist. He was managing a Hungarian publishing house in Romania and moved to Brussels in 2009 as a Parliamentary Assistant and then as an Adviser on minority protection issues. He became MEP in 2019. 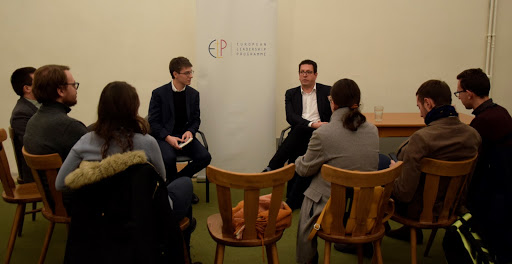 Entering politics was a step longly matured. When interviewing politicians during his radio shows, Lóránt felt that he could probably do a better job. This conviction made him make the move into politics.

Today, Lóránt Vincze is fully committed to the promotion of his community: the Hungarians of Romania, at the level of the European Institutions. The community makes up to 6.5% of the population (1.2 million people) and enjoys specific rights regarding language and education. The Hungarian identity in the region is millennial and creates a strong sense of identity for its members. It is Mr. Vincze´s responsibility to ensure that their rights respected and promoted.

The broad range of responsibilities of an MEP

The responsibilities of an MEP can be very diverse. The European Parliament is a complex political environment where many topics are debated and very different roles. MEP Vincze has followed his priorities by representing his constituencies and working mainly on minority rights and promoting these. Moreover, regardless of the fact that MEPs tend to promote their activities on social media, Mr. Vincze prefers to work primarily on concrete measures that are aimed at causing positive effects on his voters.

A Hungarian identity with different influences

When asked about his identity, Mr. Vincze feels strongly Hungarian with other influences. He belongs to the Hungarian nation while having a double Romanian and Hungarian citizenship. Additionally, he has a European spirit and a strong sense of solidarity with other European minorities.

The multiple levels of rights for minorities in Europe

In Europe, the Hungarian minorities in Slovakia and Romania are the largest. Other minorities in the Member States are smaller and have fewer or no proper rights, such as the Turks in Greece, the Barcelonians and the Bretons in France. The right of minority goes from individual rights to a  quasi-autonomous right (e.g. the South Tirole in Italy or the German Community in Belgium).

In Romania, the rights of minorities are mostly individual and educational and can hardly develop further. Even if the current President comes from a  German minority, it is not on the national political agenda to give more rights to the Hungarians of Romania.

Regarding the risk of isolation of a minority in respect of the main population of a country, M. Vincze stresses out that some regions, like South Tirole and Catalonia, are economically successful and rely on specific traditions which don’t require external interference.

How can minority rights be applied? 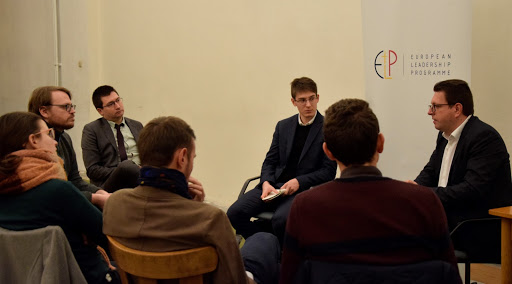 minorities in Europe. Its two principal instruments are the Framework Convention for the Protection of National Minorities and the European Charter for Regional or Minority Languages. However, the power of sanction of the Council is limited. Other instruments in Europe include the European Citizens’ Initiative that allows citizens to propose legislation to the European Commission if their project gathers more than 1 million votes.  M. Vincze was proud to have promoted the Minority SafePack initiative that reached the one million thresholds and which is now discussed at the Commission. The Minority SafePack is a set of nine initiatives that aim to promote diversity, fair distribution of EU funds, languages and cultural differences.

Comments on a centralized state: France

France is a country that believes in a central model and still refers to De Gaulle as a figure of governance. Spain chose another model with autonomous regions. Language assimilation has worked in France, but it is not guaranteed to work with new migrants who are used to living in a different model. M. Vincze believes that France has limited diversity with a centralized approach to integration. Moreover, the welfare state will be less generous in the future and he can’t predict how French citizens will react. He believes nonetheless that strong roots participate in the health of society.

A European way of life embodies many identities

To conclude, Mr. Vincze gives his opinion on the “European way of life.” He supports that standardization can’t lead to a better Europe. Europe is composed of different identities. Europe is plural. This is how Europe can succeed.

The charming business of diplomacy