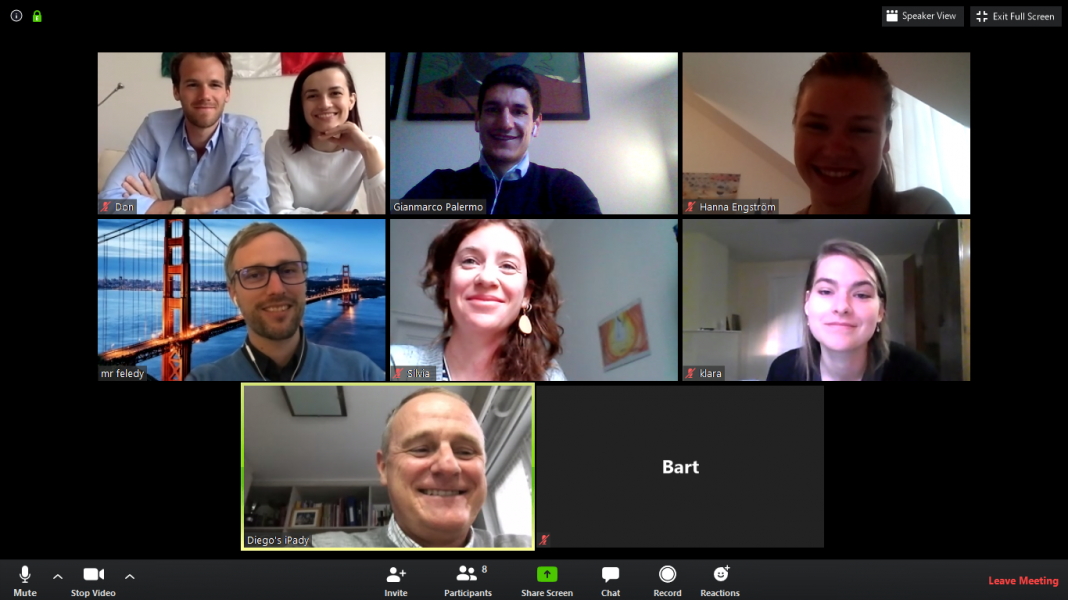 Diego Canga Fano discovered early in his professional life, while employed at a law firm in Spain, that in fact, his vocation lies outside the private sector. Following his path to becoming a top EU civil servant, we had an extensive conversation starting from his personal professional journey to his views on the current Covid19 crisis and suggestions to us young Europeans.

Most remarkable is the realisation of the stark contrast in the way the different EU institutions communicate; the language they speak. “I am fluent in Councilish, Parliamentarish and Commissionish”, Canga Fano remarked half jokingly, half proud.

Therein Canga Fano did not shy away from talking about the ambiguous notion of the “Brussel´s Bubble”. Certainly, that is “one natural handicap” where certain civil servants look too much inwards and have lost touch with reality and, in a wider sense, empathy. The institution that remains to be most connected to the people on the ground? Certainly, the European Parliament, whose members maintain a strong relationship to their home countries and are more versed in communicating their message to the people. Canga Fano likes to refer to his time with Antonio Tajani, who “always wanted to be connected with the people”.

On how the institutions are coping the current Covid19 crisis, Fano admits with regret that the reactions were too late. The unfortunate way in which Italy was left to its own devices in the initial days of the crisis, where their cries for help were blatantly ignored by fellow member states and the European Union actors; is a manifestation of the lack of empathy and solidarity. Instead, there was a focus on, what now seems almost comically petty, the publicity around the evaluation of the performance of the Van der Leyen Cabinet of the first 100 days.

The institutions are now looking to make up for their initial shortfalls, be this by activating the general escape clause of the Stability & Growth Pact, clearing Coronavirus state aid schemes, removing obstacles to the free market (e.g. green corridor), SURE or the consideration of Corona bonds. Nonetheless, the trust of EU citizens, especially those of Italy, has been deeply severed. Regaining it will take more than a few conciliatory remarks. Directly approaching the people on the ground and lending a healing hand is what is in order now.

What remains certain is that the COVID-19 will weigh heavy on the shoulders of the Union in the next five years. For good or ill, certain things will change. For instance, the quality of the air has dramatically increased with the standstill of economic activity. As such the introduction of teleworking days could be taken up as a legitimate measure to cut pollution caused by commuting. On a normative note, this crisis has also shown that the pharmaceutical sector must become more independent so as to enable a quick response in emergency situations such as these. Canga Fano cannot emphasize enough the importance of communication among neighbouring member states when making decisions that will have an impact outside their own borders. Last but not least, the Green Deal should not be abandoned, however, the question of timing remains open for now.

In conclusion, although the most prominent position Canga Fano has held was as the Head of Cabinet of the President of the European Parliament, Antonio Tajani, we did not get the impression that he put certain professional experiences on a higher pedestal than others. On the contrary, I got the impression that Canga Fano looks back at all his experiences as unique and equally valuable. The one personal asset that helps him to feel this way is his ability to move out of his personal comfort zone. This is also his plea to young people; though not always easy, it bears fruit. Perhaps the current crisis is the right occasion to take heart and find unprecedented ways to pave the way out of this crisis, for the life after.

Top tips for graduates: Entering the job market in 2021

Leadership as an act of humility