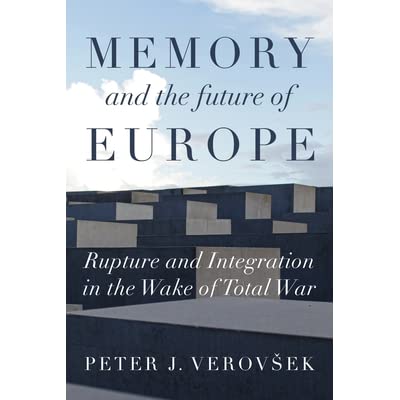 Peter J. Verovšek: “Memory and the future of Europe, Rupture and integration in the wake of total war” Book Review by Zsófia Voda, Former ELP Assistant

“We are prophets of a future not our own.” Attributed to Archbishop Oscar Romero

“If we have no peace, it is because we have forgotten that we belong to each other.”- Mother Theresa

“Take people as they are: there isn’t anyone else.” – Konrad Adenauer

Peter J. Verovšek has been visiting the European Leadership Programme since its beginning, being one of the most well-liked speakers of our cohorts. The effortless style of how he was guiding us through lectures on Brexit and Memory and Integration was the same enthusiastic yet consistent style of him that was revealed in the book of his when examining the uncharted waters of the collective memory and ruptures affecting the future of the European project. 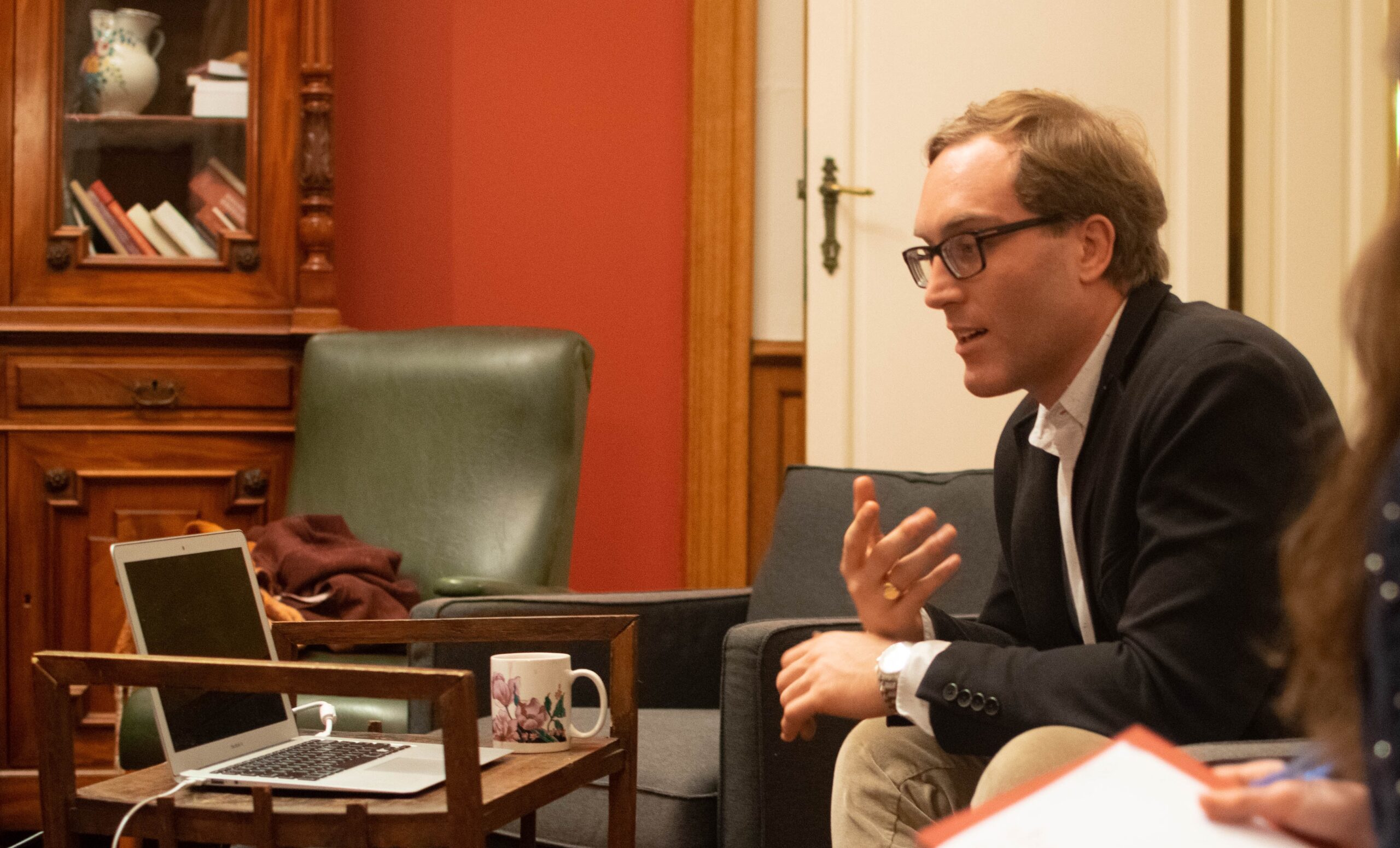 With its rich metanarrative reasoning on methodological choices and with the theoretical lens of the Frankfurt school his book can be well enjoyed by academia – persons devoted to Political Sciences, European Studies, and International Relations, as well as the nature of the critical theory, can address the decision-makers to read the book as ’crisis diagnosis encouraging future transformation’(1) as put by Benhabib.

But what does give importance to this theory and this book among the vast academic material written on the topic of the future of Europe? Verovšek’s research presented in it addresses a reason that used to be neglected by existing studies and has to do with the very human experience. It is the cultural background of the Union and the collective memory of its member states and the ruptures of it that “made the continuum of history explode” as stated by philosopher Walter Benjamin. This collective memory was shared by those who have survived the Great War and World War II, and who said that its shadow is to hunt them no more. Similarly to the trauma in the human experience, as it does not allow to look at the past the same way as before the deed had happened, there was a narrative break in the “stories” of Europeans, a communal caesura that didn’t change the past, but made it fragmented.

However, our species, the “homo narrativus” needs to tell stories: children stories to fall asleep, family stories to feel rooted, and national stories of historical narratives to sustain our identities. This way the European peoples yearning for reconciliation started to reconstruct the systems of which the project of the European Union was born. It was not merely “fate” or the “necessary” flow of the history that created the European project. It was the rupture in the collective memory and the act of breaking down the existing causal chains that allowed a whole society to rethink the way of coliving, and to make a decision to aspire towards democracy again and again.

But the question that triggered me, a member of the Hungarian minority from Slovakia, hundred years after the Trianon treaty, without having and ethnic party in the Slovak Parliament and an MEP from Southern Slovakia in the European Parliament to advocate for us: Facing all these challenges of the Union and of our communities, have all of us really broke apart from the once existing unfortunate communal understanding of the past? What did the formation of the European Union mean for the Western block? Did it mean the same for the Eastern bloc that lived a good forty years in a forced marriage with the Soviet Union? Was 1945 the “right rupture” for the countries once socialists to be able to integrate and tell the story of the European Union as if it were their own? The case of the now tantruming Hungarian state that is still clinging to the mutilating experience of the Trianon treaty, the rise of illiberal democracies and the mistreating of some human rights of autochthonous minorities in the Carpathian basin seem to uphold the conservation of anachronic historical thinking not having found yet the cure on these symptoms.

Verovšek argues that while the legacy of ’45 in the Western countries, the defeating of fascisms underlined the utmost importance of protecting human rights, the Eastern countries‘ heirloom of ’89 marked the end of the external influence regaining self-governance.(2) Moreover, there is a difference in the perception of the nation-state: while on the West it was proven to be a threat, on the East it was the force facing communism. Claiming that our collective memory decides how we see the future, it is no wonder that for the countries of the EU building on their existing frameworks the integration was becoming troublesome and giving birth to a new narrative not yet attainable.

How to solve it then? There are no ready-made answers, but Verovšek and the good practices following ruptures offer some starting points. As the former commissioner Violeta Bulc has put in the discussion with the ELP Fellows, “the broader the engagement, the better the solution,” which means we need a common narrative based on a multilateral approach. “Only such a  notion, which links collective memories to future projects, the past to the future through the present, can resolve the European crisis,”(3) says the book. A narrative that brings together the legacies of ’45, ’89 (and in the Carpathian basin 1920). It can be achieved through intensive social dialogue, changing curricula, opening museums, choosing carefully whom we commemorate, setting up common celebration of holidays and dealing with their dark side, as well as putting them in the framework of the EU as if the latter considerations were not merely national. Whether it be through them or through other best practices viable for given communities, regions, states, or the whole EU, it is not the only crucial moment. A very crucial part is that we realize we need to convert from the old narratives that do not serve us anymore and take conscious decisions. 2020 acts in many ways as a rupture, let us not waste time to read Peter Verovšek’s book – as it is as timely as ever.

(1)P.J. Verovšek, Memory and the future of Europe; Rupture and integration in the wake of total war (Manchester University Press), 2020,  p.3

(2)P.J. Verovšek, Memory and the future of Europe; Rupture and integration in the wake of total war (Manchester University Press), 2020, p.191

(3)P.J. Verovšek, Memory and the future of Europe; Rupture and integration in the wake of total war (Manchester University Press), 2020, p.4