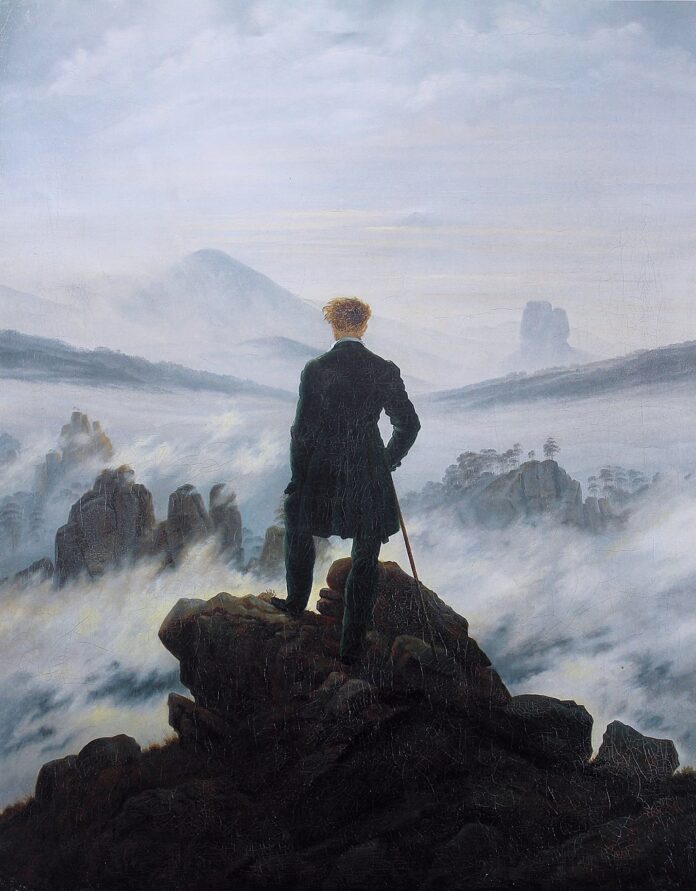 How shall the EU comfort itself, the murderer of murderers?

Josef Stalin died when my grandma was 8 years old. Every house had to hang a black flag from its front door. If you somehow “forgot” to hang the flag, the fisherman might find you conspicuously “drowned” in the river a week later, or in a best-case scenario, you might win an all-expense paid trip to Siberia for a couple of years. Every room in any sort of public office had a portrait of Stalin. Instead of the lives of the saints, children learned about the lives of Lenin and Stalin. All teachers had to be members of the Communist Party. God and the Church were openly ridiculed and mocked by the state, on one level for being superstitious and on another for being corrupt instruments of class suppression.

Yet, this open persecution backfired  as the Church became an instrument of peaceful resistance against the Communist oppressors. While the state attempted to institute a political religion built around Marxist-Leninism, the people across places throughout the Eastern bloc refused to kowtow to this foreign and ultimately evil belief system. Efforts such as recruitment into the state-run militant atheist league usually proved unsuccessful, attempting to secularize holidays with kiddy nonsense such as “father frost” on Christmas and making Easter a mandatory working day also failed to handicap religious observance. Even when denouncing religion could usually help you secure a better paying job and more material goods religious observance in much of the Eastern bloc remained high. This open hostility toward religion was common practice, in one way or another across the USSR and the greater iron curtain.

Yet today, we are on the cusp now of something Lenin and Stalin only dreamed of. In much of Western Europe, we are approaching a post-Christian society. When Friedrich Nietzsche predicated the “death of God” this (as most scholars agree) was not meant to be interpreted (as it so often is) the belief that God has literally died or that he never existed. No, instead it meant that God and Christianity have ceased to become the exclusive or even the majority element in defining European culture and morality, and faith in true world theories is collapsing.

In those aged 16-29, throughout Europe, we see the distinct lack of Christianity. This religion has ceased to become the default persuasion of European people’s or to guide European Culture.  In places such as the Czech Republic, the Netherlands and Sweden, most young people do not identify as Christian, even in former Catholic strongholds such as Poland and Italy (where in some regions Christianity remains fairly strong), one can observe a gradual erosion of Christian influence and religiosity. Perhaps shockingly, the Protestant religion fares much worse, even though there was no scandal that paralleled the Roman Catholic sex-abuse crisis in the Protestant Church.

In Germany in 1932, 62% of the population identified as Evangelical Protestant, today the number of Protestants has fallen to below 25%. If any firm in the private sector showed these kinds of numbers, the entire administrative board and a good number of employees would have been fired, and the owner would have cleaned house. In both Roman Catholic and Evangelical Churches we see a steady rise in woke and spineless clergy as namely Anglican, Protestant and some in the Catholic clergy have embraced a more radical view on social justice, but they have consistently failed to reverse this trend of irreligiosity among young people and society moreover. In Germany, the Protestant Churches are largely empty and have been relegated to mere cultural landmarks, setting foot inside one is like being in a dilapidated bowling alley.

In the Roman Catholic Church, a good number of the clergy openly defy the doctrine of the faith, presumably to score social justice points, while I do admit the likes of James Martin SJ are successful in getting retweets and selling books, they consistently fail in expanding vocations and mass attendance in the macro-sense. This open embrace of heresy which has been to a degree prevalent in many religious orders including the Jesuits, has despite it all, failed to attract younger people and converts to the faith. One could even argue that the embrace of “liberal Christianity” has exacerbated its own decline.  Looking at the Catholic Church, the traditionalist groups are the only ones who still get a steady stream of vocations and converts.

So what explains this trend of declining religiosity?

There is a great litany of variables in play, often case specific to countries and regions, but one over-arching theme is the rise in consumerist capitalism. While Communism, despite its evil, brought out Christianity’s strength, consumerism brings out its weakness. The finality and reality of death are absent concepts for most people, something that happens to the infirm and extremely old, often in care homes, out of sight and out of mind for the average person. The average European concerns him or herself with the purchase of commodities, the pursuit of leisure and pleasure. Through the steady rise in the standard of living, people have been bribed from believing in Christianity. Post-modern belief systems, including gender theory, many of which have been taught in “Catholic” universities has led to a steady erosion in trust of traditional, European institutions, be it the Church or the State.

Absurdly, complimenting the erosion of trust in the state and the Church is blind faith in the European Union as it continuously inserts itself in affairs, domestic and international. That’s right kiddos, we left ancient European institutions of culture and heritage behind for faith in a trading bloc.

But not just any trading bloc, one that has (in line with a Neo-functionalist theory of integration) absorbed more and more competencies over the years, as the effects of globalization have led to a jurisdictional spillover, thus requiring a larger, collectivized, and supranational approach. This growth in EU authority has been at the expense of nations and of local authorities, and yet, the evidence is indisputable, the standard of living, material gain and wealth of European countries continue to grow. Many people claim the EU has been successful in preventing another major European war….maybe, but if one believes in the tenants of the democratic peace theory then the presence of a trading bloc and a low barrier for imports and exports are largely irrelevant.  In a new globalized world, the EU has given European nations (especially smaller ones) a much larger platform then they would otherwise have gotten on the global stage by pooling their economic resources into a singular economic and political entity on the international stage.

But why? So we can promote European values abroad?

Nobody can even agree what those are, and what they can be defined as. Thirty years ago, formerly Christian countries like Spain and Ireland would not have defended liberalizing abortion access in Africa and  supporting euthanasia. Today there is still no consensus as to what even defines Liberal Democracy. Look at the disputes Poland and Hungary have with the rest of the Union as an example. Furthermore, if the mass scale belief in transcendent morality and objective truth evaporates, don’t European values become a matter of popular opinion? The erosion of borders and European culture has led to an increased commodification of identities and cultures and the fusion of the European culture into a singular culture, something that would allow for a future “United States of Europe” and would be the final reasoned step on the road toward European integration. This consumerist evaporation of culture is something that has most recently happened to the LGBT movement as this movement, once with a concrete set of beliefs, experiences, identity and ideas has been commodified and wearing a rainbow flag is nothing more than a fashion statement in 2021, Neo-liberalism has no qualms about removing any meaning from left-leaning organizations as well, until they, like Christianity are little more than an empty-cultural consumerist relic that you can pin to your backpack  after a cycling trip.

My grandmother refused to worship Comrade Stalin, but my grandchildren will likely worship something equally vapid, pointless, and fundamentally absurd, possessions and consumerism. Peak Neo-liberalism, the state has been replaced with a trading bloc, God has been replaced consumption and culture has been reduced to a consumable good.

When Nietzsche predicted the death of God, this is not (as it’s often interpreted) seen as a sort of celebration, he knew that if left unchecked, this would lead to nihilism. The growth in consumable goods and material comfort has eliminated the need of God for most Europeans in their lives, and the clergy across Christian denominations have generally helped in digging their own graves.

What final effect this will have on our culture, beliefs and way of life remains to be seen.  But while the material gains and the prosperity of the EU for all European citizens are undeniable, are Europeans happier and better off? With the death of God and the absence of religion, a central communal organization has ceased to become relevant. We see the rise in anomie, emptiness, “bowling alone” if you will. The idea that mere technological growth and wealth will make us better off is an idea that has been hanged, drawn, and quartered by the likes of Fyodor Dostoevsky. But as the COVID-19 pandemic rages on and the European Union adopts its Green and Digital transformation, seeing oneself in one’s work will soon be a concept of the past, as we, inevitably ascend toward a totally digitized world, where belonging to a community means following some people on twitter, where work means sitting in your room like a zoo animal, and God is a mere superstition of the past.

The solution is not dissolution of the EU, as many on the populist right would have you believe, just as the solution is not deepened integration. The solution is leadership on all  (including that of the EU) that recognizes the complete needs of humanity, its desire for love, fulfillment, and community, not merely buying the newest piece of consumerist crap. The Jesuits once spread the Gospel to all the corners of the Earth, fearlessly throwing their lives away for the promotion of the Christian religion. In this era of increased hyper-sensitivity, we need resolution and toughness in leadership, or the EU will remain a neutered trading bloc, selling away concrete moral fortitude for retweets.

The Leadership Message of the Ignatius Year 2021