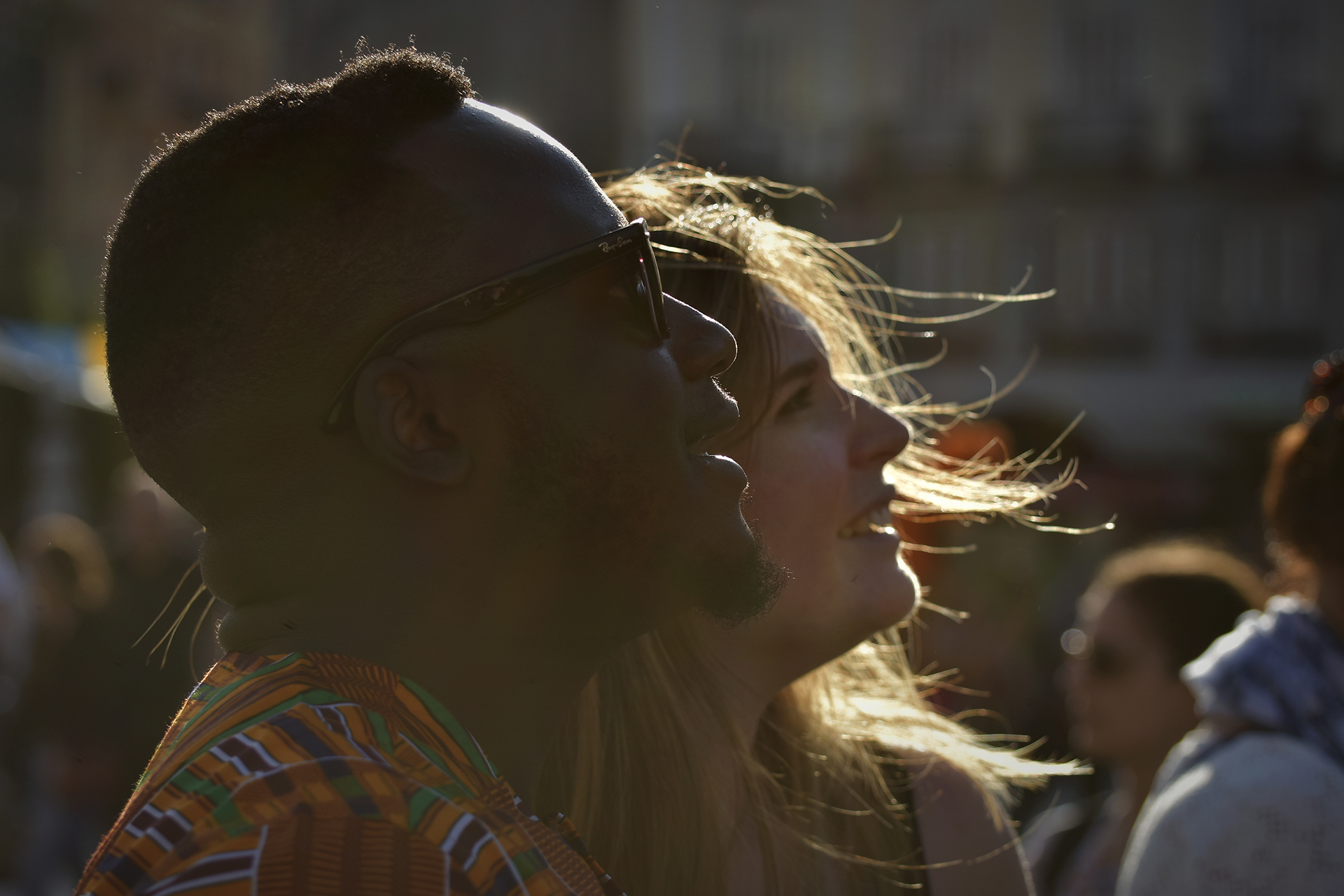 Thirty-eight people working in Communications for Jesuit organizations in Europe and beyond met in Madrid from May 14 to 17 for the JesWebCom Conference. I am one of them. My name is Susan Dabbous, the communication Assistant at the Jesuit European Social Center in Brussels (JESC), I am a journalist writing articles for our media outlets. Among us, there are also web designers, photographers, IT experts. We have different backgrounds, but certainly, we all face the same challenges.

We, the participants, had three days to discuss these questions. We arrived on Tuesday afternoon at “La Casa de ejercicios espirituales Rafaela Maria” a beautiful well kept convent in Barrio Salamanca, in the centre of the Spanish capital. José Maria Olaizola SJ,  Secretary of Communication of the Jesuit Spanish Province, took care of us from the very beginning.

The participants came from 18 different countries, a mix of Jesuits and lay. At dinner, I sat next to Vincent Sylvester Wada SJ, a Jesuit scholastic, doing his Philosophy studies in Lagos. He is also the main administrator of the Jesuit of North-West web page. It was interesting to talk to him about internet slowness and no-electricity days. In my office, we could die under similar circumstances.

The first day began with a moment of peace, listening to the beautiful music chosen by Emma Holland, producer of Pray as you go, an application that puts together music, prayers and Gospel readings.

How to communicate the Four Apostolic Universal Preferences

John Dardis SJ (General Councilor for Discernment and Director of Communication of the Curia in Rome) talked about the video they recently made in the Curia about the four Apostolic Preferences stressed by Father General Arturo Sosa SJ. I had heard a lot about Fr. Dardis. Now, it was the first time that I see him in person: he looks like Sting, the singer and he has a natural gift for public speaking.

“What are the Preferences?”, he asked wearing casual jeans and a polo shirt. “Why didn’t we call them priorities?”. I know the answer “Preference is a way to do things that imply not excluding other topics”. Here a little reminder, it’s never redundant to repeat them:

As Pope Francis said: take young people seriously. We watched the solemn video, and reacted, telling what struck us the most.

The second day we talked about the crisis in communications. Elena Rodriguez-Avial the coordinator of the Communication Office of the Jesuits in Spain, made her message very clear: don’t miss a call from a journalist, and, if you do, call back. No matter how difficult dealing with the crisis might be. It could be sexual abuse case, an accident, a corruption case. Not answering the call means that we have something to hide and can also turn a simple piece of bad news into a big scandal.

After a morning of “crisis” the participants deserved an afternoon of distraction, Madrid was warm and sunny and we went to Prado museum and we enjoyed masterpieces of Goya and Velázquez explained by an excellent guide. We then discovered the Habsburg heritage in the architecture of Madrid walking from Prado to Plaza Mayor.

By 8:30 pm we were quite hungry, so we sat at the Café d’Oriente restaurant in front of the Royal Palace, I’m personally amazed to see that eating seafood in Madrid (400 km far from the coast) is not something fancy, it absolutely normal and affordable. The meal combined with the variety of conversation made that evening particularly pleasant. Philippe Debruyne SJ, responsible for the newsletter of the Jesuit in Europe reminded me of my commitment: “Are you still up to write about the JesWebCom conference?” he asked with his gentleman manners. “Of course” I replied sipping my red wine.

The third day some of the participants shared their experiences. Carolinne Silva and I, from JESC, decided to emphasize the European Leadership Programme. A unique training project in Brussels that combines a professional career with spiritual growth. It was also very interesting to hear from the others- such as Caroline Jeunechamps editor of ÉchosJésuites, a printed magazine part of Jesuite francophone organization.

Jane Hallis from the Jesuits in Britain talked about guidelines and policy of communications online and offline. “A Jesuit is still a Jesuit – she said – even if  he uses his Facebook profile only for personal things.”

Another very useful tool that was discussed at the workshop is the Jesuit.Network, a map of the Jesuit Networks across the world.

But to me, personal networking is more interesting, so I decided to interview Gerardo Lombardo before we left Madrid. We discussed his work for the Jesuit Radio network Fé y Alegria based in Caracas, and in particular about the political crisis in Venezuela. “It is never too early to call for reconciliation,” he stated, although the country is very divided.

After our conversation, our mission as communicators for Jesuit organizations it became more clear: we have received a call to talk about spirituality, ecology, youth and the marginalized, it’s true. But more widely I see this call as a mission for peace and reconciliation in our spiteful society.

It was time to pack up, but we don’t leave Madrid without a spreadsheet for next JesWebCom (that will happen in Vienna on May 4-7 2020). We will focus on:

We ended the conference with a deep sense of gratitude and a desire to meet again.  The power of networking was felt again.