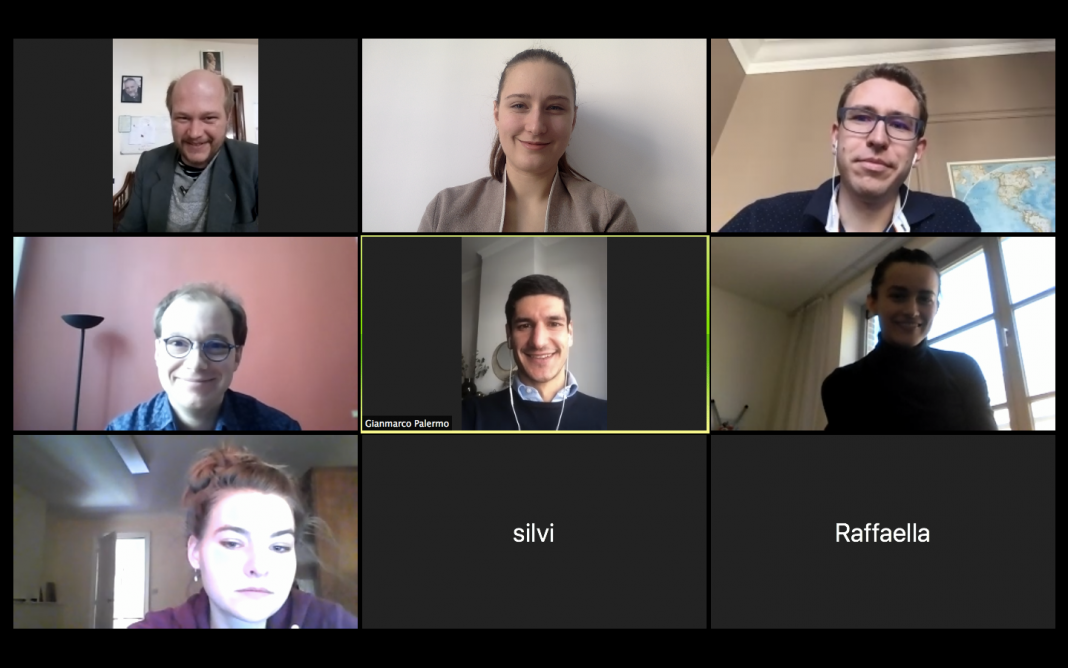 On March 26th ELP Fellows had the chance to meet Friedrich Bokern, the founder of Relief & Reconciliation for Syria, an international non-profit organisation operating in Lebanon since 2013 in the framework of the humanitarian response to the Syrian conflict. From his office in Lebanon, Friedrich shared his testimony with the Fellows, describing the current situation in the field, the ongoing projects carried on by the NGO and his personal “call to Syria”.

Friedrich fell in love with the country where he spent seven months learning Arabic and conducting field research in 2008. After the conflict outbreak in 2011, it was a call of duty for him to return and help on the front line. Nonetheless, the encounter with the Italian Jesuit Father Paolo dall’Oglio, who disappeared in Syria in 2013, further inspired and encouraged Friedrich, together with a group of friends from Syria, Europe and other Arab countries, to set up a solidarity mission in relief of the local communities affected by the war. R&R was then created with the help and guidance of “Abuna” Paolo, who was leading the ecumenical community of Deir Mar Musa in the Syrian desert and was considered by locals as a guiding light within the interreligious dialogue between Jews, Christians and Muslims.

Although legally established in Brussels, R&R has situated its operative centre in the northern Lebanese region of Akkar, located 12 km away from the Syrian border, an area that has become a flashpoint for refugees escaping from Syrian territories. Indeed, with 1.5 million Syrian refugees sheltered in the country, Lebanon currently hosts the highest concentration per capita of refugees in the world.

Besides the prolongation of the conflict, most recent circumstances are undermining the precarious stability of this small country: an unprecedented economic crisis that has led to anti-establishment protests since October 2019; the outbreak of COVID-19 that provoked the shut down of almost all public and private institutions. As UNHCR reported, social tensions are breaking out either among Lebanese population and towards refugees, thus fostering stigmatization, division, panic and violence.

In such a challenging and complex framework, the R&R mission is to combine peace-building with humanitarian aid, to foster inter-community and inter-confession dialogue, and strive for youth future. In order to comply with its objectives, R&R is relying on a specific methodology named Diapraxis, consisting in “Building peace not by talking about it but doing it, while working together”, as explained by Friedrich. The R&R founder concretely described this concept as a process that brings different communities to work together, by also involving each religious authority in taking part of  the steering committee.

Friedrich stressed the importance of directly engaging local communities during the decision making process, in order to encourage them to identify their needs together, instead of merely acting as recipients of solutions coming from external actors. Indeed, as Friedrich pointed out, “Trust comes more from deeds than from words, since words alone can even destroy trust if they are not followed by deeds. Hence, to make Peace arise, we shouldn’t only rely on meetings and talking: to make a difference we should also be working together”.

The conversation with Friedrich represented a precious occasion for the Fellows to get a direct testimony of personal engagement, courage, solidarity and determination. Fellows had the chance to virtually travel beyond the so called “Bruxelles bubble”, reflect on peacebuilding and cooperation methodologies by discussion with an expert working in the field, while acquiring a deeper insight into the current situation in Middle-East. Moreover, the lecture highlighted the importance of principles such as dialogue, coherence between humanitarian aid and development processes, the ability to understand culturally complex environments and interpret regional and related international dynamics.

After all, in Europe we only see the effects of the Syrian crisis, expressed in terms of the number of refugees arriving on our coasts and consequent securitization of the migration phenomenon. We generally lack the ability to interpret migration as part of more complex and wider dynamics, indeed we do not reflect, or maybe we easily forget, the deep causes that force people to abandon their countries.

In conclusion, while Syria has to overcome the conflict and re-build Peace, in Europe Peace represents an achievement that should be protected. In both cases, words cannot work without deeds.