On Thursday 20th of January, the European Leadership Programme (ELP) Fellows, had the chance to meet and have a fruitful discussion with Mr. Philippe Lamberts, Member of the European Parliament with the Green Party since 2009.

Mr. Philippe Lamberts started the two-hour session about the importance of having honest and ethically correct people in politics, in order to contrast corrupted ones and to improve the collective imaginary that all politicians are dishonest. In fact, even though there are some corrupted politicians, it is essential for young honest people not to feel impotent, but instead to feel empowered that they can bring a positive change in the political scene. Indeed, he himself feels empowered to continue in his political career when he sees how many other good people do not give up but instead fight for their ideals. 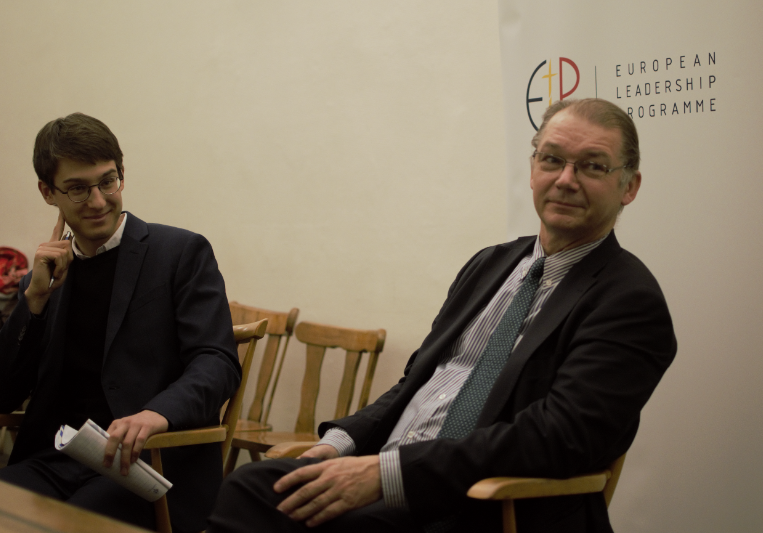 Frankness, clarity, openness and will power are the characteristics of Mr Lamberts that struck us the most during our 2-hour debate with him. He is indeed a very charismatic communicator, a politician who strongly encourages the audience to reflect on important issues, and not to follow one particular point of view just because some other people do so. The debate ranged from the new Commission election to the decision on the European Way of Life, from the enlargement to the Balkans to the general purpose of economy, as well as the performance of the Green Parties around Europe during the 2019 European Parliament elections, the Green Deal, and much more.

Mr Lamberts, as us the ELP fellows, strongly believe in a united Europe, and therefore inthe idea that either we succeed together, as European Union, or we all fail. Unfortunately, at the European level we are currently missing a sense of common belonging and a sense of solidarity, and there is the belief that the EU will be better without some countries and without a further enlargement. This belief could not be furthest from the truth. Indeed, the EU would not be better off had it to lose any of its (currently) 28 Member States, and it would definitely not be worse off with a further enlargement. That is why we welcome the enlargement towards the countries in the Balkan region, and a potential change in the voting system from unanimity to majority vote in the European Council.

The discussion then shifted on the name of the new Commission portfolio “Promoting our European Way of Life”, which already had created major controversy and it was indeed changed from the previous “Protecting our European Way of Life”. Mr Lamberts is against the name of this portfolio, and in particular he is against its link to the migration portfolio, as in fact this name seems to imply that migrants are invaders which are a threat to our European way of life and therefore we need to “protect” it and “promote” it. Instead, as the majority of ELP agreed, we should defend and promote our European values and not our “European way of life”.

The 2-hour meeting was thus rich in fruitful exchange of views, as well as personal stories from Mr Lamberts. We particularly cherish the opportunity we were given by the European Leadership Programme of meeting in a private gathering a Member of the European Parliament who is already at its third mandate, and who has a strong comprehensive knowledge on EU matters.