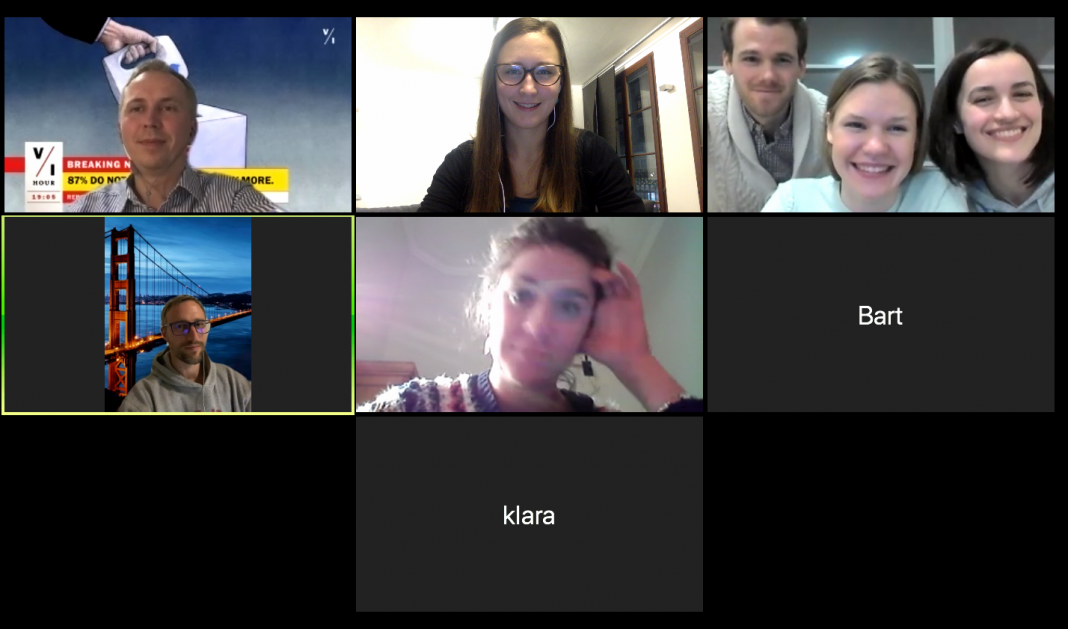 Information has always been among the most valuable assets in human history; being informed not only means a broader knowledge and understanding of the world and its turning but is — and has always been — the precondition for functioning and efficient states or state-like entities. Today, the main engine behind political environments and democratic changes is the immense mass of information circulating around the world and one’s ability to handle that ever-growing mass.

On March 17, the Fellows of the ELP had the pleasure to welcome Wojciech Przybylski — a political analyst of the Visegrad Insight, the main platform of analysis and media on Central Europe — as the guest speaker on the topic of information sovereignty.

As in his newest publication on information sovereignty scenarios for Central Europe, Mr. Przybylski states, the acquiring and handling of information is turning to be of paramount importance in the past decades; a feature which is not anymore an advantage but a necessary and fundamental means of functioning of states. And as the so-called digital age is turning to be the age of disinformation, authentic information is becoming not only the foremost means of political power-plays but also the vital ground of functioning democracies.

Mr. Przybylski presented the Fellows the findings of his research focused on the general tendencies of media formations and activity in Central and Eastern Europe, and on the findings of these researches, he is delivering an analysis of the anticipated relevant phenomenons of the nearest future of the global media tendencies.

A peek into the Visegrad Research Paper

As the research paper states, after decades of following the trail of development left behind by western democracies, the countries of the CEE region lately have been abandoning the “catching up” paradigm and are experimenting with various ways addressing today’s and tomorrow’s most burning challenges, and thus this rapidly emerging region of the European Union has become a lab for democracy and security in Europe.

According to the findings of his research, there are four major phenomena to be found in the CEE media sector deteriorating the sound functioning of the sphere and thus ultimately the stability of the overall democratic environment in the region.

The first phenomenon emerging in the media is the centralization of media, in which a near-total government takes over the information sector, therefore leading not only to the deterioration of the sphere but also to the country’s possible political isolation from its allies, which thus results in an unfavorable security status of that state.

Thirdly, the growth of a fragmented sphere is to be witnessed in today’s media market. This means basically a scene where the government-backed funding for pro-government media entities deteriorate the advertising market and also induces a radical polarization in the media sector, resulting in not only a decrease of the objective and quality journalism but causing substantial harm on the overall public sphere as well.

The last tendency of the media corrosion in the CEE region is the collapse of the advertising market. This collapse is the indirect consequence of the considerably rapid development of the digital ads market, which however did not bring an according to the evolution of resilience capacity addressing the organized crime scene targeting the security gaps in online advertising, thus dismantling the already unstable online ads sector.

Back to the ELP session

During the discussion with the fellows, Mr. Wojciech stressed that these phenomena pose a tremendous threat not only to the media market in this region of the EU but — being a tendency of global relevance — ultimately to the overall stability of the global state of rule of law, democracy, and security.

As it has been reiterated during the discussion, there is no unique solution for all the problems that face democracies in these days, but the disinformation and media corrosion can indeed be addressed not only by policy decisions but reasonable media consumption, critical approach, and open-mindedness, moreover, the designation and respect of the principles of fundamental rights, equity and the Freedom of Information. Following and cherishing these principles are not only the primary means of maintaining the information sovereignty in the European Union but also a moral obligation of all devoted to the prosperity of rule of law and democracy around the globe.