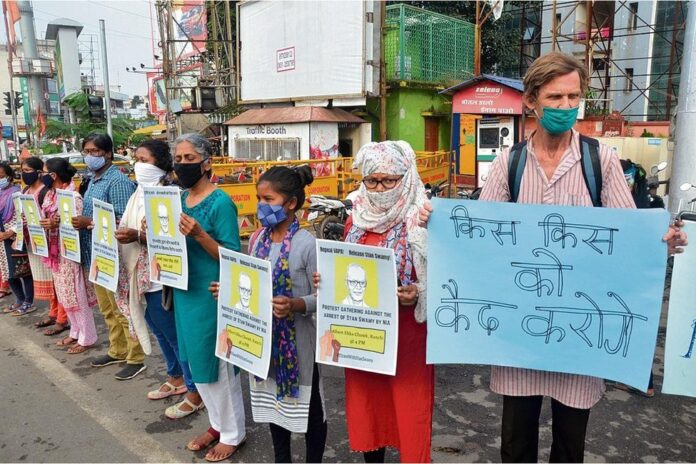 AWith the advocacy efforts of JESC Secretary for European Affairs, Martin Maier, 21 Members of the European Parliament (MEPs) from the main political Groups sent a letter to the Prime Minister of India, Narendra Modi, and to the Ambassador of India to Belgium, Mr. Santosh Jha, asking the immediate liberation of Stan Swamy on humanitarian grounds.

The signatures were collected by the MEP Pierre Larrouturou after the successful discussions with JESC Secretary for European Affairs and the International Solidarity support Group for Fr. Stan Swamy.

Fr Stan Swamy was imprisoned in India on October 10th, and his health is quickly deteriorating under these difficult conditions.

Read the MEP’s letter here: MEP letter for the liberation of Stan Swamy 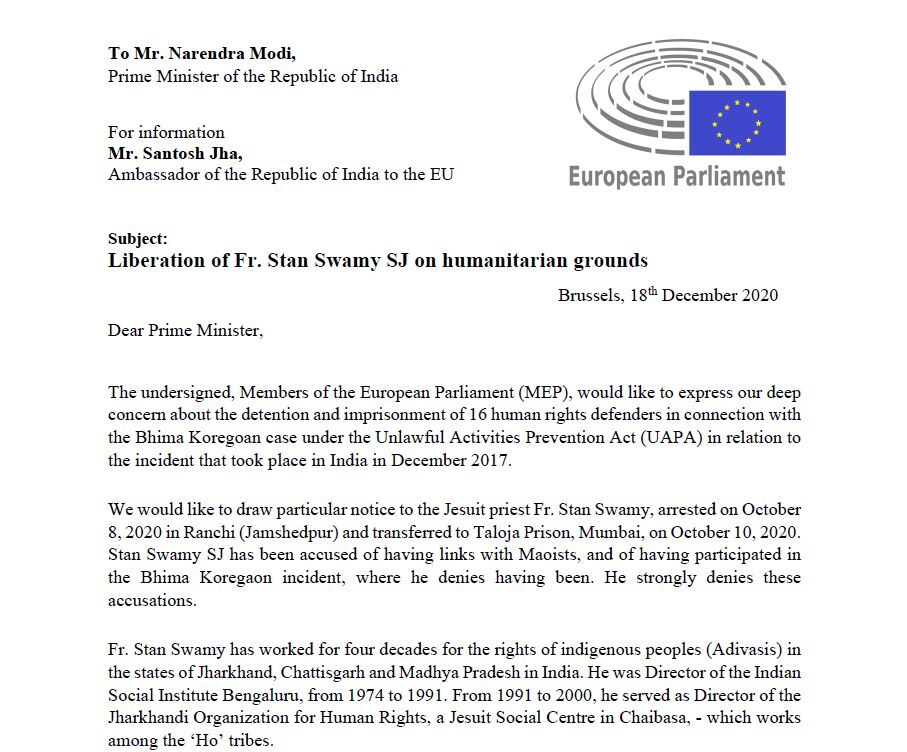 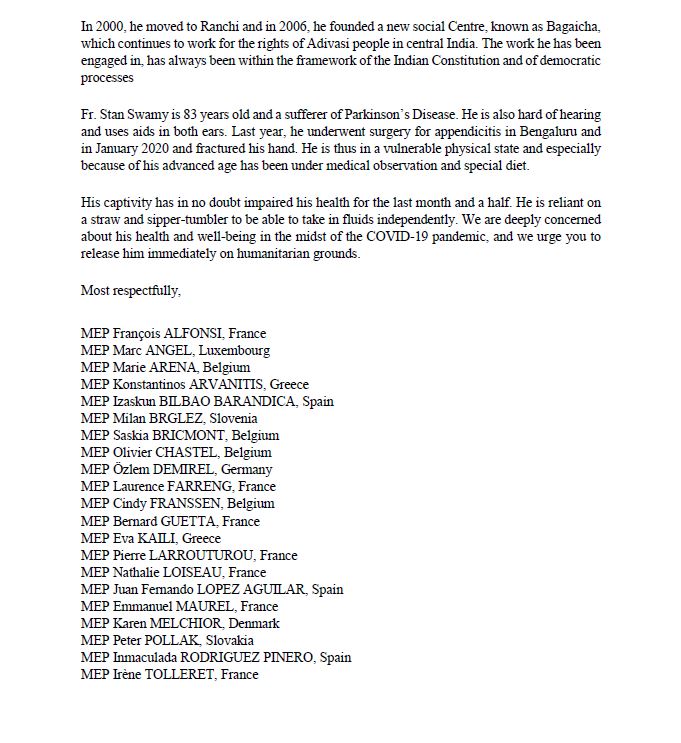