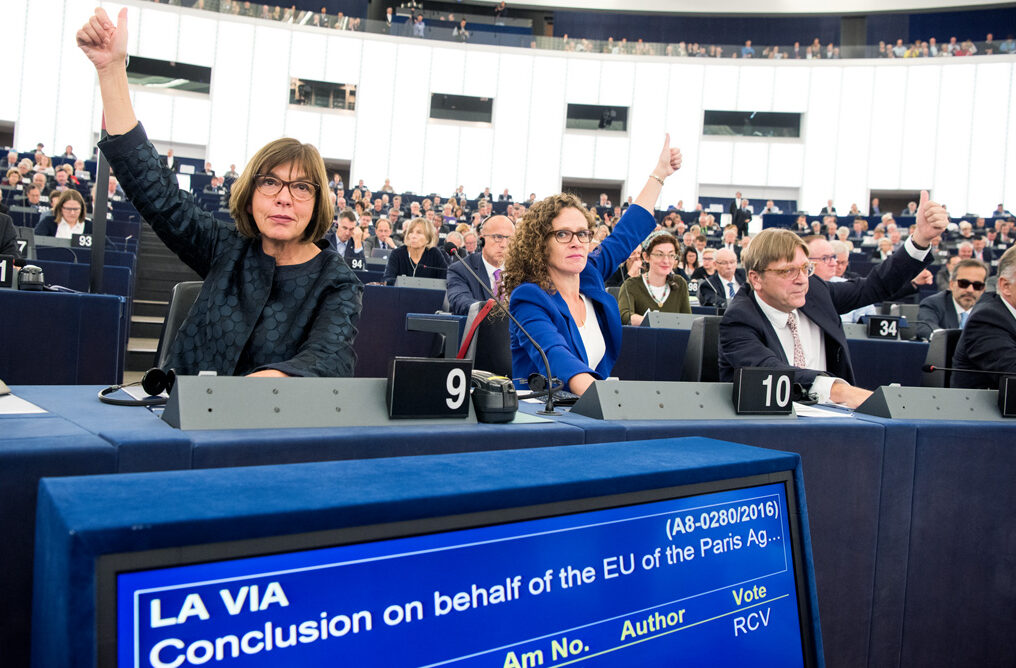 In late March, in one of his rare public statements, former European Commission president Jacques Delors gave a dramatic warning, “The climate that persists between heads of state and government and the lack of European solidarity are putting the European Union in mortal danger.”

Indeed, the poor management of the Coronavirus crisis and the lack of concrete solidarity in Europe have engendered a general feeling of desolation. Spain and Italy felt abandoned when they lacked resources at a national level. The ban on the export of medical equipment by certain countries and the opposition of Germany, Austria, Finland and the Netherlands to the creation of a common financial instrument to help the most affected countries (“corona-bonds”) are dividing the Union. On top of the Coronavirus pandemic, Europe has been undergoing other migration, economic, social and environmental crises for years – it must find a vaccine to save itself.
From its very beginnings, the idea of a united Europe has been founded on the spirit of solidarity between countries of the same continent. Exactly 70 years ago, as he was presenting his project for a European community, Robert Schuman affirmed that “Europe will not be made all at once, nor according to a single plan. It will be built through concrete achievements which first create a de facto solidarity.” Ascribing to the same spirit as the founding fathers of Europe, today philosophers, religious and politicians are showing that solidarity is the cure to the afflictions of our contemporary society.
Solidarity is a moral and spiritual value which is also at the core of the Church’s social teaching. Solidarity implies taking care of the well-being of others, of the most vulnerable, of old and unemployed people, of people excluded from society. Solidarity means love for our neighbour, care for others and their needs, and therefore a type of generosity which can only exist and thrive with a degree of reciprocity. It is more accurate to speak of a community of solidarity: a community where everyone supports and helps each other.
In a recent article in Le Monde, French philosopher and sociologist Edgar Morin alerted European citizens and their political representatives to the need to take responsibility during this crisis, seeing within it an opportunity to create a European society and community of solidarity, centred on the fundamentals: “love and friendship for our personal fulfilment, community and solidarity, being an ‘I’ among the ‘We’, the human destiny of which each of us is a part. In short, physical confinement should enable spiritual liberation.”
According to Pope Francis in his encyclical Laudato si, we are called to live out solidarity at a personal level as much as on a social and global level, as a key value of the “human family”. This links to the principle of subsidiarity established in the Social Teaching whereby social and political issues should be resolved at different levels, giving priority to the smallest level, to allow for its best possible management. 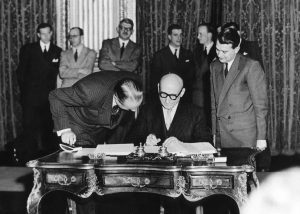 In his speech at the “(Re)thinking Europe” Conference in Rome in 2017, the Pope underlined that solidarity must also exist between generations. We must rediscover “the value of our own past, in order to enrich the present and to pass on a future of hope to future generations”. The community will rediscover its life-giving fabric, from its role in education (where responsibility is shared between “parents, schools and universities, religious and civil institutions”) to the creation of culture. To emerge from the crisis, Europe will have to address fundamental questions and rediscover that it “is not a mass of statistics or institutions, but is made up of people”. And “to be a person connects us with others; it makes us a community”. If we desire to contribute to the construction of a Europe based on the foundations of people and community, we must defend the values of “dialogue, inclusion, solidarity, development and peace”.
The environmental crisis affects all of humanity and our future. As a result, people from a variety of different areas of expertise are now calling for the shouldering of responsibility, and even more so for solidarity at all levels of our society, to become a vaccine for a divided Europe. This is what Robert Schuman understood back then. A pragmatic man, he noted that “de facto solidarity” will come from concrete actions and channels. The future of our continent will depend on the civic and political actions taken in the next weeks. We all have a mission to propose and/or to put in place projects of cooperation between individuals, communities, peoples, regions and other continents, particularly Africa.

There are already tools and ideas for bringing solidarity into being at European level. Notably, the “solidarity clause” in the European treaties (Art. 222) could be activated. This clause allows Member States to come to the aid of a state which has been struck by catastrophe and has exhausted the means at its disposal nationally. Another suggestion is the SURE programme (Support to mitigate Unemployment Risks in an Emergency) which is intended to help protect the jobs and workers affected by the coronavirus pandemic. In this way, the spirit of solidarity which inspired the founding fathers of Europe (Alcide de Gasperi, Jean Monnet, Paul-Henri Spaak, Konrad Adenauer) 70 years ago can and should become the vaccine to heal the European Union of the virus of selfishness and division today.

“The refugees teach me that life always wins”