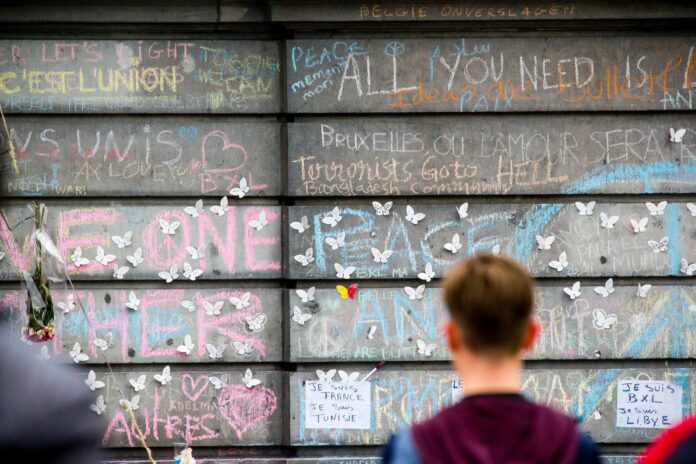 “Compromise is inevitable but the choice should be the lesser evil”, shared Herman Van Rompuy with the ELP fellows in an insightful conversation that took place on January 18. The former Prime Minister of Belgium and the first permanent President of the European Council shared his thoughts about ethics and solidarity in the politic decision making. We invite you to read the reflection paper on the session.

In an increasingly complex world, how can leaders make ethical and moral decisions that are in line with the welfare of society but that can also challenge their own personal values and beliefs?

Ethics in politics may seem a contradiction in terms to many. Polls suggest a lack of confidence in politicians, who are often seen as defending special interests instead of the common good – even if many try to give their best for the common cause.

The life of a politician is an almost daily confrontation with ethical questions (as is the case for other professions). How does one make decisions that are ethically very challenging?

The question asked Mr. Herman Van Rompuy, is not an easy one to answer but it matters more than ever. One might forget to consider the application of ethics in everyday life, unless one faces daily ethical challenges such as those face by healthcare worker or those in similar professions.

The stakes in politics are often higher – because politics is about the common good, the principles that govern society and because politicians should think through all of the implications of their decisions.

In a private session with the ELP fellows, Mr. Van Rompuy mentioned how, for Christians, the principles revolving around the common good gain additional dimensions as one might ask: Am I acting according to God’s will? What does God expect of me?

Not going further on the topic of ethical idealism and politics mentioned by Mr. Van Rompuy, I will reflect on how individual ethics are often transferred directly to the political sphere.

Politicians are neither exempt nor impartial creatures – as none of us are. How can politicians make ethical and moral decisions when those decisions can challenge their personal values and beliefs?

Policies and laws are not to be assessed merely by their purpose any more than they should be assessed as being broadly equitable, acceptable and just. In the end, compromises are part of politics and I believe that compromises may very much yield constructive results.

Mr. Herman Van shared his statement “Compromise is inevitable but the choice should be the lesser evil” in an empathetic, human and relatable way. For me, it takes courage to see the lesser evil in politics.

A matter of solidarity

One of the cases presented by Mr. Van Rompuy to explain how challenging ethical decisions are made gives us a hint about how important solidarity is.

To overcome its bankruptcy crisis (2009), Greece was rescued by loans granted by the European Member States. The breach of trust and confidence from the financial world towards Greece soon turned into an economic crisis following a political one.

In the face of the crisis and in the aura of fear, the possibility of Greece withdrawing from the eurozone floated over the European continent. The growing economic and ideological breach between the North and the South countries grew bigger and bigger. As Mr. Van Rompuy mentioned, financial markets posed strict measures to Greece under the motto “no solidarity without responsibility.”

As Portuguese, I am aware of the deep ideological differences between the North and the South. On one side are the highly functional and prosperous but inflexible northerners, who place rules before feelings (who call for more responsibility). On the other side stand the warm-hearted but very unproductive and lazy southerners (who call for more solidarity).

Regardless of the above, when crisis hits and solidarity is put to test, the breaches between those who think differently may become bigger but make no mistake: when there is no solidarity new breaches that we didn’t even know existed may also come to light.

In Portugal, we witnessed the ruinous economic fall of Greece and the lack of solidarity with the pensioners and the honest Greek tax-paying citizens under the motto “no solidarity without responsibility”.

Portugal’s unofficial motto used to be “This is my blissful beloved homeland”. But, as the country dived deep into the financial crisis, a new and less warm motto was adopted: “we are not Greece”.

Struggling with its own financial crisis, with the fear of being judged by the European Union and by the culturally rooted behaviour of pleasing others (and going by the book), the Portuguese Government created the motto on their own to show how they successfully completed the intervention program while Greece continued to collect austerity packages.

“I hope that Portugal can apply itself with even more determination, to show the European Union and the world that we will not follow these examples. We do not want to be confused with Greece, and that depends entirely on us. We are not Greece”, said the former Portuguese Prime Minister. Portuguese citizens shrank in shame of this motto but they kept repeating it – as if it helped them win back lost hope.

Eurocalypse shows that solidarity has no geographical rules or boundaries.  When crisis hits, we might bear witness to the lack of solidarity – either between North-South countries or among neighbouring countries.

During the private session with Mr. Van Rompuy, I reflected on how solidarity should always prevail (no matter what!) and on how dangerous and dreadful it is to live in a world without it.

Top tips for graduates: Entering the job market in 2021