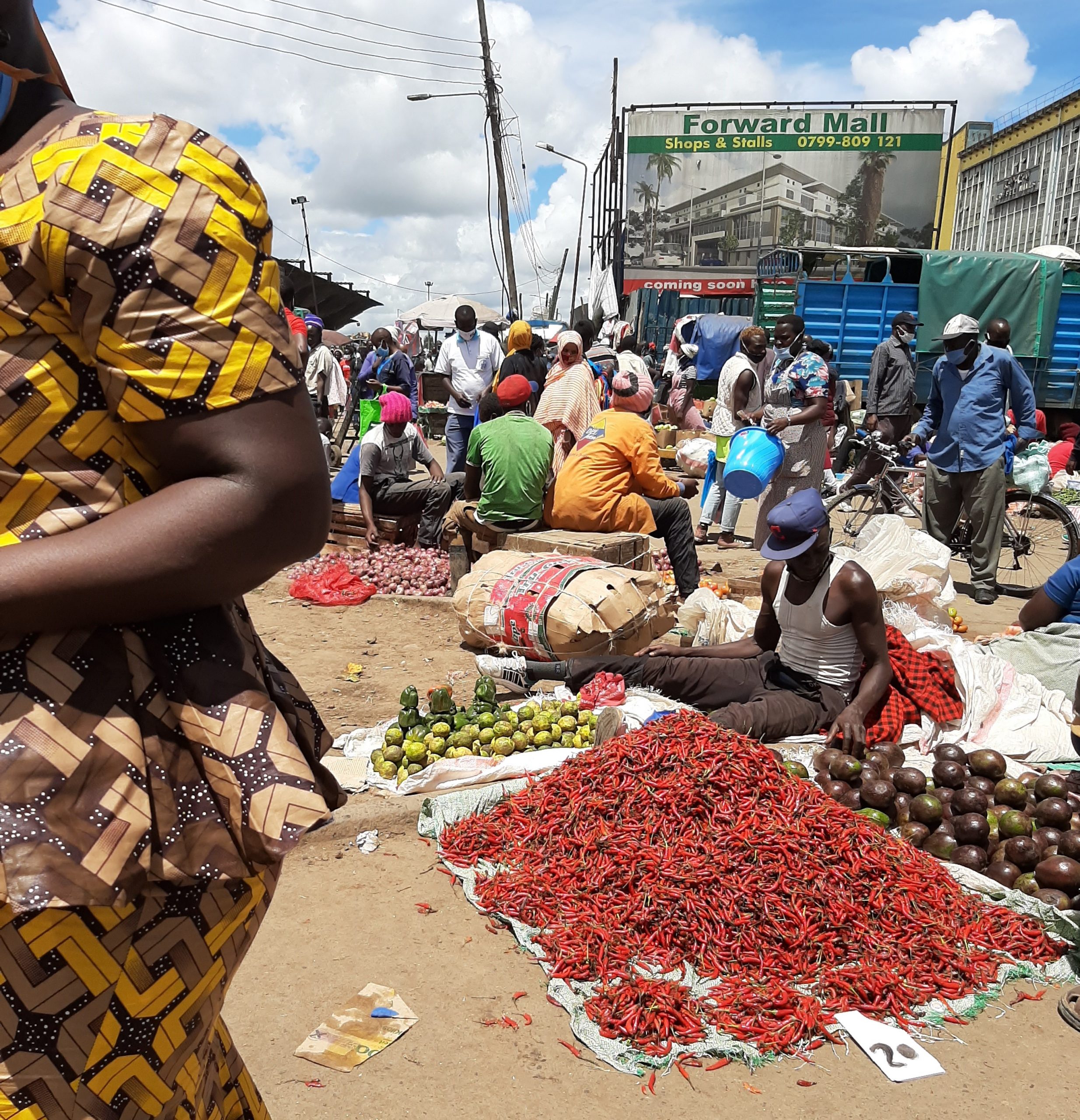 Article by Charlie B. Chilufya, SJ

Staying home and social distancing are now essential to control the spread of COVID-19. Suitable accommodation for quarantine and isolation are critical, but Africa’s housing systems and policies leave the poor and vulnerable severely and dangerously exposed.

According to World Bank data, over 60% of urban dwellers in Africa currently live in slums also called informal settlements. Informal settlements are areas with insecure residential status and those in major African cities are quite grim and horrifying. They are just warrens of shacks and crudely built single-room  (about 3 x 4-meter squares) apartment blocks. The one room could be home for as many as 11 from one household. Even those who are single share the accommodation in order for them to manage the rent. For the unmarried young, each single-room apartment may have at least more than four housemates and many others may have six or more in one bedroom or even sharing one bed.  Across Africa, they are the primary way by which hundreds of thousands of people have escaped even greater poverty in the countryside, where 82% of people living in extreme poverty in Africa live and earn what little money they have primarily from farming.

The housing conditions of a large proportion of the urban poor in African cities provide fertile ground for the coronavirus to spread. If any resident of an urban slum tested positive for COVID-19, they would probably not have a space where they can self-isolate, an impossible feat!

“It is impossible to self-isolate here, we share water points, toilets, bathrooms, and even beds,” said Rose Akoth from Korogocho slum in Nairobi. In the slums, even if anybody tested positive they would have not much recourse to self-isolation facilities or to medical attention as there are very few or no possibilities.

The Urban Poor Work to pay the rent

Paying the rent is a major worry for many slum dwellers even before the pandemic. The urban poor agree that their biggest worry even before food is about paying the rent each week. “Often I go without necessities like food, so I can pay for my accommodation”, said Wanjiru a 27-year mother of two.

The greatest fear of most urban poor is that of being homeless. To take care of that worry many say that they have to engage some kind of informal business or job for them to earn an income as formal jobs are very hard to come by. According to ILO, an estimated 85.8 percent of African workers are informally employed and they tend to be employed in low-productivity jobs offering comparatively low wages.

“My business, which is hawking fruits on Mombasa Road, has been hit hard by the COVID-19 pandemic as the number of customers I serve has dwindled and prices for stock have spiked. For two months now, I have sought alternative livelihood but to no avail.”  Said Muthoni, another young mother of two from Mihango in Nairobi. Muthoni has been trying to work out alternative income generation as a laundrywoman but many people are shirking from hiring her for fear of contracting Covid-19.

The loss of business for many like her have meant failure to pay their rent and therefore loss of housing. Recent measures to prevent landlords from evicting tenants who are in financial distress due to COVID-19 are not helping as the moratorium is not being followed or does not appear to prevent landlords from evicting tenants. One such case was that of Eliza from Nairobi who was evicted out of a bedsitter she rented for failing to pay her rentals and was later sexually abused as she sheltered in an unfinished open house for the night.

In an effort to protect populations from the coronavirus, more than half of the urban dwellers living in

slums in Africa are getting exposed as they lose incomes, become homeless or as they are forced to “stay home” in overcrowded apartments. The irony, however, is that these problems aren’t due to a shortage of housing and the solution is not to loosen the lockdowns. The number of unoccupied dwellings is, in fact, increasing during the current period that homelessness is growing, let alone the empty hotels and holiday resorts that have no one to occupy them at the moment.

What we are facing is not an absolute shortage of homes. It is our financialised property market in many African big cities that have distorted access to decent accommodation. Housing is now treated as an asset instead of a basic right. In addition, in recent years platforms such as Airbnb have made this situation worse by transforming the regular accommodation into short-term accommodation for tourists or boarding houses from university students who in fact are not occupying them now.

What should governments do?

In the short term, national, regional and local governments, at a minimum, must adopt the following emergency measures and ensure they are enforced or effected:

International Cooperation is Necessary to Fight COVID-19 in Africa

Even though we are undergoing a crisis, here is an opportunity for Africa and the world at large to correct the anomaly of lack of or indecent housing in Africa and in many places of the word. The big factor for Africa here is how to finance such an emergency and clearly African countries are broke and have very little tax revenue coming in at the moment. Africa will need financial assistance from all its richer northern partners like Europe and the USA. The scale of this crisis demands it. Being not as economically vulnerable as Africa in the current crisis, the US and Europe, for now, must concentrate on helping Africa support its citizens walk through this very difficult time while Africa shelters in wait for normalcy to return and do a better job.

Charlie Chilufya, S.J. is the director of the Justice and Ecology Office of the Jesuit Conference of Africa and Madagascar (JCAM). He is a political-economic analyst for Africa. The article reflects the author’s opinion, and not necessarily the views of JESC.

How can the Encyclical Laudato Si’ can steer the EU’s role in a just recovery after the COVID-19 crisis?

Solidarity and the Coronavirus Crisis

Economic Stimulus is Not Enough: The poor and the vulnerable in Africa Need Relief During the COVID-19 Pandemic