Home JUSTICE Economic Stimulus is Not Enough: The poor and the vulnerable in Africa... 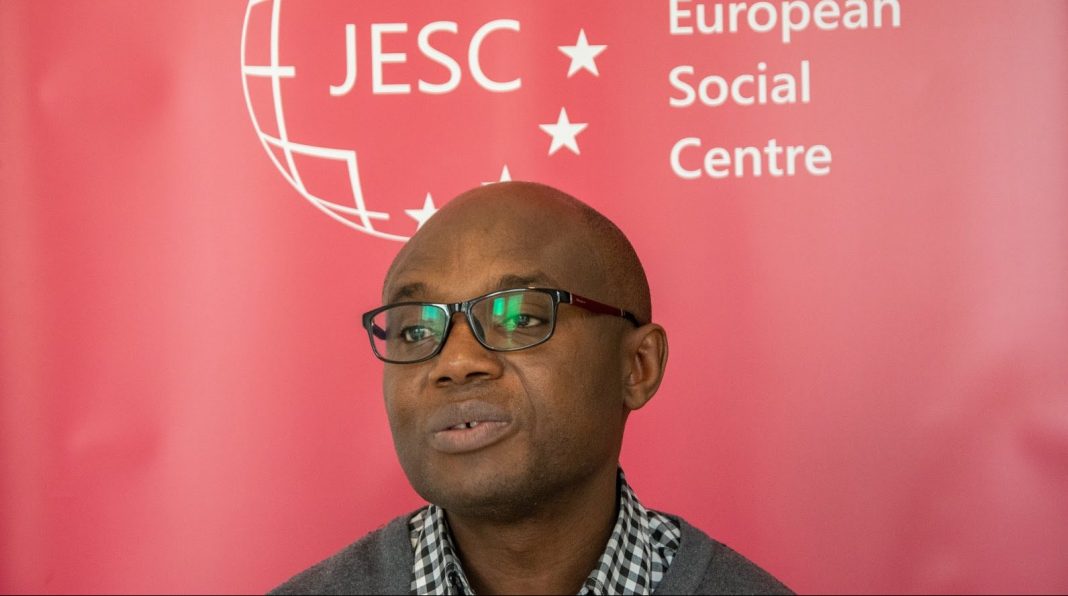 In the wake of COVID-19, something must be done, else people in Africa will fall back into poverty and many people in Africa will fall into destitution. These are not normal times. What is needed now is not just stimulus for the markets to function as usual. The support that vulnerable Africans and those at the verge of falling into poverty need during the pandemic is to help them get through an inevitable recession and not to avoid one. Therefore, governments need to support people to be able to meet their basic needs while they shelter in place and wait for economy to get back on its feet when this is over.

In my blog article three weeks ago or so I discussed how COVID-19 is worsening poverty in sub-Saharan Africa. This blog is a quick follow up to evoke some thoughts and ideas for considerations that are likely to come up or are already under discussion. Most of the global poor live in sub-Saharan Africa. Of the world’s 28 poorest countries, 27 are in sub-Saharan Africa. During the MDG phase, globally, between 1990 and 2015 there was a reduction in the number of poor people by 1 billion. However, this did not happen in Africa where the number of poor people rose from 278 million in 1990 to 413 million in 2015. The World Bank  projects that extreme poverty is showing few signs of abating in sub-Saharan Africa and countries may not manage to end extreme poverty by 2030.  In the wake of COVID-19, something must be done, else more people will fall back into poverty and many people in Africa will fall into destitution.

The Threat is Real

The threat of people falling into destitution and new ones becoming poor in Africa is real. Looking at the data for Sub-Saharan Africa (see PovcalNet), the percentage of individuals living below the international poverty line of $1.90 is approximately two thirds, while according to a September 2018 World Bank Global Poverty Monitoring Technical Note by Chen et al. almost everyone but the top decile (85-90%) in most sub-Saharan countries live below $5.50/day. With the current COVID-19 shock, incomes of most people in these countries have declined drastically. Given that they have little savings/assets they will not capacity to cope with such a large shock.

Even the incomes of many people who are above the poverty line and are normally not beneficiaries of social protection programs will be hit hard. This is because many African countries, and rightly so, are now adopting similar measures of extreme social distancing and lockdown. In Africa, this practically means bringing local economic activity through which ordinary people make ends meet to a near halt and this literally means no food and drink on the table for many who have no savings at all to enable them stay at home during the lockdown.

The situation will be worse for some sections of the population who are more likely to face destitution and this can have long-term effects on the economy. Policymakers as well as those making various interventions, like NGOs and international development and humanitarian organisations should be thinking and worried about how COVID-19 is disproportionately affecting more vulnerable groups like women, girls, children, orphaned and vulnerable children (OVCs), refugees, etc.  For example, the COVID-19 shock then may lead to malnutrition among young children and pregnant women. It also presents the threat of increased child marriages and teen pregnancies as David Evans has shown in his blog  . Thousands of refugees have become even more marginalised in camps during the Covid-19 pandemic. Restrictions on movement in and out of the camps have eroded refugees limited opportunities for informal income making them solely dependent on humanitarian assistance for their essential needs.

What Should African Governments do?

Many countries world over are deploying fiscal and monetary tools and social protection programmes in response to the COVID-19 shock. Do African governments have the facility to deploy any such tools to respond to the threat of increased poverty in the wake of COVID-19, what kind of preparations have they considered so far or are still considering? Do they have fiscal space for social protection programs that can be financed through their own budgets?

Ugo Gentilini, a senior economist with the Social Protection and Jobs Global Practice at the World Bank has been devoting his weekly Friday links to country-specific policy responses to COVID-19 globally and this work can be followed here. When Gentilini began his monitoring work, as of March 20, 2020, a total of 45 countries had introduced, adapted or expanded social protection programs in response to COVID-19. Responses were present in all regions, except Africa. The following week, a total of 84 countries had introduced or adapted social protection and jobs programs in response to COVID-19.  Even then there was no programme announced in Africa.

However, by April 10, 22 out the 54 African countries are introducing or adapting social protection and labour market programs. Yet, progress is largely driven by fee waivers for utilities (in virtually all countries), followed by in-kind transfers (7 countries) and cash transfers (5) all in response to COVID-19. Some African countries have initiated national stimulus programmes accompanied by structural reforms to improve their medium-term fiscal outlook. But what is startling is that most of these programmes have  a very small component of direct universal cash transfer. For example, Zimbabwe has earmarked US $ 15 million for a cash transfer targeting one million households for the next three months. This amounts to just US$15 per household or $2.5 per person for the whole three months. “It remains to be seen whether these funds will even reach their intended beneficiaries,” a director of an NGO remarked.

Some countries in Africa have offered temporary tax relief through targeted reductions or delays in paying taxes in order to help address cashflow shortfalls for affected businesses. These interventions are being combined with support to small and medium-sized businesses to maintain their payrolls.  Such interventions are commendable but only make sense in countries where many people are wage or salaried workers. Rates of unemployment in most African countries are still very high. So, any measures being introduced meant to support businesses sustain their payrolls will miss the larger section of populations that actually need help. While such programmes are commendable for the resuscitation of failing economies and businesses, they must be accompanied by social protection programmes robust enough to reach the needy.

Direct Support of the Needy Should be Priority

These are not normal times. What is needed now is not just stimulus for the markets to function as usual. The support that vulnerable Africans and those at the verge of falling into poverty need during the pandemic is to get them through an inevitable recession and not to avoid one. Therefore, governments need to support people to be able to meet their basic needs while they shelter in place and wait for economy to get back on its feet when this is over.

Cash Transfer Programs in Sub-Saharan Africa Would be More Effective

Traditional responses to disasters in Sub-Saharan Africa, such as emergency food aid in times of food shortages, have increasingly been seen as inadequate. According to a 2012 World Bank report (The Cash Dividend), “experiences—many relatively successful—reveal that the question is not whether cash transfers can be used in the region [sub-Saharan Africa], but how they should be used, and how they can be adapted and developed to meet social protection and development goals”.  There is evidence to support claims about the efficacy of cash transfers.

This piece shows that giving cash to poor people, no strings attached, is an amazingly powerful tool for boosting incomes and promoting development. This article in the New York Times reporting on various studies of cash transfer programmes world over, shows that the poor do not waste cash grants. According to this article, cash transfers are most commonly spent on food, shelter, health, education and small business investments. The same New York Times article shows that in Uganda, recipients of cash worked 17% more hours and had 40% higher earnings compared to those not eligible for the grant. And this blog article   reports on a World Bank Study of 19 cash transfer programmes found that the poor do not waste cash transfers. In South Africa a scheme targeting adolescents at risk of contracting HIV/Aids helped to halve ‘risky behaviour’.

Who to Give and How to Give

The major challenge for many African countries is twofold: limited fiscal space to provide for universal transfers and many countries lack the capacity to target people quickly and with manageable administrative costs. Providentially, most cash transfer programmes in Africa are complemented by those of INGOs, NGOs and development partners. For example, unlike the leading CT programs in other regions, almost half of the identified Sub-Saharan African programmes between 2004 and 2015 were supported by government institutions, and one in two were funded entirely by nongovernmental funds. In 2018-19, the UK’s Department for International Development (DFID) supported projects that reached 32.6 million with cash transfers. African governments can still lobby this kind of support in the hope of weaning themselves off once the crisis passes.

However, all said and done, care must be taken that the intended outcomes are obtained. Here are three things to consider:

Given the high rates of informality, how can the cash be disbursed in the most efficient and effective ways. Given the increasing cell phone penetration in Africa, Cash Transfer Programmes in Africa have been investigating how advanced technologies can be used to overcome traditional capacity constraints. Some of these technologies address challenges that are relatively unique to the region. Biometric identification can overcome traditional difficulties in identifying beneficiaries without appropriate documentation; point-of-sale devices or mobile phones can be used to transfer cash to nomadic or hard-to-reach beneficiaries; mobile phones may be used for data collection, social marketing, communication, or monitoring purposes, etc.

Although there is excitement about the possibility of using advanced technologies, this excitement should be tempered with a realistic understanding of whether and how these technologies will deliver what they promise.

Finally, others think cash transfers are overhyped. Cash transfers have a role to play in reducing poverty in Africa. But if their impact is to be sustained, African governments and citizens must drive their financing – not foreign donors. Many evaluations of cash transfer programmes in different countries and places have been conducted. They would provide credible evidence to guide any discernment surrounding cash transfers: there is no such thing as a ‘silver bullet’ in development!

Charlie B. Chilufya, S.J is the director of the Justice and Ecology Office (JEO)
– Jesuit Conference of Africa and Madagascar (JCAM)