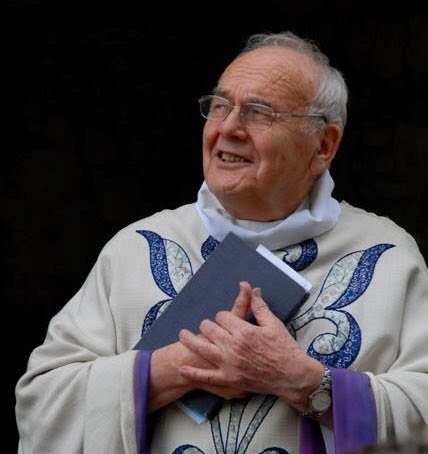 With sadness and gratitude JESC shares news of the death of Fr. Henri Madelin, who died in Lille on April 8 at the age of 83 from the Coronavirus. Besides important leadership positions within the Society of Jesus, he was always committed to the European project. From 2005 to 2012 he worked in Brussels (OCIPE, from 2012 JESC), and until 2018 in Strasbourg (OCIPE and Council of Europe) and Paris. As a political scientist and a Christian, he was convinced that Christian faith cannot be separated from a political and social commitment to justice. A man of benevolence and relations he put his human and intellectual qualities at the service of Christ, the Church, and society. Throughout his life, he gave testimony that the message of the Gospel remains a profound source for the renewal of our world. Henri Madelin published numerous books, among them in 2007 “Refaire l´Europe – To reconstruct Europe.” Jacques Delors in his preface speaks admiratively of Henri´s capacity for in-depth-reflection in searching the cultural and spiritual sources of Europe. JESC in its commitment to vision and values in Europe will keep Henri Madelin in grateful memory as a fine Jesuit and a great European.