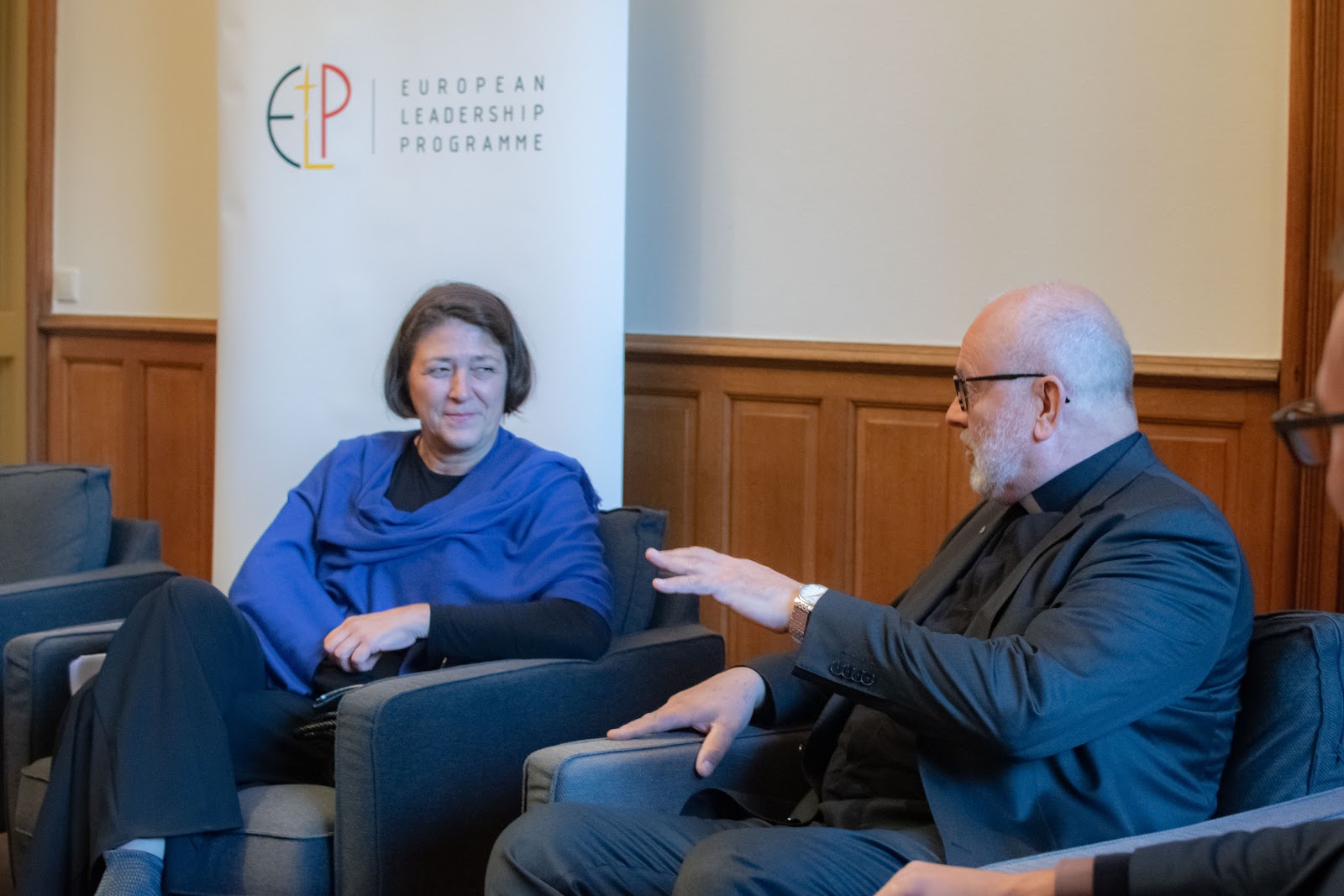 On October 17, the European Leadership Programme Fellows met with Violeta Bulc, the Transport Commissioner of the Juncker Commission.

The one and one-half hour long discussion gave us plenty of food for thought about the virtues of the current EU political structure and the techniques of successful leadership.

When asked about whether the EU should follow a federalist or a more Member States Sovereignty-based path, rather than choosing between the two, Commissioner Bulc praised the EU’s current institutional structure. In her view, the current set up is built on a strong triune structure of the main institutions; the Commission, the Council and the Parliament, which are forced to cooperate to achieve any changes. One virtue of this structure is that it shields commissioners from getting bogged down in political struggles and enables them to focus more fully on their policy fields. At the same time, the EU’s triune structure enjoys democratic legitimacy through the directly elected Parliament and the Council, which represents democratically elected EU member state governments. It is a balanced structure which allows the EU to flourish and progress utilising its main strength, its diversity.

Based on these virtues, Madame Commissioner emphasized that we should view the EU’s structure as an unprecedented, unique, yet exemplary institutional structure. She believes that the EU’s special structure brings hope worldwide, and that such cooperation between nation states can be replicated in other regions of the world as well.

Before entering politics, Madame Bulc had a successful business career. After becoming Commissioner for Transport, she clearly translated and utilized some techniques of business leadership in her new role. Her first priority was to build a new vision for the European transport sector. To craft the new vision, she and her team conducted hundreds of consultations with experts and stakeholders. The resulting vision was depicted in a typical diagram which was then placed on the wall of every office under Commissioner Bulc’s portfolio. Shortly thereafter, stakeholders started framing their own messages through the new vision’s framework. The result was crucial: Policy makers and stakeholders could discuss future steps within a common framework.

“The broader the engagement, the better the solution.”

Looking back on her five years in office, Commissioner Bulc concluded by stressing the power of the collective. In her view, a successful leader has to rely on a collective formed by highly qualified and extremely competent professionals. Future steps should be decided by consulting these well selected group of professionals.