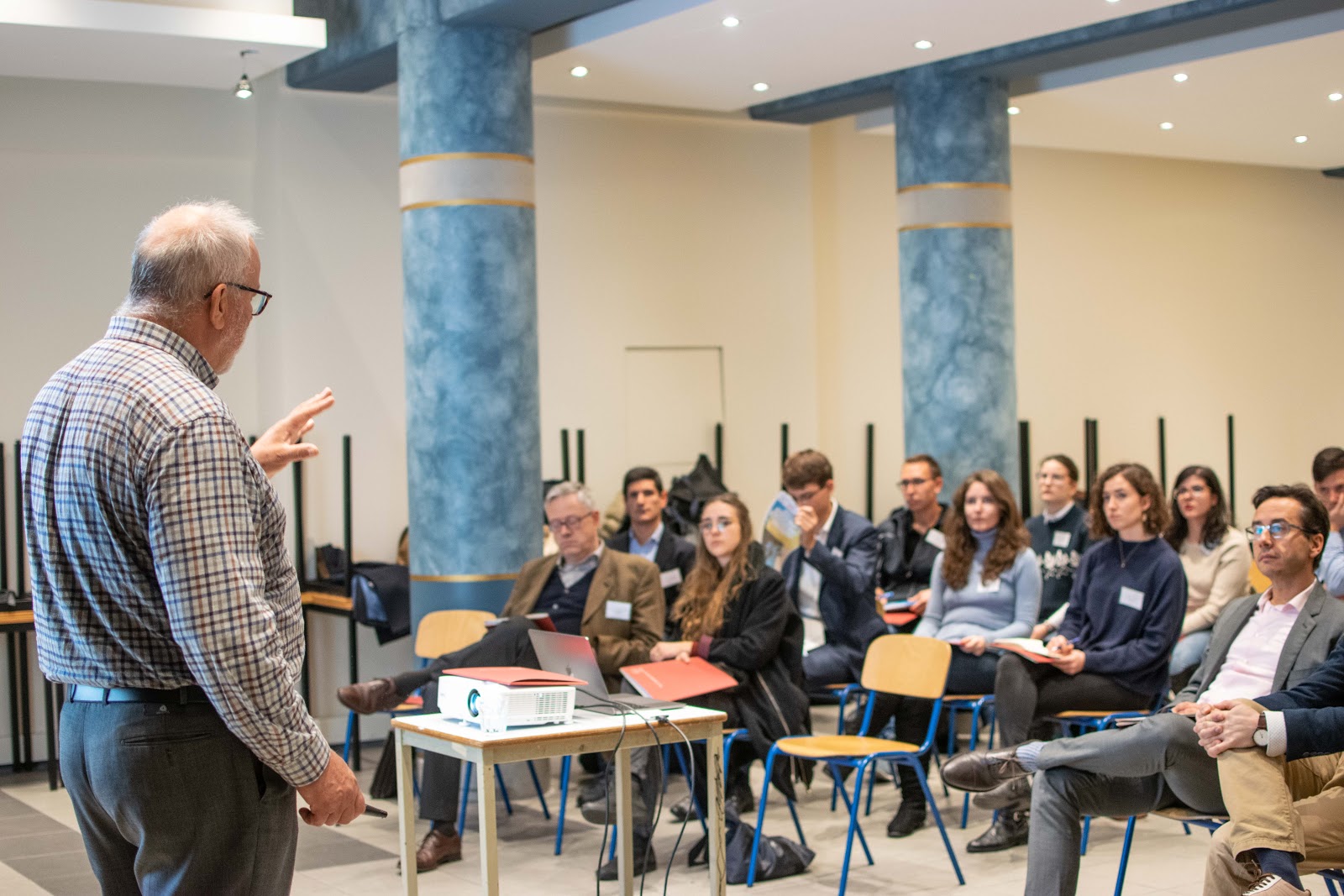 The Call to Public Life

On Friday October 11, the ELP Fellows and Jesuit Alumni met together to open a week-end seminar on “The call to public life: reshaping Europe”.

Edmond Grace SJ opened the session with an introduction to the notion of “call to public life”, by tackling the challenges of meeting faith and politics. The call to public life begins with a generous disposition to act in favor of something we believe in.

Yet, becoming involved in politics forces us to face obstacles, both personal or institutional, which can quickly lead us to compromise ourselves. In order to remain “centered” and “healthy” in our commitment, we have to stay attached to Christ, through faith.

To answer the question of “where does faith fit in public life?”, Victoria Martin de la Torre, author of a book on the Founders of the European Union, presented to the audience the men who shaped Europe. They were very different in many aspects, but they all shared a strong philosophical ground from Catholic Social Teaching to the philosophy of personalism.

Coming after the Second World War, they also experienced empathy. It influenced them to base Europe on several principles: Free will, equality, no selfish motivations and the goal of the common good. They united for a greater good. Today, climate change could also unite the new generation. These men should also change our vision of success: They succeeded in life only in their sixties. Yet, it is because they failed and suffered so much during their life that they were able to make the right decisions afterwards.

It does not matter where you are, it only matters where you go

On Saturday October 12, Diego Canga Fano, the former Head of Cabinet of the President of the European Parliament, concluded his speech in the following way:

“The more I work for the European Parliament, the more I want to share with the people”.

People have their inner voice, which gives them instructions that guide them in how to behave and which steps should be taken in their lives. Diego Canga Fano is as well-driven as by his inner voice which brought him a lot of experiences, ideas and values throughout his life. One of the best experiences was when he could avoid the closure of a Spanish company. According to him, it is unnecessary to shut down a well functioning factory that makes money for the country and value for the people.

First of all, giving is a simple action that appears in daily life in many situations. To work for the European Union is complex and challenging, although the values of the EU are quite efficient so as to achieve the long-term goals that are good for society.

Furthermore, people on the ground do not understand what is happening at the top if they are not involved and not heard. The involvement of society in the decision-making procedure would serve the general interest all over the world.

Finally, a contribution to the common good serves the interest of the people. During his talk, he mentioned that if a country wants to get more from the grass roots, the system should be more transparent. This kind of transparency helps society to become more prosperous through the help of the people and help of the government.

In conclusion, giving, listening, and contributing to the welfare is a two-way process. It is the obligation of the citizens and the governments as well because the synergy is indispensable between the two.

In the time of crisis, Leadership is the guiding light: The Italian case