Home LEADERSHIP Herman Van Rompuy as an example of Leadership 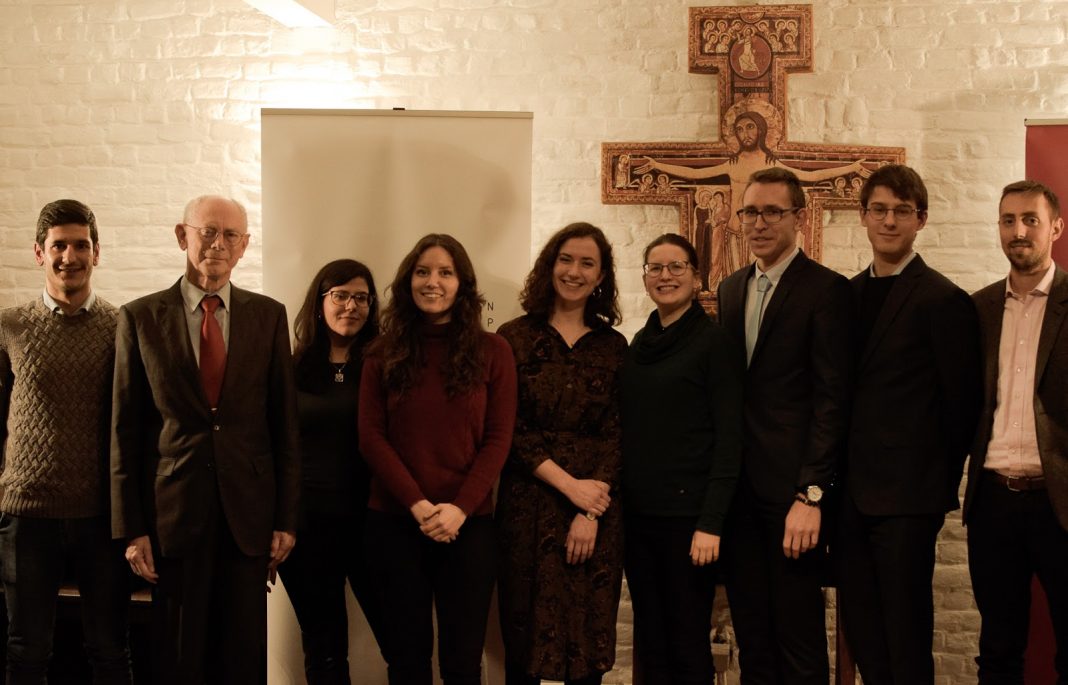 Being able to meet someone as prestigious as Mr. Herman Van Rompuy and having the honor of asking him questions is not something that happens every day. However, thanks to the European Leadership Programme, even the most unlikely things can become real. Therefore, in the small but welcoming chapel of the Jesuit European Social Center, a meeting with a person of his caliber turns into a round table where the fellows of the program, together with some other guests, can have a very interesting and informal conversation with a former Belgian Prime Minister and first permanent President of the European Council.

Obviously Mr. Van Rompuy has a countless amount of things to say and the fellows were enthusiastically waiting to listen to anecdotes from his political past and not. It is fairly known that one of his utmost qualities is the fact that he is a great storyteller and bridge-builder. He shows incredible diplomacy to deal with uncomfortable issues such as Brexit or the advent of populism in Europe. 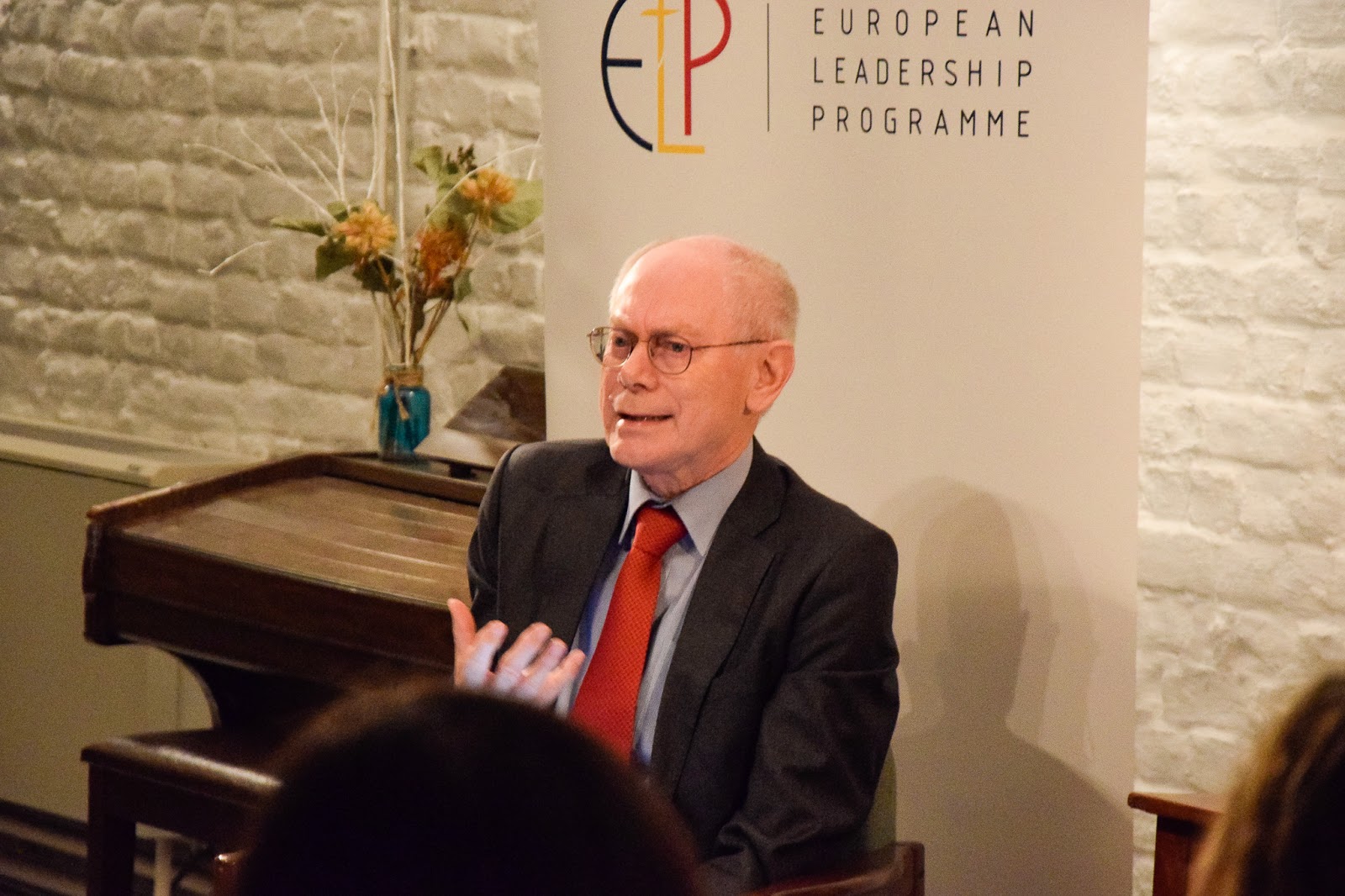 When sharing his anecdotes and answering to the questions of the group, there was an underlying smart approach that succedes to avoid taking an axiomatic position. For some people, this may be perceived as a lack of personality, security or absence of passion to stand for a well-defined position. I really do not agree with those people. His real purpose is to mediate between the parties involved in the discussion, because only in this way Europe could be built strong and efficiently united. This became even more noticeable/obvious when we had the chance to ask him a question about the architecture of the Union at the end of his speech. He politely responded that minorities, for instance, must always be listened and that every country needs to have its own role in building Europe, even though two countries as France and Germany rule the Union today.

Furthermore, he is not afraid of addressing conflicts, especially when these are needed to improve or resolve a situation.  In relation to facing challenges, he decided to quote Winston Churchill: “Don’t let a good crisis go to waste” because a crisis could always help if it is taken seriously. He chose Brexit as an example, and, even in such a case, he found a way to look just the positiveness in one of the biggest controversies of our days.

Moreover, he stressed that sometimes crisis can be incredibly beneficial. Indeed, it is exactly in these times of crisis and when there is a high level of uncertainty that great changes might happen. The mechanism is not simple but derives from the fact that in these moments there is an extreme need for leadership. A striking example, although not adequately mentioned, is the European Union and its very complicated integration process.

This theory is equally valid for our imminent future. Indeed, the European Union will have to face other crises such as dependence on other economies that are growing enormously such as China. Therefore Europe risks becoming marginal in the economic field and therefore, at a time when all European countries begin to be in difficulty, the only solution will be to find alliances. And guess what? To do this, Europe does not only need great leaders. It will need a mediator. It will once again need bridge-builders and European project supporters such as Van Rompuy have demonstrated to be. 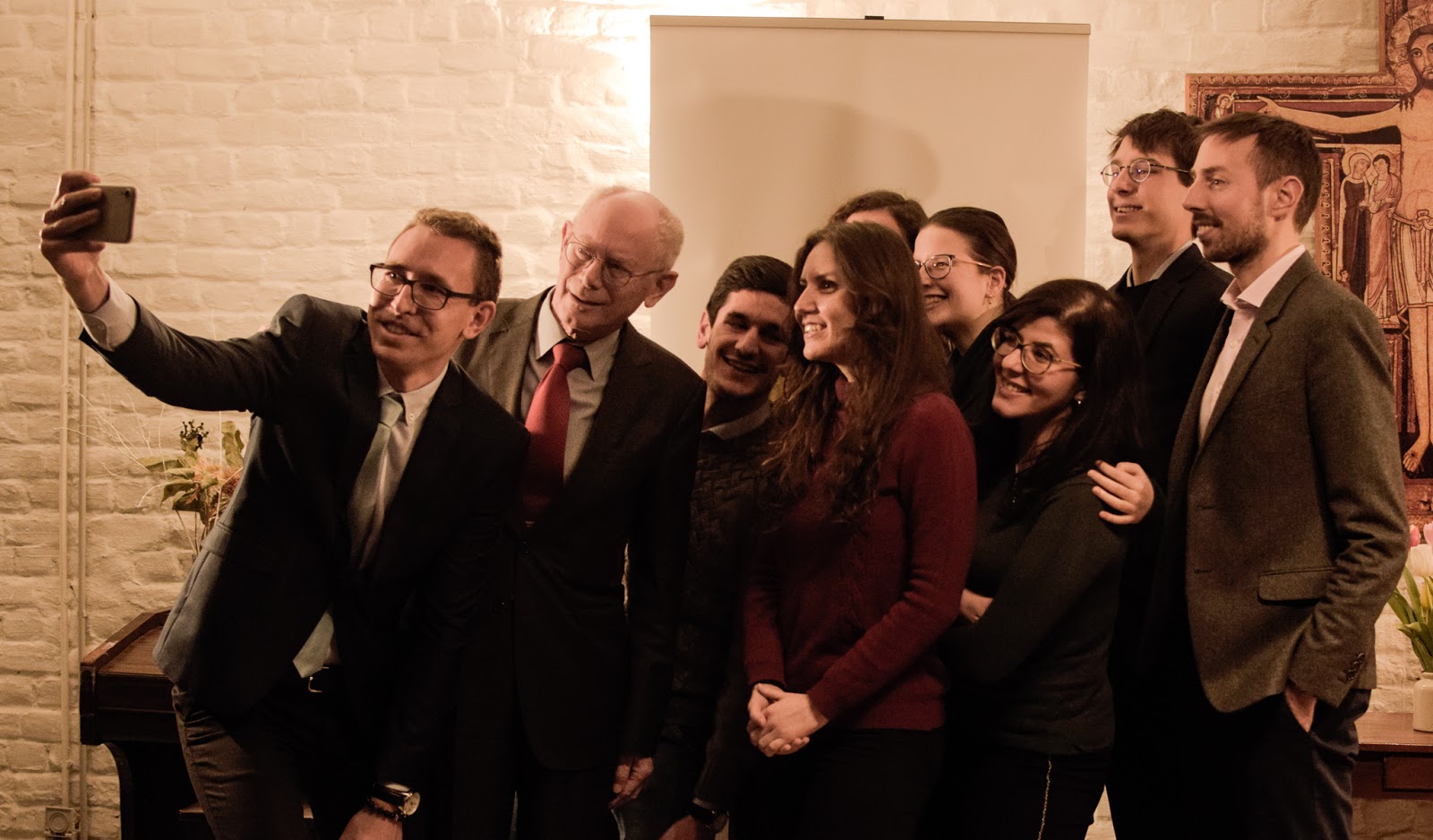 In the time of crisis, Leadership is the guiding light: The Italian case

The necessary balance between creativity and rationality