Home LEADERSHIP The necessary balance between creativity and rationality 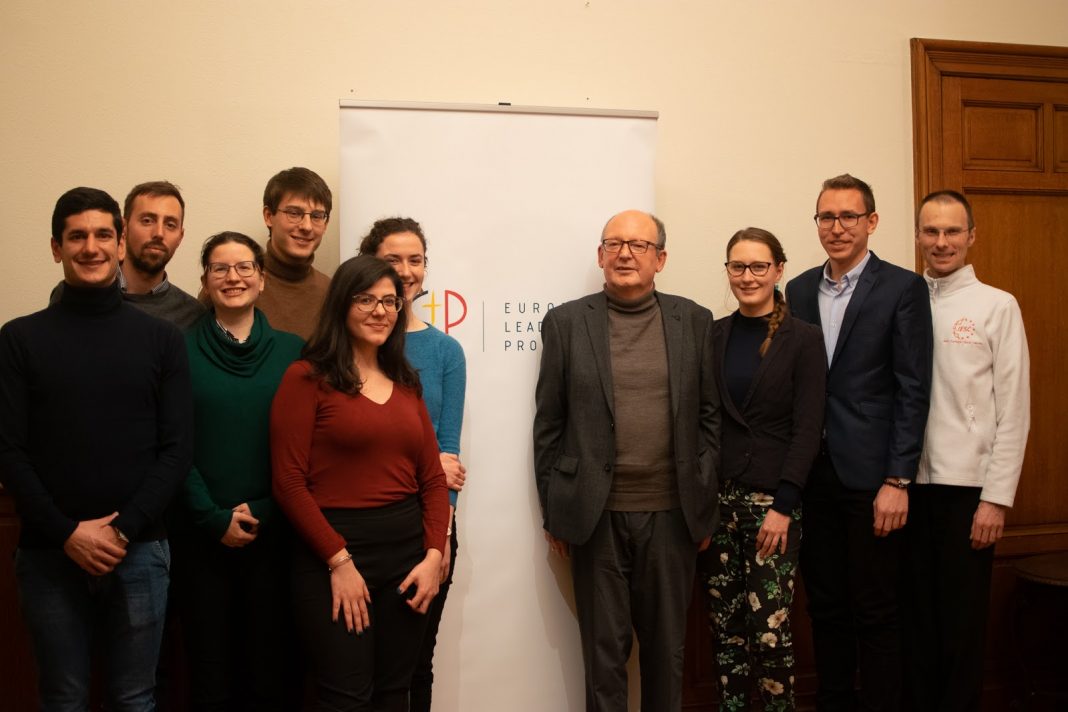 On 16 January the fellows of the European Leadership Programme had a thoughtful discussion with professor Johan Verstraeten, director of the Centre for Catholic Social Thought at Leuven University and one of the founders of the European Leadership Programme. The two hours long discussion started with Mr. Verstraeten’s introduction focusing on the necessity to find a second language that can help us widen our world, so constrained by the dominant, rationalizing-neoliberal language.  The fellows challenged some of the points of Mr. Verstraeten, but most of them seemed to agree that there is a need to balance the use of our rational and imaginary languages. 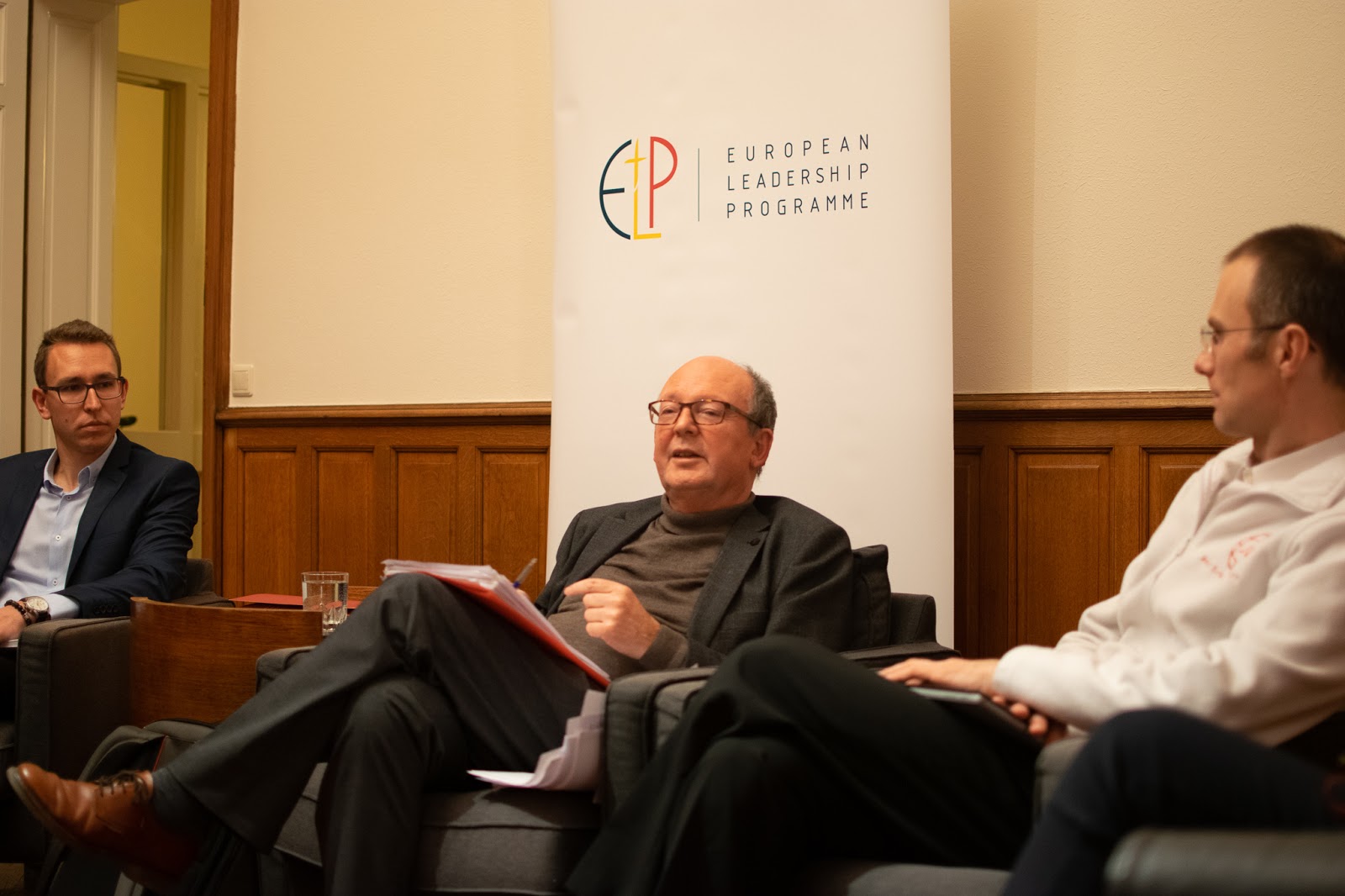 “Statistics are the most fashionable way to lie” – stated Mr. Verstraeten to trigger our critical thinking and continued by saying that neo-liberalism obliges people to live in a distorted world, where everything that is not useful is destroyed. He also stressed the difference between rational and reasonable. Reasonable leaders can assess a situation from more than one perspective and integrate multiple points of view.

To awake from the narrow neoliberal vision of the world we need to find stories which initiate our imagination and open our mind. We need not only the language of our analytical, rational mind but also the language of our creative and imaginative mind, in order to be humans who reach our full potential to innovate. If we only use the rational, analytical language, it will lead to feelings of anxiety, fear, and anguish.

More into the discussion,  one of the fellows raised a question referring to the ideas of Max Weber on bureaucracy, saying that Weber considered a positive phenomenon the separation of public and private and the rise of the rationalized, regulated and calculative bureaucracy, central in our socio-economic development. Mr. Verstraeten was glad that Weber was brought into the conversation and said that he himself builds upon Weber because he likewise thought that too much bureaucracy will have its own harmful effects. There is a need for balance.

Mr. Verstraeten was challenged on his argument in favour of migration, as he initially based his opinion on the aging of Europe’s population and the labour shortages faced by European economies. One of the fellows argued that here the second language what those who oppose migration should also be taken into account. Mr. Verstraeten partly agreed, but also pointed out that the stories of those who are desperately fleeing conflicts and looking for a better life should also be heard. It is our responsibility as fellow Christians to hear their voice and help them.

Towards the end of the discussion, Mr. Verstraeten shared a very revealing and inspirational story with the fellows. A long time ago, he wrote a recommendation letter for someone he barely knew. After many years, he received a letter from the person whom he recommended, thanking him for his support and telling Mr. Verstraeten that the recommendation letter made it possible for him to study at an outstanding university and that afterward, he could become the advisor of the prime minister of his country. The message was clear: sometimes with an effort which is almost insignificant to us, we can deeply help the life of others.

The charming business of diplomacy