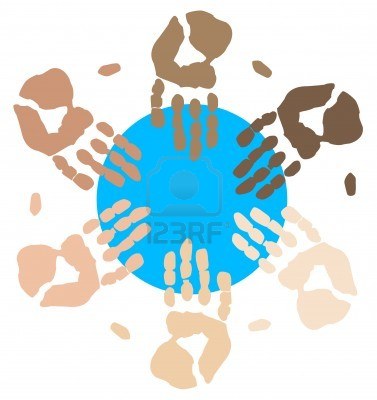 It’s really something to praise the recent publication by the European Commission of the Communication entitled: “A decent life for all: ending poverty and giving the world a sustainable future“. The Commission is pointing in this publication to the major challenges of our time as expounded by Nicholas Stern, the renowned British economist and author of the most famous report on economics of climate change.

This Communication is intended to promote the discussion of this important topic between the other EU bodies and if successful, it could become a legislative piece or a defined policy. In this case the topic chosen cannot be more appropriate, urgent and important.

With the revision in this year (2013) of the Millennium Development Goals (MDGs), meant to be fulfilled in 2015, the Commission wants to open a discussion on the post-2015 goals, that is, the new objectives that the UN should set after these fifteen years of sustained global efforts to reduce poverty and to promote equality. The second axis of the communication, and consequential discussion, is the follow-up of the agreements reached at Rio+20 —the UN Conference on Sustainable Development held in July 2012.

Although we do fully share the general orientation of the Communication because it is certainly pointing out to the two major challenges of our time, that is, how to alleviate poverty and how to assure a sustainable future for all specially under the climate change threat, the document also has its limitations.

Firstly, the Communication makes total abstraction of the present context of the crisis in Europe. It is difficult to tolerate the European rhetoric which seems to be preached from a place where the “do-gooders” are deigning to address the less developed countries, as if concepts like poverty, debt, emissions or pollution were not also issues in Europe. The very title of the Communication “A Decent Life for All” demands further consideration on how to tackle these very issues (poverty alleviation, not accomplishing environmental objectives…) inside the Union.

This is not said to protect our well-being in Europe against a hugely impoverished South, but on the contrary, to recognise that we should define strategies to deal with poverty both inside and outside of the EU. This acknowledgement of the present context will make the proposals more realistic, as it is clear that the financial margin of manoeuvre of the Union will be very limited in the coming years.

Secondly, besides the fortunate junction of concerns —poverty and environment— the Communication doesn’t synthesise new or innovative ideas. In fact, it collects the achievements of the MDGs as the target to halve the proportion of people living in extreme poverty (less than USD 1.25) was likely reached in 2010; or the target to halve the proportion of the population without access to safe drinking water which was achieved globally in 2010; and globally, primary school enrolment has increased to an average of 89%, with girls now almost as likely to be enrolled as boys. Undoubtedly the European commitment is remarkable, $53 billion in Official Development Aid (ODA) in 2001. Nor is it encouraging that the Annex just lists the “current and forthcoming actions in the EU that contribute to the implementation of Rio+20” showing that there are in fact no new proposals.

Thirdly, there is a real risk of getting trapped into a “branding loop”. The overlapping of EU strategies (2020, 2050…) together with the international agreements (Rio+20, MDG…) makes it difficult to fully align the variety of policies being proposed. The search for coherence among them becomes an imperative, but the other big risk is to get into an endless process of re-naming policies that are mostly the same but are recycled for the sake of providing new frameworks.

The desire of the EU to tackle together the major issues of poverty and sustainability can only be praised and encouraged. The framework proposed is praiseworthy in looking for human development (and not only economic). It wants to promote sustainable development and calls for the good governance on natural resources, but it is scarce to deal with climate change and puts a lot of trust in Development Cooperation whilst mentioning very little about the role of trade and taxation.

Autumn 2013 will be a critical juncture to see the progress of real commitments made by the EU both at the Rio+20 follow-up UN Working Group and the UN General Assembly Special Event on the MDGs.