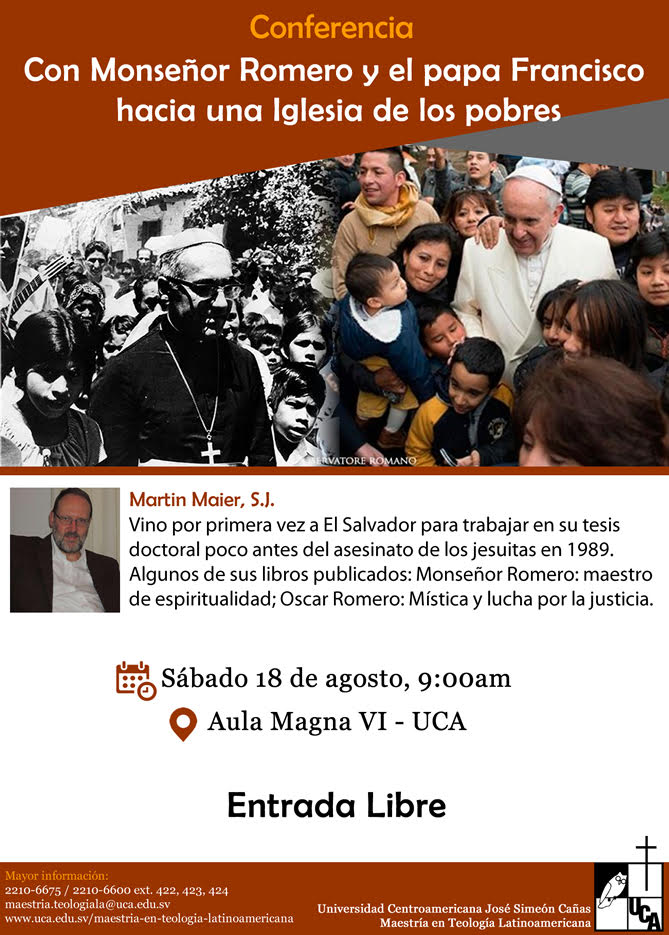 On Saturday, August 19, Fr. Martin Maier SJ gave a public talk entitled “With Archbishop Romero and Pope Francis towards a Church of the poor” in El Salvador.

Martin Maier, who is teaching in the Central American University in El Salvador, gave on Saturday, August 19, a public talk. The event was attended by more than 100 people. He described Archbishop Romero and Pope Francis as brothers in the spirit and allies in the option for the poor. There is no doubt that Francis draws a lot of inspiration from the Salvadorian martyr bishop in his vision of a poor Church for the poor. Oscar Romero will be declared a saint in Rome on 14 October 2018.” 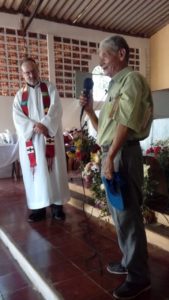 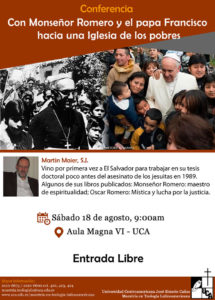