A question asked of all the ELP fellows after their first online session with Louisa Slavkova, Founder and Executive director of Sofia Platform, enhancing the democratic political culture in Bulgaria.

The path to become a leader

Louisa grew up in a small remote town in Bulgaria. As the daughter of a divorced mother, her family experienced exclusion from the countryside’s conservative community, affected heavily by the communist era. For economic reasons she decided to move to Germany and study Political Science, while later on she moved back to her country of origin, starting her career in the field of Foreign Affairs. 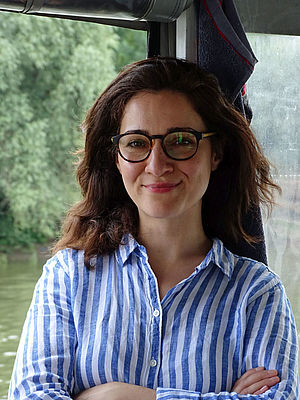 Having gone through the experience of being torn between places and values made her only more empathic towards her roots. Since 2013, she has been working for the betterment of the Bulgarian civic reality through Sofia Platform.

Even though leading an NGO can be challenging for multiple reasons, she decided to commit her time to building democracy in the local society and to focus on issues which were not dealt with after the transition. As Louisa pointed out, the sense of justice has not been yet restored in the post-communist countries, causing frustration and damage in society’s trust. I personally believe, that Louisa is showing us a good example by creating a better future through drawing from the tragedies of the past.

Word of the day: civic deserts

We only need two main ingredients for the recipe of civic deserts – pun intended. The first component is low civic literacy. People not perceiving themselves as an active part of society makes them feel less involved and powerless to direct their own futures. This is partially caused by the lack of knowledge on how to be an active citizen. The second is the missing civic infrastructure, which is the sad reality in neglected rural areas, with an aging population and little or no encouragement to engage in political dialogue. This environment has become a hotbed of growing distrust and an easy target for conspiracy theories and fake news.

Civic education is intended to change that. People experience civic engagement differently, depending on the countries in which they live. They will be encouraged to participate in dialogues on different levels depending on whether they come from the US, Western Europe or the CEE region – all of which require an individual approach within their own historical context. No matter where the ELP Fellows come from, all of us can give examples of civic deserts in our regions.

As Louisa explained, people in post-communist countries need to be confronted with their own prejudices, starting with understanding where they stand and what their values are. For the purpose of reconciliation, multivocality in education is a must. The past is not black and white, students should be motivated to find information and make conclusions about the history of previous generations on their own. In doing so, they can realize that oftentimes personal experience and the larger narratives are inconsistent but nonetheless important.

Lastly, Louisa recommended a 5-step model on how to Face History Ourselves. This method can be useful for us to recognize the power relations in our own countries, what historical topics are becoming relevant around the time of elections, what are the perceived identities our local authorities project on the citizens, who are the victims and antagonists of the past, and simply put – how history influences our everyday decisions and therefore our future.

Listen to others, to the stories they share with you. You will always find a point of connection, through which you can build trust and engage in a fruitful cooperation. You have to put yourself second in order to get the whole picture.

Build support networks around yourself – if you want to help a local case, you will need teammates from different backgrounds, who are eager to help your cause.