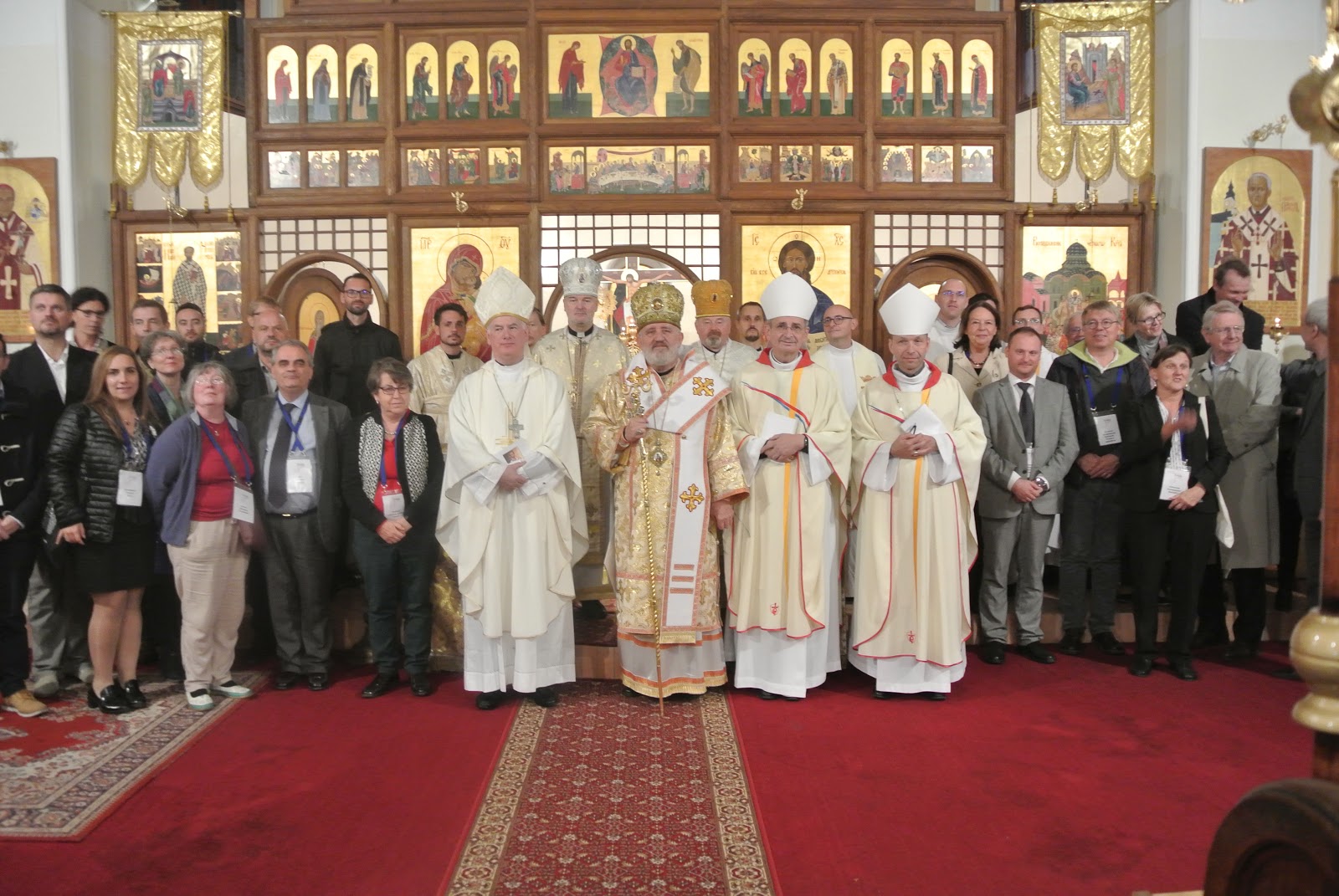 Thirty years since the fall of the Wall, here in Bratislava, the feeling is still strong about the changes that this historic event and process brought to Europe.

The international workshop “Challenges for solidarity: Living together in Europe 30 years after the fall of the Iron Curtain” was organized in the context of the Justice and Peace Europe General Assembly in the Slovak capital. It sought to provide participants, delegates from 31 national commissions and partners from across Europe, with the flavour of the Central European situation. Participants could hear the testimonies and life stories of the people who experienced the change between the life of the before, during and after the wall.

‘There is no peace without justice, no justice without forgiveness”

We discussed about Justice, Peace, Reconciliation, as well as developing and preserving creation. One of the most relevant topics was the presence of the underground Church during the Communist time, and the link of the religious dimension in the human life as a definition of freedom and identity.

In his speech, Professor Patrik Dubovski of the Nations Memory Institute highlighted how the consequences of the regime are still present in the current society, and the fact that many, who were politically active during the regime, are still there using a different shape. He, together with Mr. Pavol Kossey from the Forum of Christian Institutions, presented their personal stories of life during the transition. They underlined how the wounds are still open and how the ‘rapid’ process of normalization, at the time of transition, left bitterness in the mouth of those who hoped for a different approach to justice.

The quote from Pope John Paul II came out of the discussion on how the democratic transitions have been handled and how as Christians do they cope with their past.

In Slovakia, the Catholic liturgical and ecclesiastical life is present both in the form of the Roman liturgy and in the Greek Catholic liturgy. The participants had the opportunity to participate in a celebration in the old Slavonic language in the Cathedral of the Exaltation of the Holy Cross chaired by H.E. Mgr. Peter Rusnák, President of the Slovak Justice & Peace Commission.

A symbolic action to honor the past.

We took a symbolic action to commemorate the years when the wall was present, and especially to honour the more than 400 women and men who died along the border between Czechoslovakia and Austria between 1945 and 1989 in their search of freedom. The action consisted of a boat trip from Devin, where the gate of freedom is located, to Hainburg (Austria) through the Danube.

We met in front of the Gate of Freedom together with representatives of the association of political prisoners, veterans and authorities, for a first moment of reflection on the events and on the meaning of this monument today.

During the navigation, there was a second moment of reflection in which participants wrote down the values they strive towards, and the current walls we still have in Europe that we should overcome. They then hung them on a symbolic wall. Each participant participated in a choreographic act, throwing red and white roses in the Danube to honor all those who died trying to swim to Austria, which at that time was synonymous with freedom.

We were very touched by the action and the reflections that resulted from it.

The workshop ended with a lecture by Professor Ingeborg Gabriel ”’A courageous cultural revolution”, summarising the salient points of the workshop, stressing the need for a common narrative in order to kick off the reconciliation process.