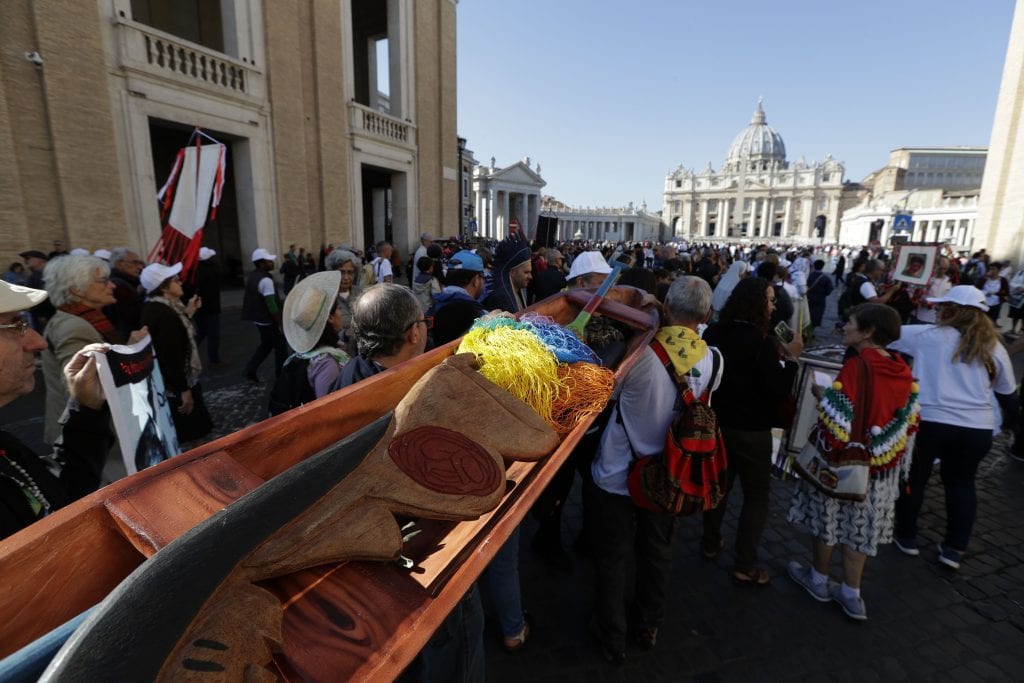 A hatred of the unfamiliar is endemic to humanity. It is part of our fallen nature. Instead of trying to assess a situation in terms of the people affected and their human dignity, we judge it in terms of strangeness and familiarity. Familiar is good because it makes no new demands and poses no unwanted questions. Strange is bad because it raises new questions and brings with it new expectations.

Rome is a familiar place to Catholics and Europeans in general. No one can walk into St. Peter’s square without a sense of coming to a place which they already know. No one can look up at the Coliseum without imagining gladiators and roaring crowds. No one can walk into the Sistine Chapel or the Vatican museums without a sense of gratitude for beauty. Not everything here is Christian. The male and female nudes of ancient Greece are not the product of Christian culture, but they have become part of the story of Christianity.

Those who made their way to the Synod on the Amazon, which has just closed, brought with them some examples of the indigenous art of the region. These wood carvings have caused offence in certain quarters, to the point that they have been stolen and thrown into the Tiber. This is supposedly in defence of the faith and of Catholic values.

What exactly is being defended? Are those statues a danger? They are certainly feared, but those who abhor them as idols are giving them a magic power, which is unworthy of a faith in the one true God. The Old Testament has put idols in their rightful place:

These eyes and ears and noses, made of wood, are also works of art. They have been carved with skill and they embody the culture of a people who live far from Europe. If this is abhorrent, it is because things non-European are abhorrent, but those who take pride in this view of the world need to ask themselves about the meaning of the word ‘Catholic.’ It took two centuries for this word to emerge as the defining word of the church. Literally translated it means ‘according to the whole.’ It suggests ‘inclusion’ and has come to be understood as ‘universal.’ Does this universality entitle us to be disgusted by the art of foreigners and to seek to destroy it? The Synod does the opposite of that. It seeks to build up a solidarity which includes all the people of our common home.

The story of ‘The Season’