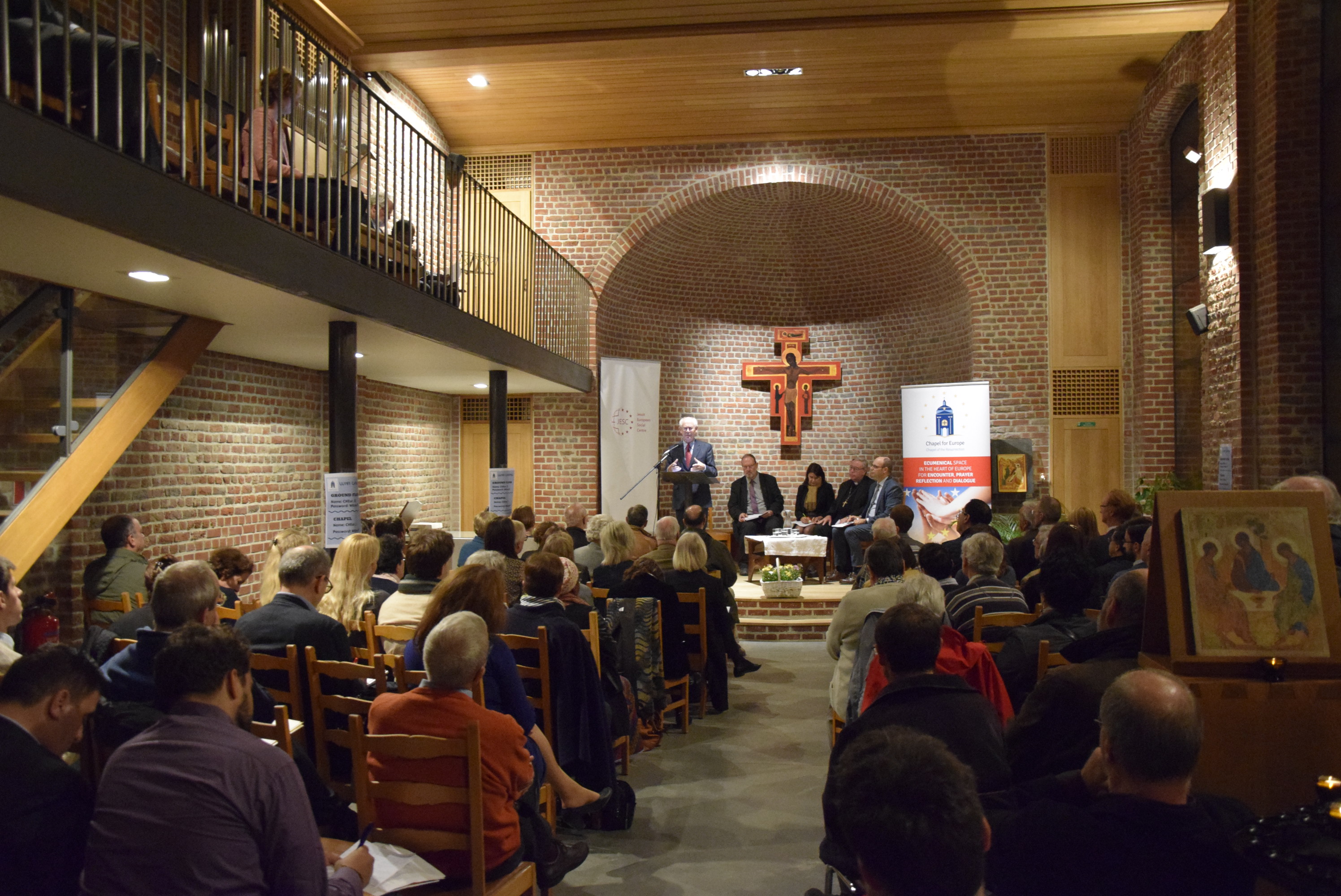 Following the successful weekend at “La Pairelle”, JESC co-organised a panel discussion, along with the Chapel for Europe, who graciously hosted the event. The theme was on “Rediscovering the European Common Good”. Mr. Herman Van Rompuy, former President of the European Council, courteously agreed to act as keynote speaker to set up the panel discussion.

In his keynote speech, Mr. Van Rompuy gave three examples, during his time as President of the European Council of what he referred to as “applied ethics”:

On the topic of European culture, Mr. Van Rompuy discussed the concept of a common base in a plural society, discouraging the idea of “absolute unity” as an objective in a peaceful and stable society and nothing the necessity of people-to-people contact especially among young people in a time of tablets and smartphones.

You can read the full speech of Mr. Van Rompuy, here.

After Mr. Van Rompuy speech, reactions and contributions followed by the panellists of the evening; Marie de Saint-Chéron of Safran, and member of the “Passion for Europe” group, Arch. Jean-Claude Hollerich SJ (President of COMECE), and Rev. Christian Krieger (President of CEC). Martin Maier SJ, Secretary for European Affairs at JESC, moderated the panel.

During the discussion which followed, Marie de Saint-Chéron agreed that “common good” is more than solely a European issue, but a broader, moral issue in the world. Archbishop Hollerich added that the EU is the object of study in countries like Japan, where regional tensions are palpable. On the topic of unity in COMECE, he also noted that the bishops, like the politicians and citizens, are divided on political issues. Reverend Krieger stressed that diversity in Europe should not be underestimated.

The evening was concluded with a convivial reception in the Chapel’s lobby.

You can see more pictures of the event, here.