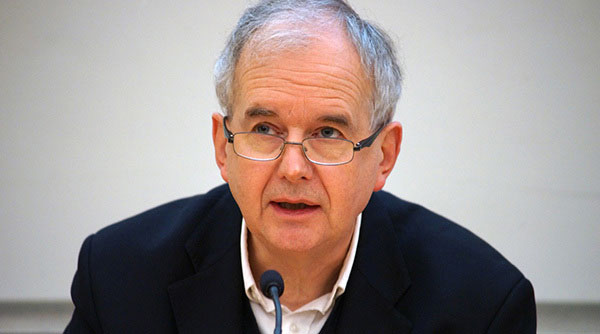 We have seen the yellow vests on the streets of Paris seeking lower taxes on fuel, and they were right.

We have seen them protesting on Saturdays to save paid working days, and they were right.

Then, they let the so-called “casseurs”, violent rioters, infiltrate the demonstrations and we looked horrified at the scenes of broken glass on the beautiful streets of Paris.

In the last protest in Paris, some of them insulted the French Jewish philosopher Alain Finkielkraut who was verbally attacked in front of his house: they shouted “Dirty Zionist, go back to Tel Aviv.”

There is something obscene about anti-Semitism in 2019 – bringing back such bad memories mixed with a sense of shame for human stupidity. If we do not learn from the past we will repeat the same monstrosities. “There is a problem with the return of anti-Semitism in France,” explains François Euvé, Editor in Chief of “Études”, the French Jesuit journal founded in 1856. It is not just a problem with the Yellow Vests movement.

“The taboo around denying the Holocaust during the Second War World has faded among the younger generations,” – explains Euvé, who’s also a professor at Centre Sèvre, the Jesuit faculty of Paris.  “They see the Holocaust as something completely abstract.”

Question: Professor Euvé, why has this movement become so violent?

“The Yellow Vests movement is something very complicated to understand. First, it started with an internal contradiction: they try to combine collective action with the demand for individual rights. They have been infiltrated by violent groups from the extreme right and left, including the casseurs, because they don’t have the same kind of control that traditional parties and unions in France still have at their demonstrations.”

So the Yellow Vests are not the ones that act violently?

“They are a heterogeneous group of people that basically agree about claiming the same rights that French citizens have in big cities, such as efficient public facilities, fast public transport, cycle paths, hospitals with sophisticated medical devices, good schools. They feel left behind. That’s why when they go to Paris, they want to express their rage, knowing that if they break the glass in a bank the insurance will pay the damages.”

The Yellow Vests at the roundabouts in the countryside have started constructive discussions about participation in politics?

“The urban dimension of the movement is the most visible one, and they decided to make it violent in order to obtain political results.  In the countryside, spontaneous gatherings have shown a healthy desire for democratic values and direct participation in politics.”

Macron has canceled the diesel tax and raised the minimum wage – is he moving in the right direction?

“Yes, but he would do better if he rethought his communication strategy – when he decided to open a national public debate, he was always at the center of the scene.”

In Europe, citizens want to be involved in public life – how can this be possible?

“Some of the yellow vests want an absolutely horizontal democracy, which is impractical. The referendum fashion can be seen as a cry for participation. A good method, for me, could be the one used by some mayors in France. Every time they have to take an important decision about the town, they involve three groups: the local council representatives, a group of experts and a group of citizens drawn by a ballot.”

A method already used by Europe Ecologie party in France?

“It’s true, Europe Ecologie is doing well on a local level, but it has not had a national impact. The function of mayors is very important at this time. Many mayors are facing huge difficulties, they feel alone and sometimes it is sad to see that they want to resign.”

Is the Yellow Vests movement going to last for a long time?

“No, it’s going to end soon – like other spontaneous movements – but from them, we can learn a lesson: the ecological revolution must be rethought. We cannot ask for a focus on the environment without also asking for equality.”

Towards another world of fraternity and social friendship