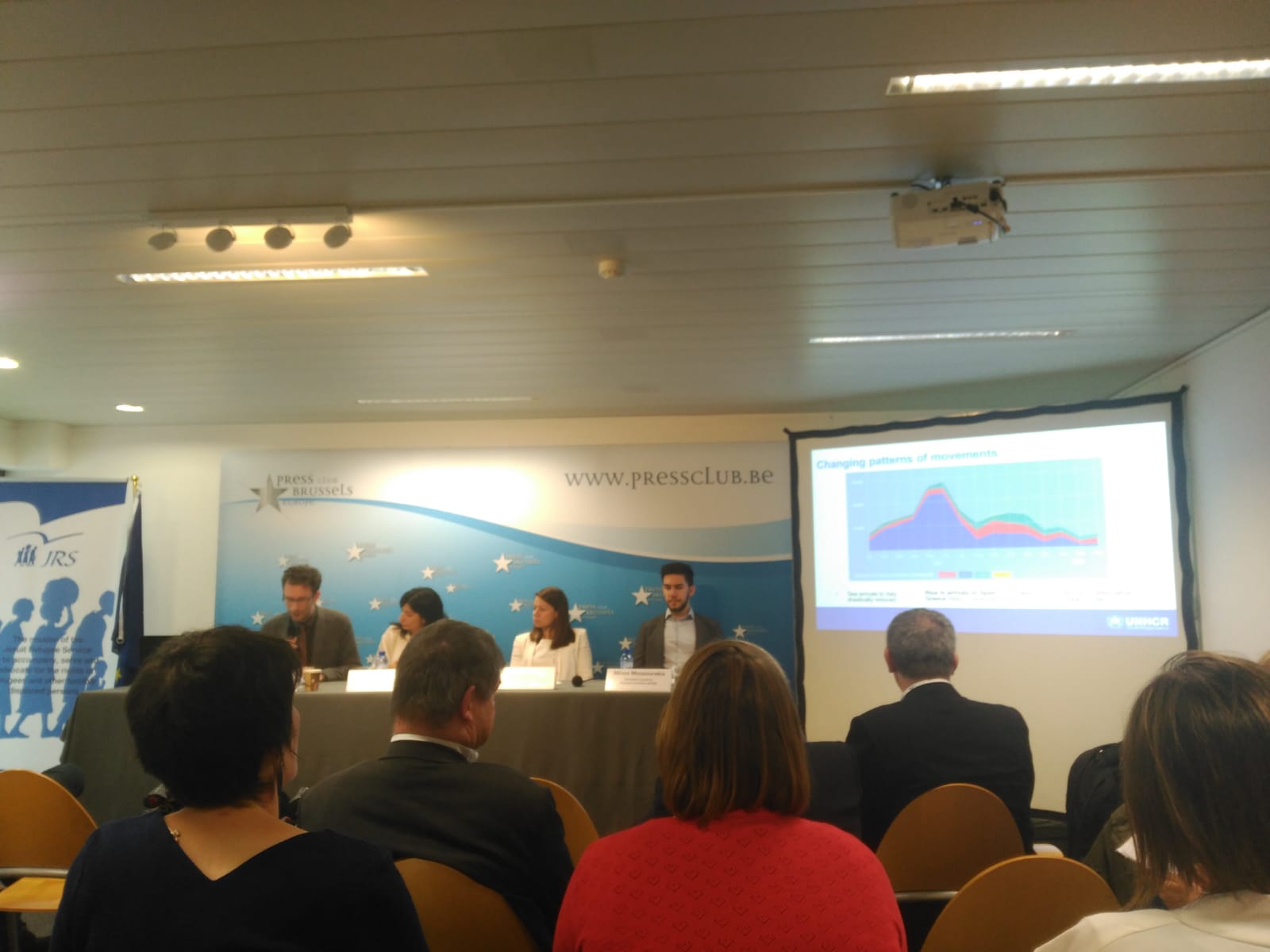 The Jesuit European Social Centre (JESC) participated in the presentation of the meticulous report conducted by the Jesuit Refugee Service Europe, “Forgotten at the Gates of Europe: Ongoing protection concerns at the EU’s external borders”, held in Brussels on 19 June with representatives of prestigious research and EU institutions. The report was presented as a necessary response to the notable increase in arrivals of migrants, asylum seekers and refugees between 2014 and 2016.

The European Union (EU) has implemented a variety of policy and legislative changes which have resulted in a significant decrease of arrivals, leading EU policymakers to claim that their policies have worked. However, by analysing six EU countries (Croatia, Greece, Italy, Malta, Romania and Spain), the JRS report evidences that all that glitters is not gold. As illustrated by Claudia Bonamini, Policy & Advocacy Officer of JRS Europe, it has been proved that less arrivals do not necessarily imply that the refugee crisis has successfully been addressed. In fact, as José Ignacio García, Director of JRS Europe, claimed, the situation might be even worse today in certain places.

Drawing from the report, Julia Behrens, Legal Research Officer of EU Fundamental Rights Agency, highlighted the fact that some EU Member States deny people access to their territory by violently pushing people back from their border without giving them any chance to apply for protection. Stefan Maier, Senior Policy Officer of UNHCR Regional Representation for EU Affairs, emphasised that people are taking increasingly more dangerous journeys to Europe, as there are hardly any safe and legal pathways to seek protection in the continent. Moreover, Maier proposed a detailed decalogue containing potential approaches to reduce further escalation of such crisis. On his part, Minos Mouzourakis, Senior Policy Researcher of ECRE, stressed the difficult, and often undignified, reception conditions refugees experience once they have passed through an EU Member State’s border.

Finally, after a moving testimony of Bohran Alzibi, a Syrian refugee living in Romania, Elly Schlein, member of the European Parliament, called for the retaking of the European principles of solidarity and equal sharing of responsibility –principles upon which the Union has been founded– as the ideal manner to face such an important challenge for the EU.