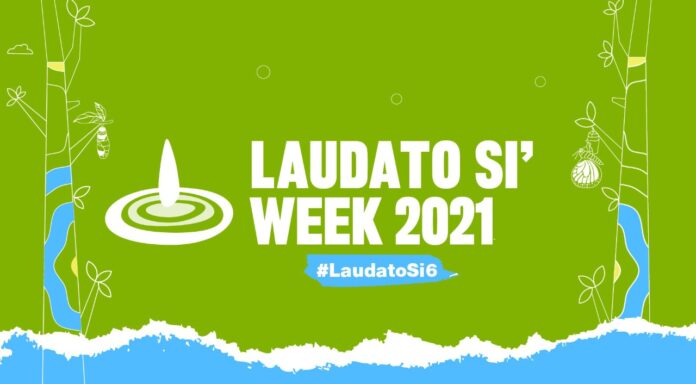 Six years ago Laudato Si’ spoke of Sister Earth ‘crying out.’ By issuing a call to dialogue on our common home, it echoed the the opening words of  the Vatican II document, ‘Gaudium te Spes:’

Combined with the Synod on the Amazon, Laudato has had  a transforming effect on the way we are called to live our faith. As Christ is the Word of God made flesh so our faith in this moment of human history is a calling us to love our neighbours in the human realities of our time.

Pope Francis begins by declaring his desire ‘to enter into dialogue with all people about our common home.’ Three years before Gaudium et Spes was issued in 1965 Rachel Carson, in her book entitled ‘Silent Spring’ warned of the human and environmental damage resulting from the indiscriminate use of pesticides. Many see this book as the beginning of the environmental movement.

For a long time there was little interaction between this movement and the church but as environmental degradation began to affect the lives of more and more people, especially in poorer parts of the world, the call to care for the people of this age became a call to care for our common home.

Laudato Si’ has evoked a powerful response, reaching beyond the church. The latest report of the Club or Rome begins each chapter with the words ‘Come on!’ Chapter two is entitled ‘Come On! Don’t Stick to Outdated Philosophies!’ The first heading in this chapter is entitled ‘Laudato Si’: the Pope Raises his Voice.’ It speaks of his call for a new attitude to nature:

‘Nature is usually seen as a system, which can be studied, understood and controlled, whereas creation can only be understood as a gift.’

One of the central themes of Club of Rome is the transition from an empty world, with its limitless horizons, to a full world where limits are ‘tangible, palpable in almost everything.’ This full world calls for the development of resources which the science of economics is unable to measure. We will have to give a lot more attention to the management of physical resources but this will prove impossibly burdensome if we fail to develop the inner spiritual resources of humanity.